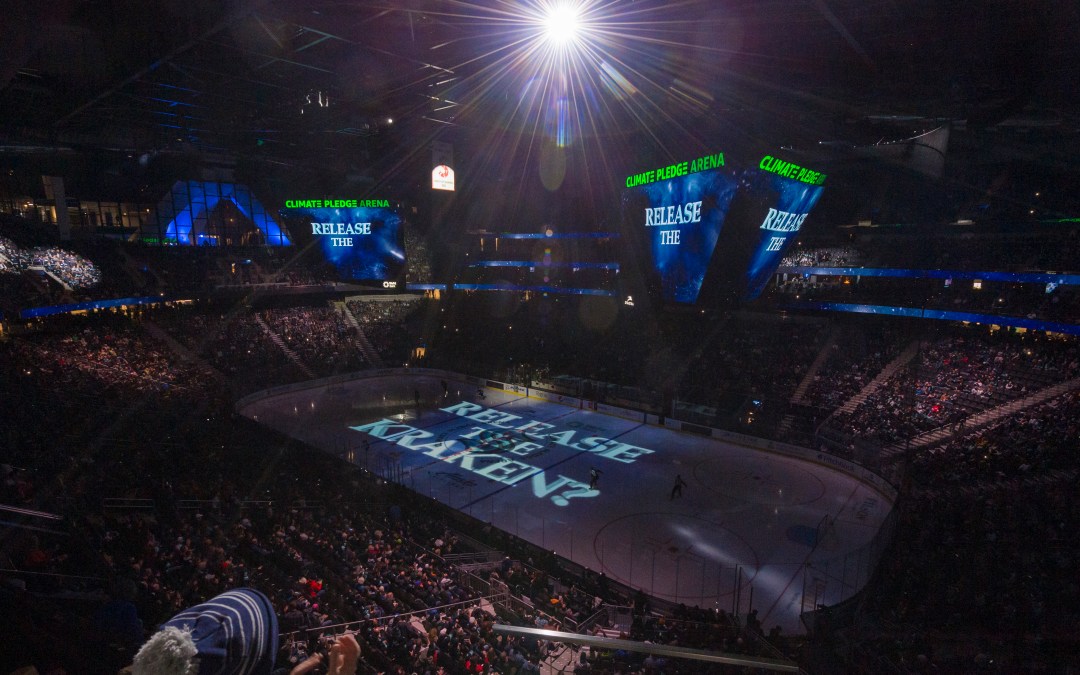 The Kraken are set to play the Edmonton Oilers on Saturday… we think.

The COVID situation around the NHL has predictably gotten worse. In response, the league and the NHLPA released a set of enhanced protocols on Saturday morning, which call for daily testing (except on off days), more masking and social distancing, and stricter rules for players and staff while they are traveling. So far, there has been no indication that a league-wide pause is coming, but it remains a possibility, as more and more players are entering COVID protocol and more teams are being temporarily shut down.

One team that has had its games suspended is the Toronto Maple Leafs, who were supposed to be Seattle’s opponent on Sunday. That game has been officially postponed with no makeup date announced so far.

As of the writing of this story, we’re still expecting the Kraken to play the Oilers on Saturday, but even that has felt tenuous. The team sent an email shortly after 1PM confirming that the game would go on.

Jesse Puljujarvi went into protocol on Saturday, bringing the Oilers to five players on the COVID list, plus head coach Dave Tippett. They delayed their flight out of Edmonton on Friday while they awaited test results. They then came to Climate Pledge Arena on Saturday morning, got tested again for COVID, and left without holding a morning skate.

Keep your expectations managed, just in case, but signs are still pointing toward a contest happening on Saturday. So, with that in mind, it’s Kraken game day!

The Kraken did hold morning skate on Saturday, but it was optional. In all, 10 skaters were on the ice, along with netminders Chris Driedger and Philipp Grubauer, who left Wednesday’s 4-1 loss to Anaheim early due to a minor injury. He returned to practice in full on Friday and apparently avoided missing any time, saying the malady was, “Nothing crazy, just kind of an awkward hit.”

Grubauer gave up another tough goal against the Ducks, one night after Driedger played great in a 3-1 victory over the San Jose Sharks. That’s three wins in three starts for Driedger, who looks like he is moving beyond some early-season hiccups. Grubauer, meanwhile, has shown flashes of what we believe he will be for this team long-term, but there’s no question there have been some questionable goals along the way.

Coach Dave Hakstol had continued to stick with Grubauer for the lion’s share of starts, but we’re wondering if this is starting to shift as Driedger is commanding more time. Remember, Driedger got two starts in a row in Florida and Buffalo, and now gets the only start of the weekend with the postponement of Sunday’s game.

Since Saturday’s morning skate was optional, we’re predicting the Kraken lines and defensive pairs based on what we saw Friday at practice (see our projection below). During that session, the Triple-J line of Jaden Schwartz, Jared McCann, and Jordan Eberle remained intact, as did the Marcus Johansson, Alex Wennberg, Mason Appleton line. Ryan Donato looks like he has moved up from the all-former-Shark fourth line that he had been skating on and has ascended to the third line with Morgan Geekie and Joonas Donskoi.

We try not to read too much into these types of things because line shuffling happens all the time on every NHL team. But we’ve always wondered what it is about Donato’s game that leads him to healthy scratches and fourth-line minutes, as has been the case on his previous teams as well. Donato’s biggest strength is his shot, so he needs to be using it and scoring goals to earn more significant roles. He scored in each of his last two games, and lo and behold, he’s now on a more offensive-minded trio with Geekie and Donskoi.

There was a decent amount of hype locally before the last contest between these two teams, back on Dec. 3. It was the first visit for Connor McDavid, Leon Draisaitl, and the Oilers, and they were fighting for first place at the time. A thrilling 4-3 Kraken win that night launched a miserable skid for the Oilers. Edmonton lost six games in a row and dropped all the way to fourth place in the Pacific Division before stopping the bleeding with a 5-2 home win over the Blue Jackets on Thursday.

In that Dec. 3 game, both Draisaitl and McDavid scored and were together on the ice for practically the entire third period, as the Oilers tried desperately to level the score. Even so, Seattle did a good job of minimizing the damage caused by the dynamic duo that night by working together as a five-man unit to take away space from the two superstars.

Interestingly, McDavid hasn’t scored a goal since that last visit to Seattle. Draisaitl scored twice against Boston on Dec. 9, but has also been held goalless otherwise.

Ryan Nugent-Hopkins, Puljujarvi, Duncan Keith, Ryan McLeod, and Devin Shore are all in COVID protocol for the Oilers. Zach Hyman is day to day with an injury, and Mike Smith and Kris Russell are on IR.

Stuart Skinner is expected to start in net. He looked quite shaky in the last matchup between these two teams, so let’s see if Seattle can get to him early.