Kraken lose in OT to Flyers, go right back to work against Flames 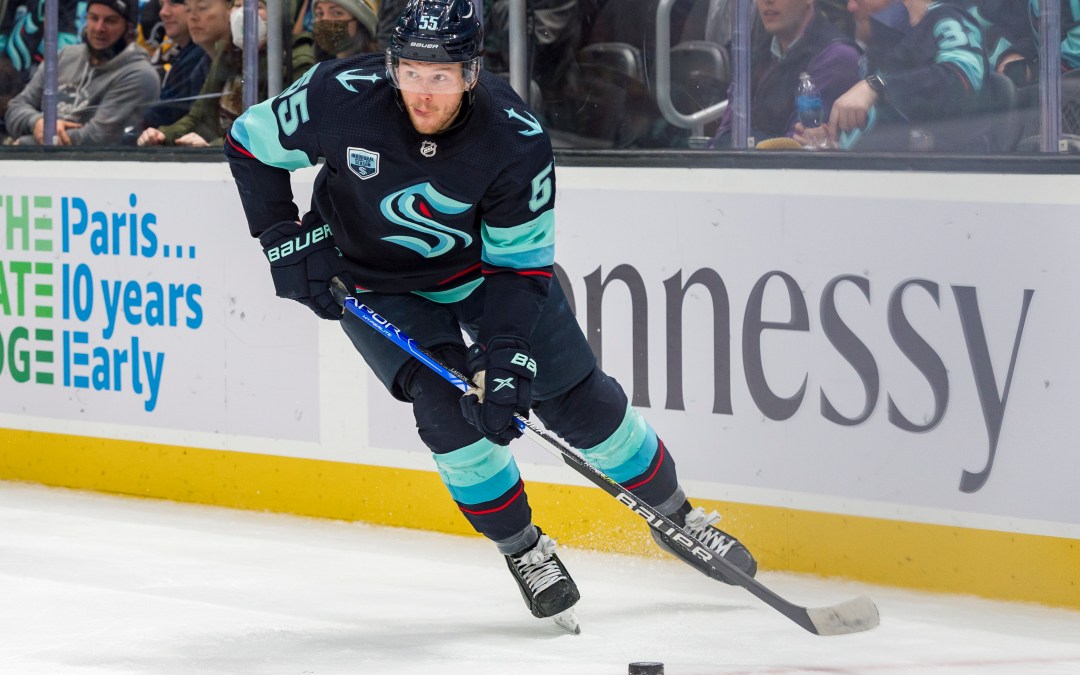 Frankly, it was a strange night at Climate Pledge Arena on Wednesday. It was great to be back in the building after a long hiatus, but with the Philadelphia Flyers playing a lifeless first two periods against the Kraken, and Seattle only capitalizing with one power-play goal through 40 minutes, the crowd was uncharacteristically quiet.

Things picked up in the third after a disallowed goal for Seattle, but the Kraken were too kind in allowing Philadelphia to remain in a game that they mostly dominated. According to Natural Stat Trick, Seattle had a 10-2 advantage in high-danger shot attempts on the night and 68.29 percent of the expected goals. On nights like that… you should win.

Let’s take a look at the latest loss by the Kraken, this one of the disappointing 3-2 overtime variety at the hands of the Philadelphia Flyers.

Jeremy Lauzon has now put the puck in the back of the net three times this season, yet he only has credit for one goal after officially scoring his first of the season on Wednesday night. Two other times, including once against the Flyers, he has had goals disallowed because of goalie interference.

With the score tied 1-1 at 5:57 of the third period, Lauzon let a shot go from the point that beat Martin Jones. The second it went in, we knew the Flyers would challenge for goalie interference, as there was certainly contact between Jaden Schwartz and Jones, and the Philadelphia netminder immediately protested.

After watching it a few times on his tablet, Flyers coach Mike Yeo indeed summoned the referee to his bench to indicate that he was challenging the Kraken goal. Replay showed that Schwartz made contact with Jones’ blocker a fraction of a second before the puck arrived, which was just enough reason to disallow the goal.

“It happened to me twice this year,” Lauzon said after the game. “It’s a little bit frustrating,”

Just 10 minutes later, Lauzon found the net again, and this time there was no question it would stick.

Adam Larsson, who had 22:38 of ice time despite just being cleared from COVID protocol on Wednesday morning, made a nice play to drive into the slot and draw defenders to him. He then dished to Lauzon who had snuck down to the top of the left circle. Lauzon ripped a snapshot right inside the near post to beat Jones again.

Said Lauzon, “I was happy the second one counted, but it’s hard to be happy when you lose a game.”

Remember that miserable Kraken loss to the Arizona Coyotes on Nov. 6? In that one, Seattle held two-goal leads on two different occasions, but let the Coyotes score three straight and fell behind in the third period. Mark Giordano tied the score with just 1:18 left, but 13 seconds later, the Kraken turned it over and the Coyotes scored the game winner.

Remember that? Didn’t that suck?

Well, the Kraken pulled something similar against the Flyers. After Lauzon gave Seattle a lead with just 5:28 left in the game, it took James van Riemsdyk all of 15 seconds to level the score when he rifled the equalizer over Philipp Grubauer’s shoulder for his second of the night.

“We made a mistake,” coach Dave Hakstol said about the tying goal. “Our right defenseman should have been back to his post there. That allows the sword at the net front be much easier, but in reality that’s the only scoring chance we gave up all period.”

The right defenseman in this case was Jamie Oleksiak, who was also playing his first game since entering COVID protocol. If you watch the replay, he circles behind the net to the wrong side, then makes contact with his partner, Giordano, who gets crossed up about which guy to cover. It’s a miscommunication that happens in the blink of an eye, but that’s all it takes to lose track of a goal scorer in the NHL.

And yes, that’s the same JvR that the Flyers made available to the Kraken in the Expansion Draft, but we won’t go there.

There have been other instances this season when the Kraken have allowed goals in the seconds that followed a tally of their own. It’s one of those cardinal sins—along with goals against in the opening or closing minute of a period—that can have devastating consequences on the outcome of the game.

The Kraken have now been to overtime four times this season, and they have come away with nothing more than a loser point on all four occasions. Three-on-three is a little bit of a crapshoot, and that’s what makes it so fun to watch. But there’s also a certain skillset needed for winning in overtime, and finishing ability is certainly key in that skillset.

It’s also not something that gets practiced extensively. Practice time is precious, and there are usually patterns or issues that coaches see in games that they want to clean up, so that is what they focus on in their typically short on-ice sessions.

To Philadelphia’s credit, it was a beautiful stretch pass through the neutral zone by Kevin Hayes to spring Ivan Provorov, who had gotten behind Marcus Johansson. Provorov then made a ridiculous move to fake Grubauer out of his jock.

Kraken back to work Thursday against Calgary Flames

The Kraken now go right back to work for their second of back-to-back games on Thursday, as the Calgary Flames come to town. The Flames got off to a… hot… start to the season, but things got derailed when essentially their entire organization got COVID a few weeks ago. Remarkably, they have not played a game since Dec. 11, and had lost four in row before getting shut down.

Even so, they remain in a playoff spot with a 15-7-6 record, a testament to how well they—and their goalie Jacob Markstrom—were playing in the early stages of the season.