The Kraken will finally play hockey Monday against the Avalanche 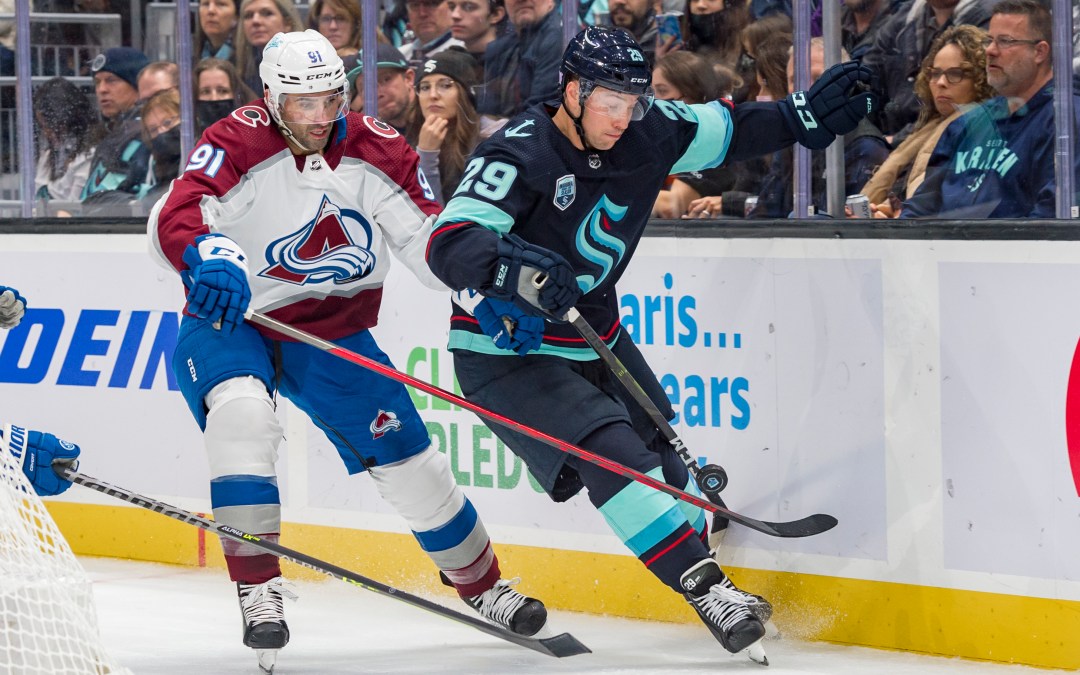 If it feels to you like a decade has passed since the Kraken last played a game, you’re not alone. It has been a loooooong time since we watched Seattle lose 5-2 to the Vancouver Canucks at Climate Pledge Arena on Jan. 1. Plus, when you factor in the similar COVID-related break in the lead-up to Christmas, it makes this layoff feel even longer. Here’s hoping the most recent break—which allotted the Kraken oodles of practice time—was just what the doctor ordered for a group seeking its first win in almost a month against the Colorado Avalanche on Monday.

Yes, you read that right. The last time Seattle won a game was Dec. 14 in San Jose. There is some context to consider, of course, as the team has only played five games since that victory over the Sharks. But winning has become a distant memory, so finding success on Monday would surely do some good for this team’s psyche.

The Kraken face an especially tough test as they look to get 2022 rolling in the right direction against an electric Avalanche team.

Jeremy Lauzon returned to Kraken practice on Sunday after being cleared from COVID protocol. That left Alex Wennberg, who has been away long enough to at least theoretically be cleared, as the last player on the COVID list. Wennberg’s participation would be a big help for the depth of Seattle’s forward lines, which look a lot thinner since Brandon Tanev was ruled out for the year and Jaden Schwartz injured his hand.

But even if he’s cleared in time for the game in Colorado, would coach Dave Hakstol throw Wennberg right back in? Remember, Vince Dunn was cleared prior to the Vancouver game, but he did not dress that night. Plus, the rest of the team has been practicing a lot lately, while Wennberg has not and could need some time to get back up to game speed whenever he does get the green light.

So, in conclusion… we have no idea if Alex Wennberg will be cleared or included in the lineup Monday.

Kraken netminder Philipp Grubauer played three seasons with the Avalanche before leaving as a free agent to sign with Seattle. When these two teams faced each other the first time, Chris Driedger was given the nod initially but got torched that night, so Grubauer came on in relief after Seattle had already conceded four goals.

While nothing was confirmed or indicated by Hakstol on Sunday, we have a hunch we’ll see Grubauer get the start against his former mates on Monday.

There is a bit of an interesting wrinkle for a goalie facing his old team. You’re so familiar with how guys play, how they shoot, and sometimes when you notice that it’s an old buddy bearing down on your crease, it can be a bit distracting.

We asked Grubauer about how much it helps to know the opponent’s tendencies, and here’s what he said:

“It’s good to know, but it can also hurt you. Just because they always shot blocker in practice doesn’t mean they’re going to shoot blocker in the game now. It’s always based on the situation. It’s good to know sometimes the tendencies of the guys, but it doesn’t change my approach or my game plan… Whether I’m facing Mikko [Rantanen] or Sidney Crosby, you always got to read the situation.”

By the way, Grubauer has been spotted wearing his old CCM-branded pads from his Colorado days a couple times this week. The backstory is that famed equipment manufacturer Lefebvre was making CCM’s pro goalie gear up until last season, but the partnership between the two companies ended with a messy legal battle. A new deal was made between Lefebvre and TRUE, so Lefebvre now makes all of the TRUE pro equipment. That’s why you see so much TRUE gear around the NHL this season, and that’s also why Grubauer switched from CCM to TRUE when he joined the Kraken.

On why he’s worn his old pads a couple times this week, Grubauer said, “The old CCM’s are basically the TRUE’s. Lefebvre made them, so I put in another order, getting the old pads back. It’s just a different feel, different pads. I went back to the old ones.”

So, there are new pads on the way for Philipp Grubauer.

One challenge with a long layoff is getting back up to game speed. Unfortunately for the Kraken, they face an Avalanche team that can quickly punish opponents that come out flat, as demonstrated in the 7-3 Colorado win at Climate Pledge Arena on Nov. 19. Seattle did practice with a lot of tempo and energy during the layoff, but the Avs hold an obvious advantage here after playing four games during the time that the Kraken were static.

Making things a bit scarier, Colorado won all four of those games, including a thrilling come-from-behind win on Saturday over the Maple Leafs. In that most recent victory, the Avs overcame two separate three-goal deficits and won 5-4 in overtime.

In the first meeting between the Kraken and Avalanche, Colorado’s best player wasn’t even in the lineup, yet the Avs still rolled to an easy win that night. Now, Nathan MacKinnon is back with a vengeance and has his team avoiding all sweets (maybe) and playing great hockey. He has points in 13 consecutive games and had a whopping five points just two games ago against the Winnipeg Jets.

Meanwhile, Cale Makar has been doing ridiculous things on the Colorado blue line, while Mikko Rantanen is up to 40 points on the season.

“You can go throughout their lineup, they generate with their forwards, but they generate an awful lot from the back end,” said Hakstol after practice on Sunday. “We got to be moving and skating, number one. Coming off a 10-day break, we have to skate against this team, and then from there, being able to spend some time in the offensive zone without being high risk.

It can be done, but beating the Avalanche is a tall task for the Kraken.