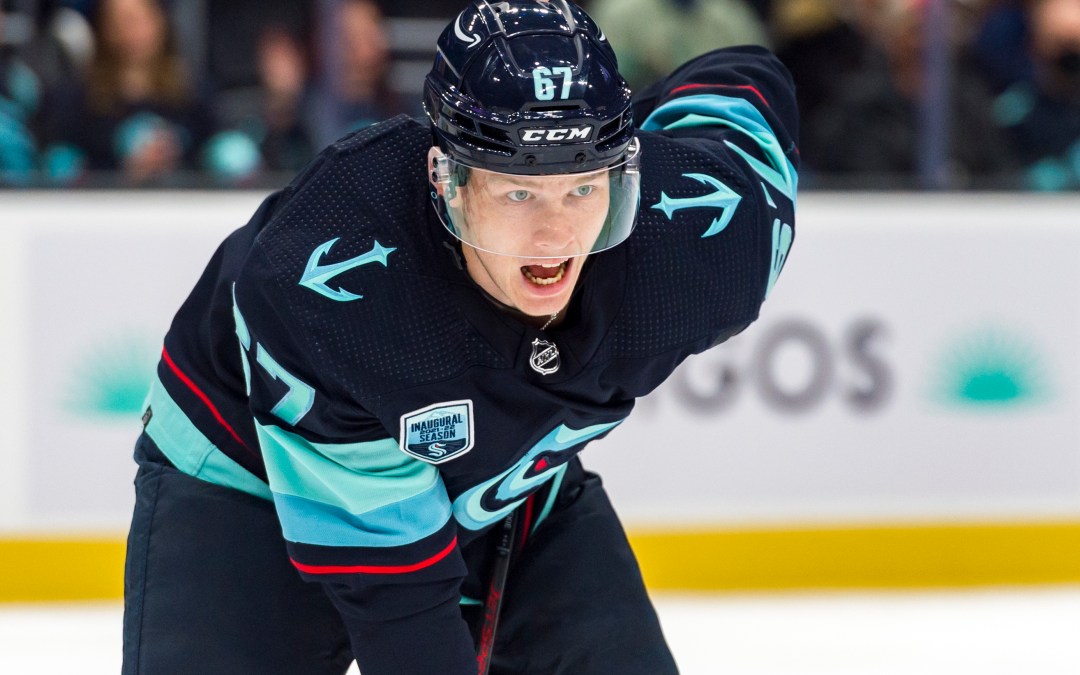 We’ve heard Kraken players say that no opposing teams have overwhelmed them this season, and if ever there were a team that could—in theory—overwhelm the Kraken, it would have been the Colorado Avalanche in their building on Monday. That didn’t happen, as Seattle looked good in the opening two periods, but eventually caved in the third and dropped their sixth consecutive game. And while players and coaches have also been careful to avoid using “silver lining” language of late, that does feel like a game from which this team can build. Let’s see if the Kraken can snap out of their losing streak Wednesday as they take on the Dallas Stars.

The news out of morning skate in Dallas was that Morgan Geekie will be replaced in the lineup by Max McCormick, who was recalled Wednesday morning from the taxi squad. Coach Dave Hakstol said Geekie is day-to-day with an upper-body injury.

With Jaden Schwartz out, Geekie had gotten some time on the top line with Jared McCann and Jordan Eberle, but was replaced by Marcus Johansson during the unanticipated layoff last week. Geekie is the third forward out of the regular Kraken lineup due to injury, joining Brandon Tanev (out for the season with an ACL injury) and Schwartz (out four to six weeks with a hand injury).

One thing we’ve seen from injury reporting with this Kraken team is that players are sometimes ruled to be day to day, but then end up on injured reserve and miss significant time. Let’s hope Geekie’s issue really is a minor one and that he will return sooner rather than later.

The injuries are certainly testing the depth of the Kraken (no pun intended). As an expansion team that splits its AHL franchise with the Florida Panthers, there simply aren’t as many bodies that Seattle can plug in to replace injured or sick players compared to other teams.

Thankfully, there are no players in COVID protocol for the Kraken… at least for now.

Philipp Grubauer getting the nod again for Kraken against Stars

There’s always some debate to be had on how to deploy goalies for back-to-back games. Hakstol will stick to the more traditional route of playing his No. 1 goalie in the first game Wednesday and turning to Chris Driedger on Thursday in St. Louis.

Grubauer really did play well against the Avalanche on Monday and made a couple ten-bell saves down the stretch that held the lead for the Kraken for a while. Eventually he got hung out to dry, and the Avs capitalized with a debatable goal off a skate and a two-on-one snipe by Nazem Kadri.

It’s been an up-and-down season so far for the Dallas Stars, who are currently five points out of the last wild card spot in the Western Conference. They had six consecutive games get postponed before returning with wins against Florida and Pittsburgh on Thursday and Saturday. They then lost to the Blues on Sunday, and that game also costed coach Rick Bowness $25,000 for smashing a stick and yelling some obscenities.

Jamie Benn and Tyler Seguin—the typical drivers of the offensive bus for Dallas—have not had particularly monstrous starts with 17 and 13 points respectively. Watch out for the top line of Joe Pavelski, Roope Hintz, and Jason Robertson, though, as all three of those players have had impressive campaigns. Combined, the trio has 83 points on the season.

The Stars have gotten good goaltending from starter Braden Holtby, but he is currently in COVID protocol, so Jake Oettinger will get the crease for the Stars against the Kraken. The 23-year-old Oettinger has also been good, posting an 8-2-0 record with a 2.22 goals against average and .923 save percentage.