Three Takeaways from Kraken loss to the Dallas Stars 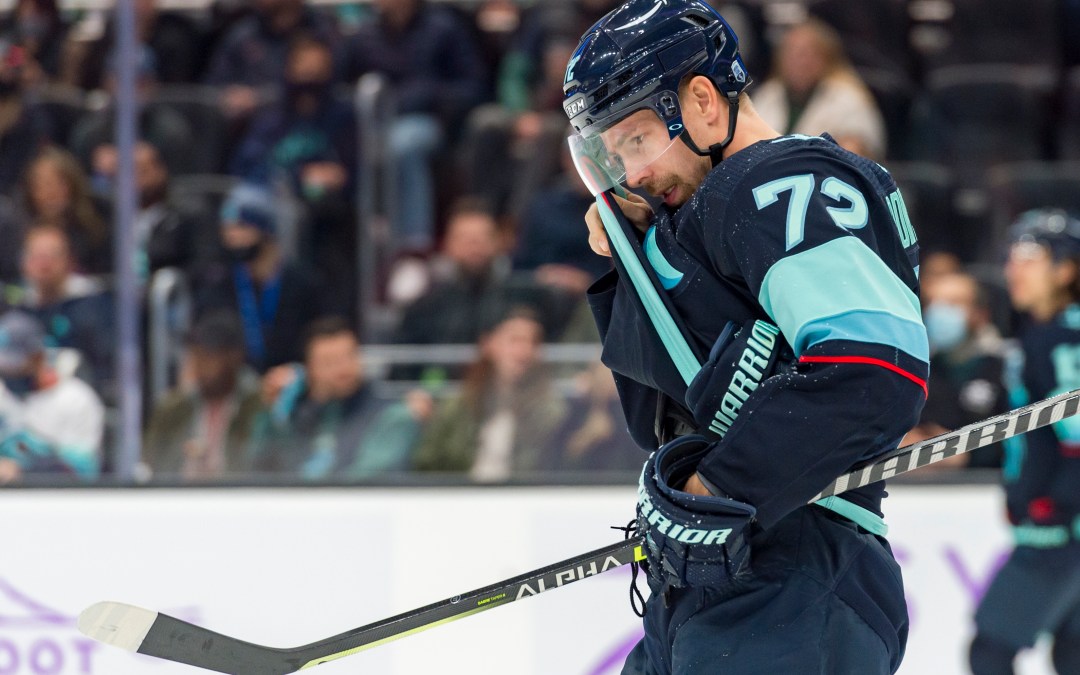 There was a brief stretch of this season—following the Kraken’s first six-game losing streak—when Seattle showed that it was capable of winning games. On the nights they were victorious, they played complete 60-minute contests for one another. They did seemingly everything right with every individual contributing, selling out to block shots, and paying close attention to detail to prevent giving up prime scoring chances. On Monday against the Avalanche and on Wednesday against the Stars, the Kraken showed flashes but did not bring sufficient effort for the full 60 minutes to come away with ‘W’s.

On Monday, the Kraken looked good in the first and second periods, but fell apart in the third. On Wednesday, the opposite happened, and a slow jump out of the gate was enough to send the Kraken to their seventh consecutive loss, a streak that dates all the way back to Dec. 14.

Here are our three takeaways from a 5-2 Kraken loss to the Stars.

After the way the Kraken played in Colorado on Monday, we were hopeful that they would build off that performance against the Stars. After all, they very well could have beaten a much better Avalanche team that night, so there were some positive vibes coming from the players after the game, despite the sixth consecutive loss.

Instead, the Kraken came out flat as a pancake on Wednesday against a Stars group that was absolutely flying from the jump. When the dust settled on the first period, Seattle trailed 3-1, buoyed slightly by a nice power-play goal by Calle Jarnkrok, set up by Jared McCann and Marcus Johansson.

The Kraken did look like a different team in the second period, and would have been a stone’s throw from tying it after the frame if not for a late breakdown that ended in Joe Pavelski’s second easy tap-in goal of the night.

Said coach Dave Hakstol, “I had no issue at all with our effort and compete in the second and third period, but we didn’t match them in the first.”

We’ve certainly seen this kind of start before from the Kraken, but after they played so well on Monday, we were hopeful they could skate with a Dallas Stars team known for getting off to hot starts in their own building.

It didn’t happen on Wednesday, and the pushback was too little, too late.

Takeaway #2: We tried to warn them about the Dallas top line

We pointed out in our preview of Wednesday’s game that the Dallas top line of Roope Hintz, Jason Robertson, and Pavelski has been having a great season, combining for 83 points. 20 minutes into the game Wednesday, that trio each had a goal. So, apparently the Kraken didn’t listen.

It’s an interesting shift to see who is leading this team now. For years, the Stars were paced offensively by Jamie Benn and Tyler Seguin, who were often on a top line together. They’ve now slid into more of a second-line role, while Robertson, 22, and Hintz, 25, have emerged as offensive powers playing with an ageless wonder in Pavelski.

Perhaps it’s because Dallas is currently outside of the playoff picture, but we don’t hear much about this club. It is a good team that should get back in the hunt.

We remember a press scrum with Brandon Tanev at the Expansion Draft. Turbo talked about McCann and how excited he was to play with his old Pittsburgh teammate again, knowing what a great player and person he was.

Well, Tanev wasn’t messing around. McCann has proven to be perhaps the best pick from the Expansion Draft in terms of the value he has brought to the team versus what was expected of him. His goal on Wednesday was his 15th as a Kraken, already setting a new career high for a season, and Seattle has 47 games left to play.

McCann’s latest tally came off a beautiful saucer pass right through the crease by Jordan Eberle. McCann found a quiet spot on the ice, sneaking down the right side, and Eberle—who continues to show his exceptional playmaking ability—found McCann, who buried it.

In addition to his goal, McCann also assisted on Jarnkrok’s power-play marker and tried to return the favor to Eberle in the third period when he put a perfect pass on his linemate’s tape in the slot. Eberle deked to his left, but Jake Oettinger sprawled and made his best save of the night.

McCann leads the Kraken in goals and is just one point behind Eberle for the scoring lead. He is one of those players that has truly flourished with a more significant role with an expansion franchise and should see a nice raise on his $2.94 million contract, which is expiring after this season.

By the way, we received a Twitter question asking if we think he’ll re-sign with Seattle. McCann will be a restricted free agent after this season, so as long as the Kraken extend him a qualifying offer, they retain his rights. So, yes, we expect him to re-sign with the Kraken.