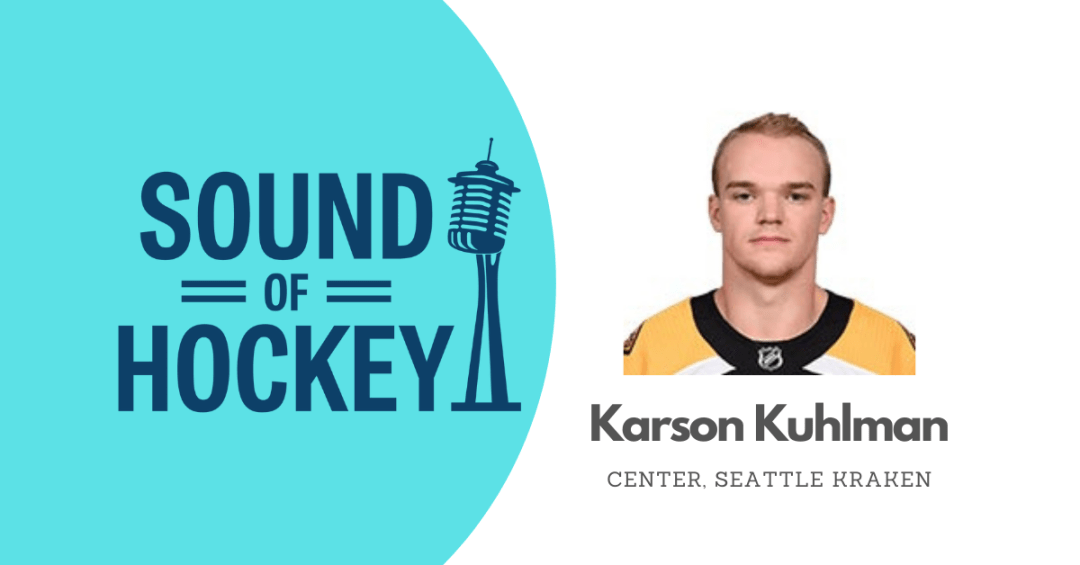 The guys cover a LOT in this episode of the Sound Of Hockey Podcast, and in the process, they introduce you to the newest member of the Seattle Kraken, Karson Kuhlman. Kuhlman was claimed off waivers from the Boston Bruins last week, so he talks about the whirlwind it has been to get to Seattle and get acclimated to his new team and city. He also shares some thoughts on playing for the UMD Bulldogs and the Bruins and explains why Darren is wrong about Duck, Duck, Grey Duck.

Aside from the chat with Karson, the guys also dig into the last three Kraken games since the previous episode, in which Seattle won two out of three against the Sharks, Blues, and Panthers. John, Andy, and Darren are especially amped up about the outcome of the Florida game. They also talk about the Coachella Valley Firebirds jersey and Darren defends Jeremy Lauzon again.

Before getting to the Kuhlman interview, they dig into the very difficult topic of racism in hockey, hoping that the conversation can fuel even the smallest change in a few folks out there.

After the Kuhlman interview, the guys move on to their segments, which this week include Goalie Gear Corner, Weekly One-Timers, and Three Stars.