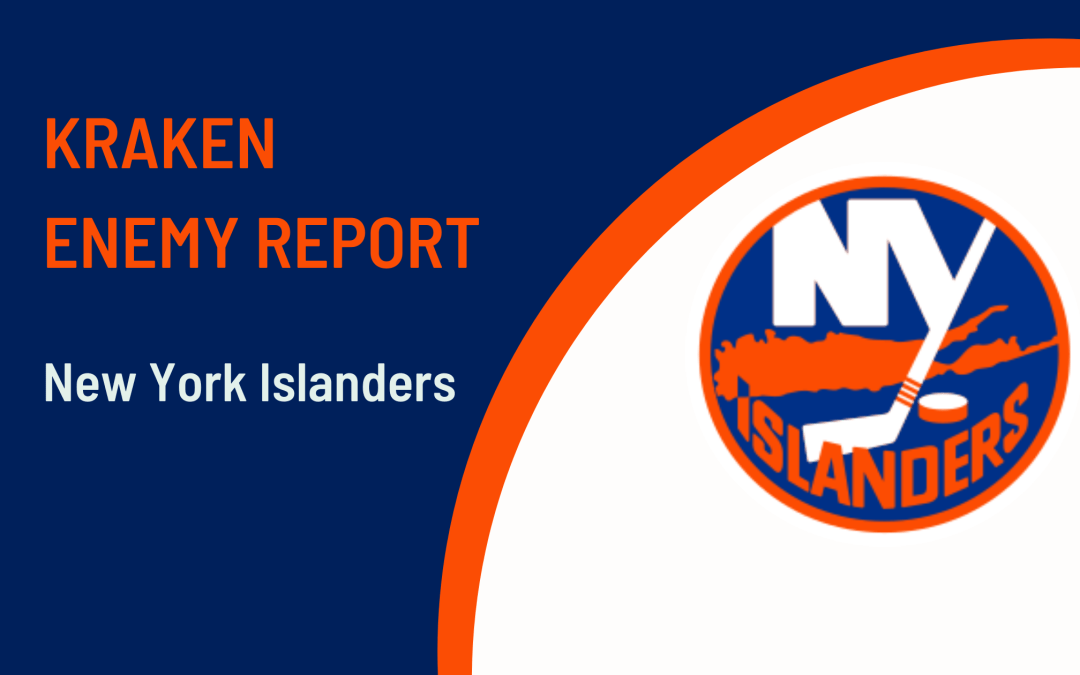 There was a time when the New York Islanders were considered to be Stanley Cup contenders this season. It made sense since they were coming off back-to-back trips to the Eastern Conference Final and just needed to take that one next step.

We are still waiting for that next step.

Like the Kraken, the Islanders have struggled this season and are not Stanley Cup contenders. They have struggled to score goals, averaging 2.44 scores per game which is 29th in the NHL (Seattle is ranked 27th at 2.58), and this has held them back.

They did start with a long road trip while their new UBS Arena was being finished, and that road trip did not go well. The Islanders stumbled out of the gates and never have recovered.

The return of Mat Barzal

His last season with the Thunderbirds in 2017 ended with him leading Seattle to its first ever WHL Championship win. Barzal ended the year as the playoff MVP and helped win a memorable Game 6 in his final game at the accesso ShoWare Center in Kent.

“Just that feeling you get when you have history in a certain spot,” Barzal said at Climate Pledge Arena on Monday. “When we won that championship there was this euphoric feeling that I got, and we got as a team. We felt like we worked so hard for four years to accomplish that in my 19 (year old) year. A bunch of my good friends and teammates that year, we came up at 16, 17, 18 and then we won at 19 so it was super rewarding.”

Expect there to be a decent contingent of fans sporting Barzal number 13 Thunderbirds jerseys in attendance.

Who is stopping the puck?

Islanders coach Barry Trotz will be starting Ilya Sorokin in net. Sorokin is having a good season, despite New York’s struggles this year. He comes into Tuesday’s game with a .921 save percentage and a 2.44 goals against average.

Sorokin did not play in the Feb. 2 game between these two teams, which was won by the Kraken 3-0.

Who are the Islanders to watch?

New York isn’t loaded with top-end scorers, but that doesn’t mean they are devoid of talent. It starts with Barzal who will be their top center and log a ton of ice time Tuesday.

Center Brock Nelson provides some secondary scoring and leads the Islanders with 17 goals this season. Anders Lee can find the back of the net and has 13 goals. Josh Bailey hasn’t scored much this year but is creating and has 22 points on the campaign.

New York is 13-4-4 when it scores first so this will be a great game for the Kraken to break the trend of conceding an early goal against.

Considering the Kraken’s troubles with the power play, this figures to be a low-scoring game. Bet the under if you’re the gambling type.

Barzal is the obvious connection and will be playing his first hockey game in the Seattle area since 2017, but he’s not the only connection.

Forward Kieffer Bellows played a season in the WHL with the Portland Winterhawks in 2017-18. He had a good season with Portland scoring 41 goals and 74 points.

The ageless wonder that is Zdeno Chara played his junior hockey in the WHL which meant he visited Seattle with the Prince George Cougars. Tuesday will not be his first appearance under the Climate Pledge roof. He had one memorable moment playing the Thunderbirds at the Key Arena.

Tuesday’s game will be Chara’s career game No. 1,651, which will tie Chris Chelios for the NHL record for games played by a defenseman.