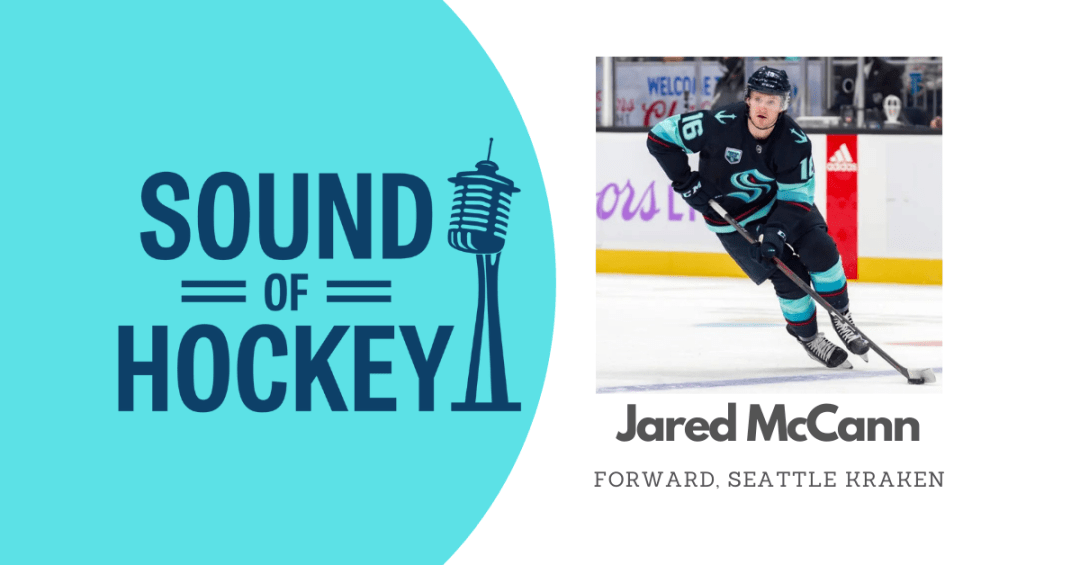 On the latest Sound Of Hockey Podcast, the guys welcome Seattle Kraken leading scorer, Jared McCann. John and Darren have a fantastic conversation with Jared about his journey to the Kraken, his experiences with the team in its inaugural season, the Trade Deadline, and so much more. Whether you’re a Kraken fan or just a hockey fan in general, you won’t want to miss this one.

Also on this episode, the guys break down the two most recent Kraken games, and Andy shares his thoughts on the Battle of the Sound game between the Thunderbirds and the Silvertips.

Before they get to the interview with McCann, the guys shift gears and discuss how the hockey world is responding to the crisis in Ukraine.

After the interview, the show transitions into its segments, which this week feature Goalie Gear Corner, Weekly One-Timers, and Three Stars.