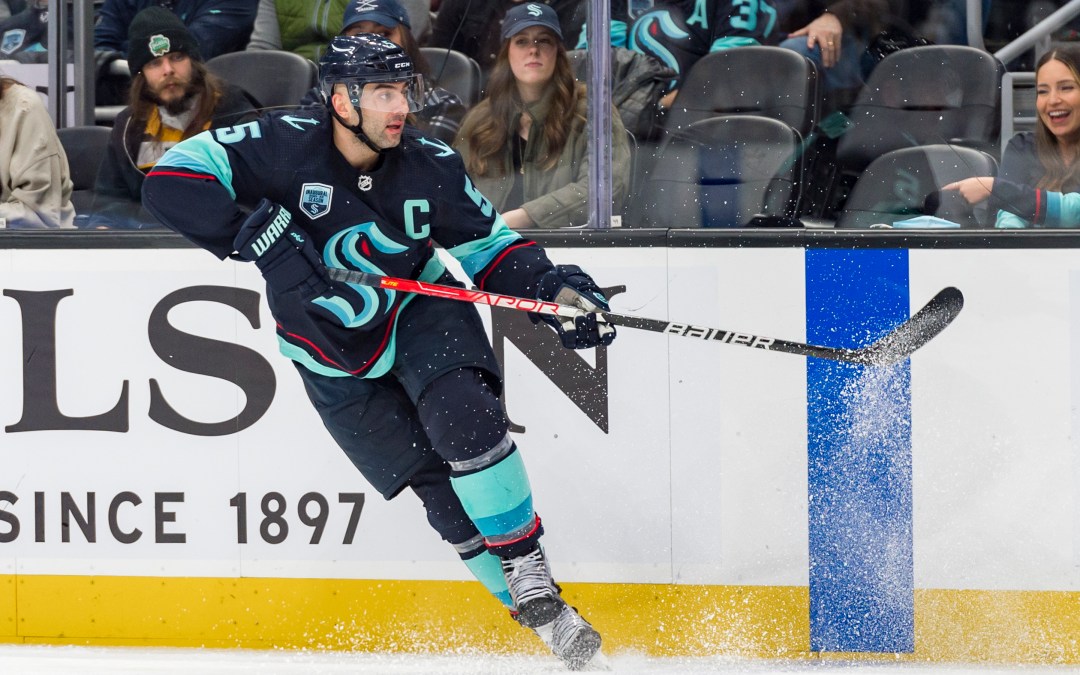 The worst-kept secret in hockey—that Seattle Kraken captain Mark Giordano was a potential trade candidate—is a “secret” no more. Giordano and forward Colin Blackwell were traded to the Toronto Maple Leafs on Sunday, a day before the NHL Trade Deadline. The Kraken received a second-round draft pick in 2022, a second-round pick in 2023, and a third-round pick in 2024. Seattle will also reportedly retain 50 percent of Giordano’s remaining salary and cap hit, according to Pierre LeBrun.

We all knew this was coming, at least for Giordano. It was made abundantly clear that the 38-year-old defenseman had played his last game as a Kraken. He was held out of the lineup against the Lightning on Wednesday after the team honored him with a ceremony commemorating his 1,000th game and again did not play on Saturday against the Red Wings.

Giordano addressed the Seattle media one last time after Friday’s practice and summed up his time in Seattle for us. “I’m happy to be part of building something here,” he said. “Being named captain is something I don’t take for granted, and for the organization to put the ‘C’ on my jersey this year means a lot. I know we didn’t get the results we wanted, but I do think there are a lot of positives to take away from the way this thing was built and is being built.”

Blackwell’s trade is no surprise either, being that he was on the last year of his contract. Still, there was some thought—at least here at Sound Of Hockey—that he could stay with the Kraken beyond this season. He had recently cemented himself on a third line with Yanni Gourde and Mason Appleton that was showing true chemistry.

Giordano had six goals and 17 assists in 55 games for Seattle, while Blackwell had eight goals and nine assists in 39 games.

From the business side of hockey, it makes all the sense in the world to trade these two players. The Kraken are in last place in their division, and they need to build for the future, so—like they did in the Calle Jarnkrok trade—they’ve done everything in their power to gain draft capital for players on expiring contracts.

There were reports out there that general manager Ron Francis had been asking for a first-round pick for Giordano. So hearing that two significant players went to Toronto for two seconds and a third is slightly disappointing, especially considering some of the prices we’ve seen get paid in recent days.

Still, Seattle has done a good job of gathering these valuable assets and has added six additional draft picks so far, and now have 30 draft picks over the next three seasons.

On the personal side of things, we absolutely loved covering Giordano and Blackwell. Both come across as true professionals and great humans. They also were really fun to watch play and brought separate sets of unique elements to the Kraken in their inaugural season.

In addition to what they bring on the ice, Toronto is getting two great personalities for their dressing room. We also know Giordano was interested in going to play in his hometown and chase a Stanley Cup, so we wish both him and Blackwell the very best of luck in that endeavor.