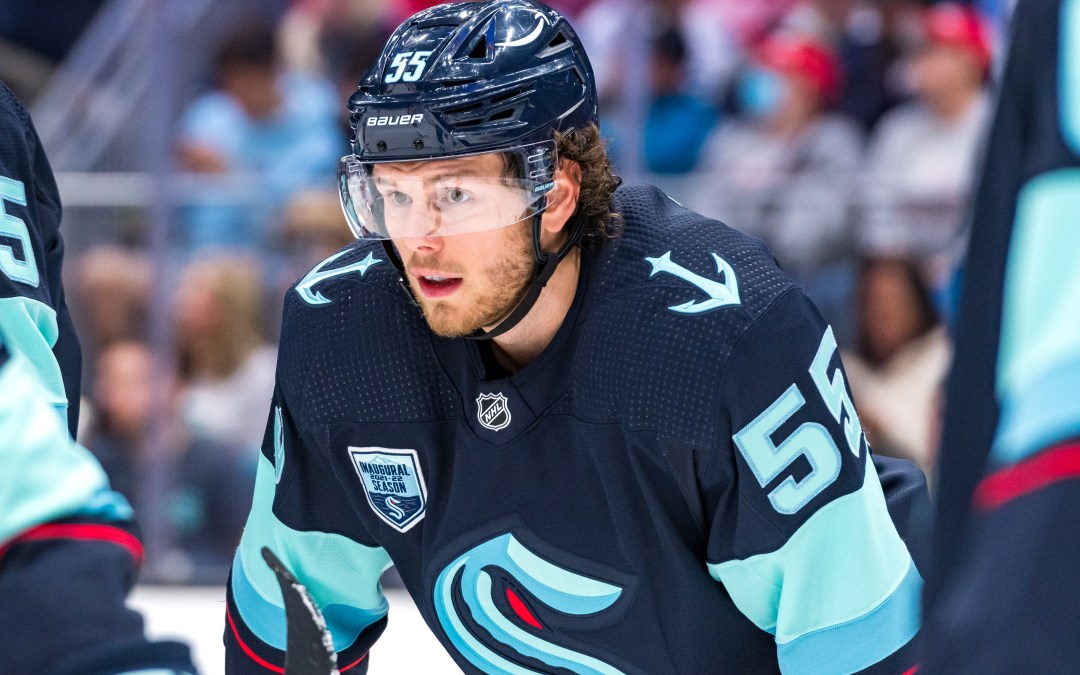 If you thought the Seattle Kraken were done wheeling and dealing after they moved their three most obvious trade candidates in Mark Giordano, Colin Blackwell, and Calle Jarnkrok, then you were sorely mistaken. Late Sunday, general manager Ron Francis kept hustling and sent Jeremy Lauzon to the Nashville Predators for a 2022 second-round draft pick and Mason Appleton to the Winnipeg Jets for a 2023 fourth-round pick.

The earlier deals for players on expiring contracts were unsurprising. We knew those were coming; the only question was what the returns would be for those players.

Though Francis had recently said he was “open for business,” we frankly did not expect Lauzon or Appleton to be traded at this juncture. The moves are reminders that Seattle expects to look very different next season, and Francis and his staff are hellbent on acquiring as much draft capital as humanly possible prior to Monday’s NHL Trade Deadline.

With these latest trades, the Kraken have added eight picks in less than a week, and they now hold a whopping 11 picks in the 2022 draft with four of those coming in the second round. Over the next three seasons, they have 32 total picks.

Both of these trades were somewhat surprising, only because Lauzon and Appleton were two players that had carved out regular roles in the lineup. While both are on expiring contracts, they are set to become restricted free agents, meaning they will have few options other than signing with their current teams. The Kraken would have held most of the cards in negotiations, had the players stuck around, so we did not expect them to be moved.

These players did not have especially memorable tenures in Seattle. Though Lauzon earned a spot in the lineup almost every night as a stay-at-home defender that brought a uniquely physical element, he drew the ire of a lot of Kraken fans. We liked his game a lot more than most, but we recognize this was an unpopular opinion. The return of a second-round pick in the upcoming draft does feel like a nice return for Lauzon.

Said Francis via press release, “Jeremy brought a physical edge to our blue line, and we are thankful for his contributions to our team. We wish him well in Nashville.”

Oddly, the pick that Lauzon brought back may end up being the highest pick the Kraken have received so far for any of the five players they have traded.

As for Appleton, Winnipeg gets back a player who was well respected in that market before the Jets lost him in the Expansion Draft. He never seemed to really hit his stride with the Kraken, though, and he departs after scoring six goals and adding 11 assists in 49 games. His game did improve in the second half of the season, especially since he was placed on a line with Yanni Gourde and the also-traded Blackwell. A fourth-round pick seems fair here.

“Mason brought a hard-working effort to the rink, and we want to thank him for his time with the Kraken,” said Francis.

We did notice that the quotes from Francis have gotten much shorter since the Giordano trade.

What do the Kraken do now?

We shall see if these are the last moves the Kraken make, though we would not be remotely surprised at this point if more players get shipped out.

Our theory is that the players Francis felt he needed to move—meaning those becoming UFA’s that still had potentially significant trade value—have been traded. Now we believe we’ve shifted into the final stages of the Trade Deadline, where Francis is likely fielding calls on the rest of his roster and considering whether or not to accept offers.

As for what’s left of the team’s current roster? Well, that seems to be getting thinner by the hour. The rest of the season is unimportant in the grand scheme of things, but we are curious to see how Seattle performs the rest of the way. Guys like Haydn Fleury and Will Borgen (assuming they’re still here) are likely to have solid roles on the blue line, while Kole Lind and maybe somebody like Alexander True and eventually top prospect Matty Beniers will get solid looks up front.