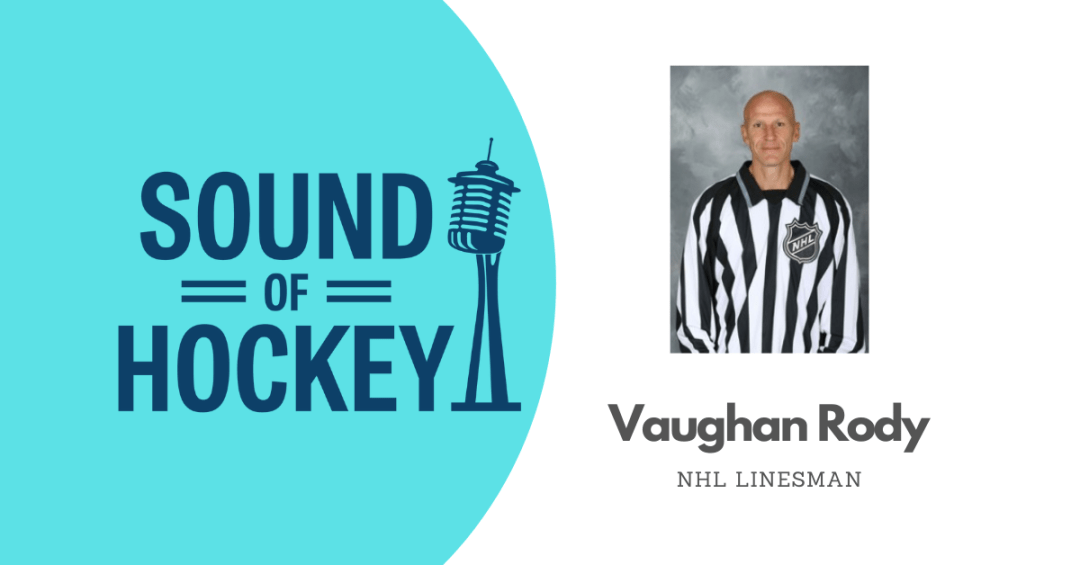 This is a fun one, folks! The Sound Of Hockey Podcast couldn’t have timed its interview guest any better, as NHL linesman Vaughan Rody will hang up his stripes after 22 years in the league following Wednesday’s game between the Seattle Kraken and the Colorado Avalanche. Rody has an incredible story to tell, and he lives locally in the Seattle area, so his connections to the Pacific Northwest run deep. He will definitely make you laugh a few times, too, so tune in for this one.

Also in this episode, John, Andy, and Darren do some more gushing over Matty Beniers, who now has two goals in as many home games, and they recap those two Kraken games in full.

After the interview with Vaughan Rody, the guys shift to their regular segments, which are plentiful this week, and cover such topics as fans covering Ryan Hartman’s fine for flipping the bird to Evander Kane and Dryden McKay accepting a six-month suspension for a banned substance.

Segments include Goalie Gear Corner, Bad Boys, You Don’t See That Every Day, and more!