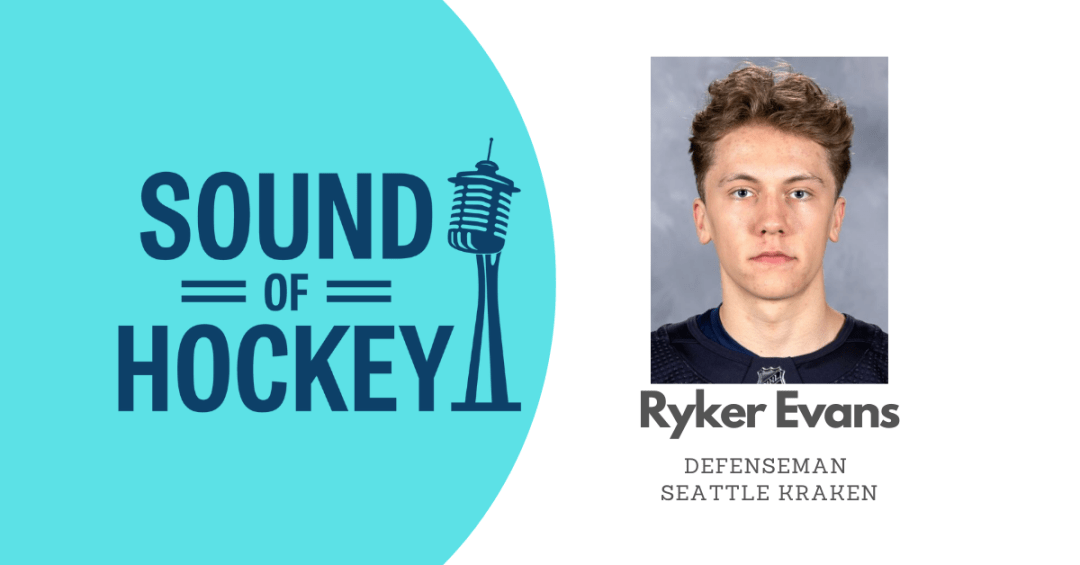 These are exciting times for Kraken fans, as the NHL Draft is here, and the team is expected to make some significant changes to its roster in the coming weeks. Seattle made two big hires this week in Steve Briere and Jessica Campbell, and Ron Francis gave a pre-draft press conference on Tuesday, so on this episode of the Sound Of Hockey, you will get lots of Kraken updates.

Also on this show, the guys welcome Kraken defenseman Ryker Evans for a fun chat about his draft experience, his first trip to Seattle’s training camp, and much more.

After the interview with Ryker, the show shifts to segments, which feature the triumphant return of Goalie Gear Corner, followed by Weekly One-Timers and Tweets of the Week.