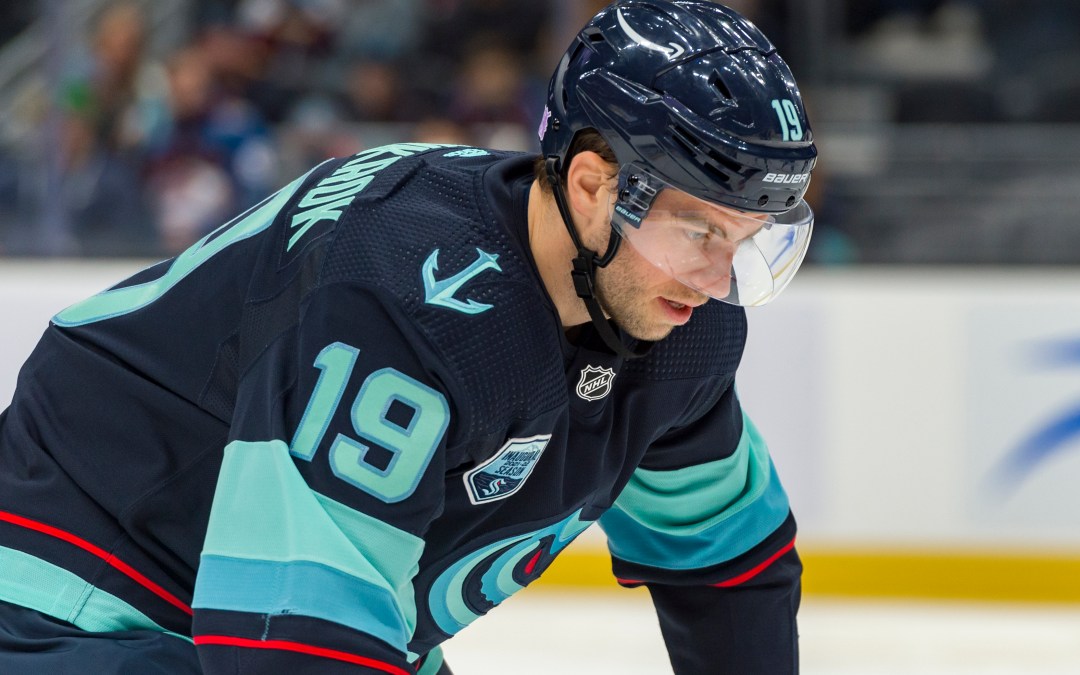 The Seattle Kraken signaled they were going to be major players in NHL free agency when they chose not to qualify restricted free agents Haydn Fleury, Dennis Cholowski, Daniel Sprong, and Ryan Donato. This is consistent with the theme of being “aggressive” in free agency, which we continued to hear was the plan from general manager Ron Francis toward the end of the regular season. The Kraken are now armed with the cap space and roster spots to target some of the higher-end players available. Based on roster projections, we believe the Kraken will add at least two top-six forwards and one defenseman. Let’s look at some of the top free agents the Kraken may target on Wednesday when free agency opens in the NHL.

Gaudreau is a unicorn. This type of player rarely makes it to free agency, and he is the cream of the crop in this year’s free agent group. He is coming off his best season ever with 40 goals and 75 assists. Gaudreau will have many suitors, but there is only a handful of teams that have the cap space to pay him the $10+ million dollars times seven years that is expected out of his next deal. As a fit, Gaudreau would be perfect for Seattle, but the 28-year-old winger may seek out a more immediate cup contender.

Likelihood of signing with Seattle: low

Palat is an outstanding playmaker that can score goals. He has a knack for scoring when the team needs a goal the most, which includes the 2022 NHL Stanley Cup Playoffs. It will still be a surprise to see Palat reach free agency, but we are less than 24 hours away, and it looks like he will hit the market. Palat would be another great piece for the Kraken and plays a strong two-way game that the team values.

Strome is another forward coming off a career year for the New York Rangers. He plays a very versatile game and has been steady for the Rangers. He is not flashy but can play on the power play and penalty kill, which the Kraken desperately need to improve. Strome fits the DNA of the type of player the Kraken value, a two-way, defensively responsible player. If the Kraken do not land the Johnny Gaudreau unicorn, the Kraken will need to add goal scoring by committee.

Burakovsky scores goals. He has a great shot and sometimes gets a reputation of being a bit one dimensional, but his underlaying defensive metrics this season are sound. There is always a concern his contributions are overstated by playing with such a powerhouse team like the Colorado Avalanche. 2021-22 was a career high in goals scored for the 27-year-old, but the rate in which he scores goals has been consistent in prior seasons. The Kraken need goal scoring and Burakovsky fits the profile.

It is rare that a player is traded away at the trade deadline, only to return to his old team the following season. Jarnkrok had a rough start in his time in Seattle with COVID and an injury, but he eventually got the puck to bounce his way. He was the classic two-way forward that this team values. Unfortunately for Jarnkrok, his success in Seattle did not translate to success in Calgary. If the Kraken aim to add three forwards in free-agency, Jarnkrok would make a lot of sense.

Klingberg is the Johnny Gaudreau of the defensive free agent crop. He is hands down the best available in a thin defense market and will certainly get paid for his services. Klingberg is expected to sign a seven-year deal in the range of $6.5 million a year. The smooth-skating offensive-minded defenseman would be a sight for sore eyes in Seattle. The strength of the Kraken is their top-four defensemen, but they could use a bit more offense. Klingberg would undoubtedly step into quarterbacking the first power play unit.

If the Kraken lose the Klingberg sweepstakes or just look to be more responsible in their spending, they could look to add another depth defenseman. Miller fits the profile and is probably the most likely candidate in this tier. The 29-year-old defenseman is a solid player that would fit well on the third pair and provide the Kraken some contingency if one of their few right-shot defensemen goes down with an injury.

It is important to remember that there will be a lot of teams bidding on these players in free agency, and the probability of landing one specific player is mathematically low. Seattle’s advantage is that they have the cap space to pay for these players, and Washington State is one of the few NHL markets with no state income taxes. No matter what happens, it will be a fascinating free agency period to watch. Enjoy it.