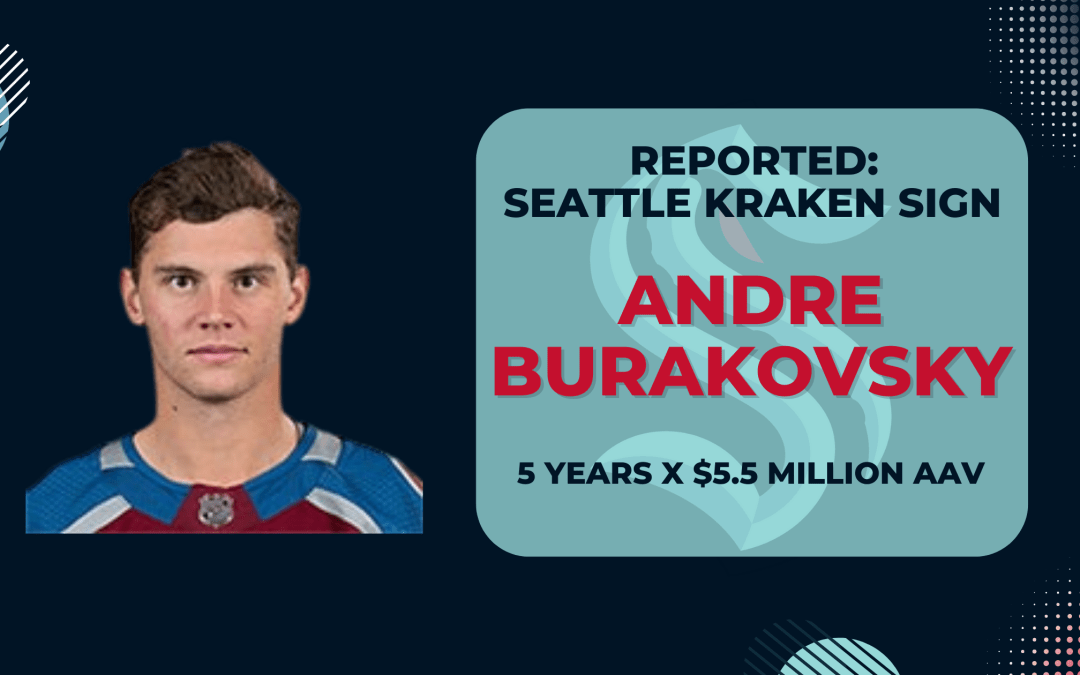 What is the deal?

Andre Burakovsky has reportedly agreed to sign a five-year deal with the Kraken worth $5.5 million AAV.

What do the analytics say?

I have written about Andre Burakovsky’s analytics profile in the past, particularly as a comparable for Jared McCann. The offensive contributions he will bring may be similar to McCann, though the defense is not quite as strong.

Where does he project with the Kraken?

The Kraken’s NHL left wing depth chart looks like this:

If slotted on the left side, Burakovsky would fall somewhere in the top-nine, likely on the second line. It is also possible he could factor into the top-nine on the right side, his off wing, depending on other moves. Our own John Barr identified Andre Burakovsky as a fit. Burakovsky was my number one forward target after Johnny Gaudreau. This has been my view for a while.

Where do the Kraken go from here?

Check out my post breaking down analytics comparables for Jared McCann and one of his most similar players, Andre Burakovsky.