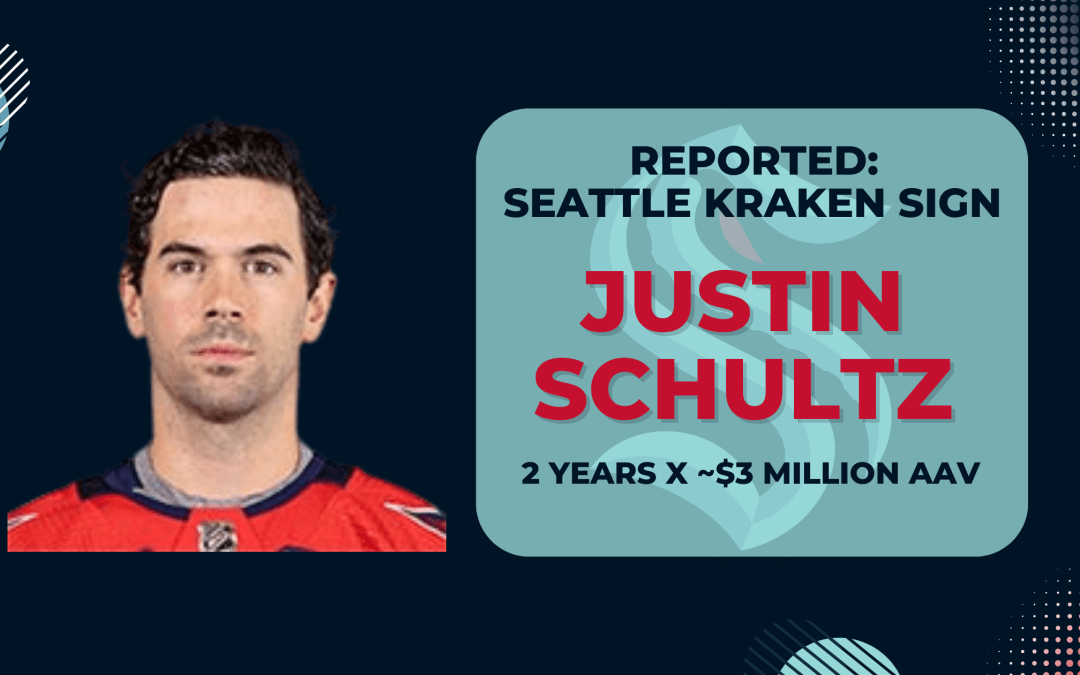 Shortly after the bell rang opening free agency, the Seattle Kraken reportedly signed right-shot defenseman Justin Schultz. There has not yet been an official announcement from the team.

What is the deal?

According to Elliotte Friedman, Schultz has signed a two-year deal, in the neighborhood of $3 million AAV.

What do the analytics say?

Evolving Hockey projects Justin Schultz at approximately replacement level in 2022-23, but he has contributed positive value as a power play quarterback, which is a need for the Kraken.

Where does he project with the Kraken?

The Kraken’s right-shot defense NHL depth chart looks like this:

The Kraken were lacking a top-four right-shot defenseman. It was a priority to add one this offseason, as we wrote about yesterday. With Schultz added to that mix, Will Borgen and Cale Fleury are left to compete for the third-pairing role. Schultz may not be an elite producer any longer, but there is a reasonable chance that he provides solid second-pairing production. The Kraken need more transition and passing skill on the blue line. These are Justin Schultz’s strengths.

Where do the Kraken go from here?

I identified five needs before the draft: (1) left wing, (2) right wing, (3) right defense, (4) backup goalie, (5) depth center. This checks box number 3. There are reports that Martin Jones may be an addition in net.

I wrote about why Justin Schultz might be a good fit yesterday. I projected a signing in Seattle for 2 years, $2.75 million AAV. Very close to the real deal.