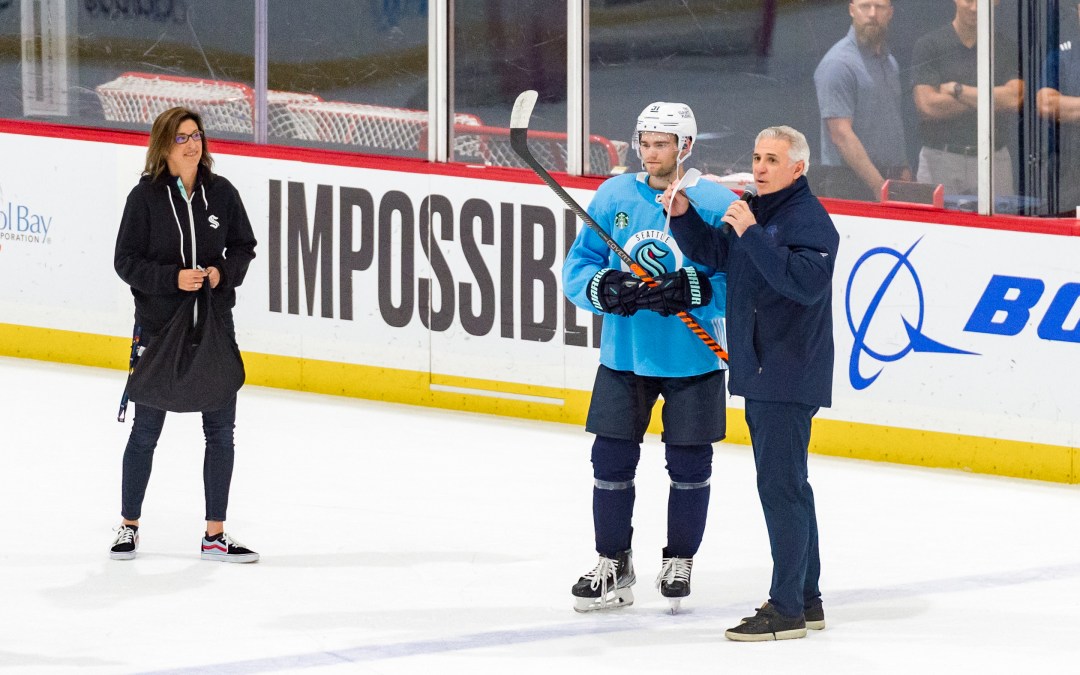 Day one of free agency promises a frenzy of activity around the NHL, and in Seattle we were not disappointed. It is true that some of the higher profile names did not end up with the Kraken (at least not yet). Johnny Gaudreau opted to sign elsewhere and defenseman John Klingberg went through the day without an agreement.

But the Kraken were nonetheless heavily involved in free agency, signing a total of nine free agents to contracts within the first eight hours. In addition to reshaping the NHL roster, general manager Ron Francis and his staff were hard at work building up a depth chart of players to man the inaugural season of the Coachella Valley Firebirds.

So, what happened on day one? Where do we stand? And what might be next for Seattle? Let’s dive in.

Recapping day one of free agency

The Kraken signed the following free agents within hours of the opening bell of NHL free agency:

C Andrew Poturalski, 28, signed a two-year, $762,500 AAV deal. The right-shot forward had 28 goals and 73 assists in 71 regular season games for the Chicago Wolves (AHL) last year, becoming the first player to score more than 100 points in the AHL in 12 years. Poturalski scored another 23 points in 18 post-season games en route to a Calder Cup with the Wolves. His deal is a one-way deal, meaning he will make NHL dollars even if he is sent to the AHL.

G Magnus Hellberg, 31, signed a one-year, $750,000 AAV contract. Hellberg played for a few club teams last year, but most of his time came with Sochi (KHL). He posted a 2.42 GAA and 0.917 save percentage in Sochi. Hellberg has appeared in five NHL games with the Rangers, Predators, and Red Wings. His contract is also a one-way deal.

RW Austin Poganski, 26, signed a one-year, two-way contract. Poganski appeared in 16 games for the Winnipeg Jets last year but did not record a point. He scored nine goals and 21 assists during the remainder of his 2021-22 season with the Manitoba Moose (AHL).

And that wasn’t all the Kraken accomplished on a busy July 13. The team also signed draftees Shane Wright, Ryan Winterton, and Jacob Melanson to entry-level contracts.

After the aforementioned moves, here is a quick snapshot of the organizational depth chart (names in italics signed to AHL contracts):

Roles are not yet defined. For example, I have not heard one member of the Kraken organization suggest that Shane Wright could play on the wing this year if he sticks with Seattle. This is just my speculation, in part inspired by the depth at center, (lack of) depth on the right side, and scouting reports on Wright’s defense.

And there is certainly more work that needs to get done to round out these depth charts. (More on this below.) But this is a tremendous amount of roster building achieved in just one day, especially for the new team in Coachella Valley. Impressive work by the Seattle staff.

After these first-day moves, the Kraken have $10.61 million in cap space. And restricted free agents Cale Fleury, Morgan Geekie, Kole Lind, and Carsen Twarynski remain to be signed. Assuming Fleury, Geekie, and Lind make the NHL team, I will allocate $3 million of cap space to those players, leaving $7.61 million to spend.

The team could theoretically spend even more than that by moving Chris Driedger’s $3.5 million cap hit onto Long-Term Injured Reserve (LTIR) before the season starts. But I doubt the team will want to hamstring its flexibility in that way. In fact, I expect they probably wouldn’t want to get closer than $3 million or so under the cap. Still, this leaves a good chunk of change for additional business.

The team has a vacancy on the NHL roster for at least one more forward, and perhaps more than one forward if Kole Lind is sent through waivers to the AHL or Joonas Donskoi is bought out or traded. On the blue line, the team could add another piece and waive Cale Fleury after camp, or stand pat.

Returning to my pre-free-agency team needs, I identified five NHL-level needs. Four of those needs have been addressed, at least in some form:

So, the team could still use a winger that can score from the right side. Who fits the profile and Seattle’s remaining budget? Let’s run down a few options.

Evan Rodrigues. The former Penguin’s days are likely over in Pittsburgh given the cap crunch there. Rodrigues, 28, tallied 18 goals and 43 points in his breakout 2021-22 campaign. His underlying analytics are sound, and I liked what I saw in the few viewing opportunities I had last season. Evolving Hockey projects a three-year, $3 million deal for Rodrigues. If his ask comes down into this range, that contract is a quick and easy “yes” for me as (mock) Kraken general manager.

Jesse Puljujarvi. Puljujarvi is a restricted free agent qualified by Edmonton. But a trade remains likely here. I think he would be a strong compliment to the other members the Kraken top nine who play more of skill-oriented game. Puljujarvi’s ability to drive play as a power forward would be a boon for the Kraken. Evolving Hockey projects his AAV on a new contract above $4 million. Even if he hits that number, the Kraken can handle it with their remaining cap space.

Calle Jarnkrok. Old friend Jarnkrok struggled early on in his Kraken tenure for various reasons, but there was a long stretch last winter when he played like the best Kraken forward. Evolving Hockey projects a four-year, $4 million AAV deal. I would not encourage the Kraken to go to that number, but on a shorter term, modest AAV deal, I would welcome the reunion.

Instead the Kraken could target one of several intriguing left wingers that remain on the market with the plan of playing Burakovsky (or another player) on his off wing. Notable left wings remaining on the market include Dylan Strome (though he may be better at center), Sonny Milano, and Danton Heinen.

Alternatively, or in addition, the Kraken could use some of their remaining cap space to target another puck-moving defenseman. If, for example, RD John Klingberg could be signed to a two year, $5 million AAV contract because his high-end market did not materialize, I would be interested in that. I would also continue to entertain the prospect of bringing RD Ethan Bear back to Seattle in a trade with Carolina. With Adam Larsson and Justin Schultz ahead of him on the depth chart, Bear could take on low-stress third-pair minutes to start.

What did you think of day one of free agency? Anything you would like to see on day two? Let us know in the comments below or reach out to us on Twitter.