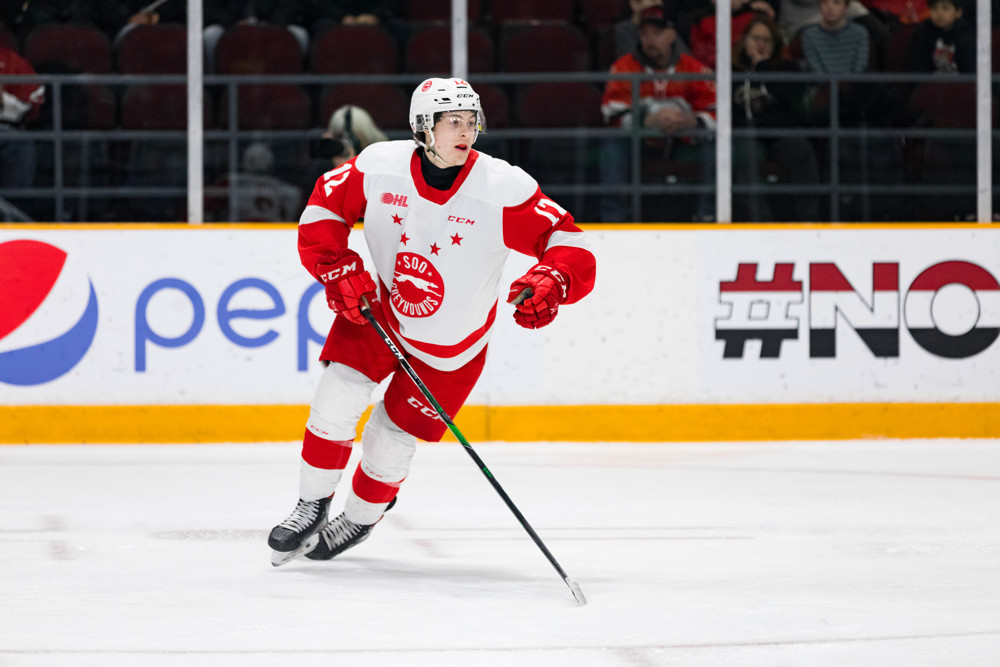 SEATTLE – Shane Wright said it best this week when describing how hearing his name called at the NHL Draft fulfilled a childhood dream. He’s right, and most of the players participating in the Seattle Kraken’s first development camp lived that dream out in some way. They heard their names called, and those in attendance at the draft got to pull an NHL jersey over their heads and pose for pictures.

Kraken prospect Tye Kartye didn’t get to live out that dream, but the forward was at camp this week with an NHL contract in his back pocket.

“There’s a lot of different paths,” Kartye said after the final day of development camp.

He was passed up by the NHL, first in 2019 after scoring four goals and 24 points for the Ontario Hockey League’s Soo Greyhounds. The following season he scored 26 goals but was passed up again as well as in 2021 when the OHL shut down due to the COVID pandemic.

“The first year I went through it, I don’t think I deserved to get drafted. So obviously it’s disappointing, but I kind of saw it coming,” Kartye, 21, said. “Then got passed up again and that was after a good season. That was a little more disappointing.”

While they didn’t draft him, the Kraken were interested enough and invited him to their training camp last fall. He said it didn’t take long to say yes to the invite.

He played well in camp before last season, just hoping to expose the Kraken to his skill and leave an impression. Eventually he was returned to the Greyhounds for his final year of junior with no promises of where he would play in 2022-23.

“It was kind of like ‘you did a good job, and we’ll keep watching you,’” he said about the message Seattle gave him. “That obviously gave a boost to your confidence after a good camp. So, I kept that going through the start of the year.”

Armed with renewed confidence and positive encouragement from his coaches with the Greyhounds, Kartye had a good 2021-22 season. His coaches reminded him to keep grinding, knowing that his path to pro hockey was far from over.

He responded with a monster season, scoring 45 goals with 34 assists for 79 points in 63 games, good for fourth in the league scoring race.

“Everything came together for me, and the hard work for the first four years really paid off in that year,” Kartye said. “Just being older doesn’t mean you’re gonna have a good year. You look at the league and there’s guys throughout the league who are 20 and don’t live up to expectations. I definitely think that part of it was having the experience, but there’s a lot of other factors that went into that as well.”

It turns out that the Kraken were watching and started checking in with him around the holidays.

Impressed, Seattle offered him an entry-level contract in early March.

“I was just ecstatic because this is what you’ve been trying to do for your whole junior career and you never know if it’s gonna happen,” Kartye said. “When you finally get that call with the offer. It’s a pretty special day.”

Getting signed is exciting enough, but when it comes from a hall-of-famer like Kraken general manager Ron Francis, who just happened to play his junior hockey for the same Soo Greyhounds franchise, it’s a little extra special.

“He’s a legend in the Soo,” Kartye said with a smile. “The rink is on Ron Francis Way.”

Kartye, who is listed at 6-foot-1 and 199 pounds, had a good showing at development camp. It was highlighted by him scoring a goal during the team’s midweek scrimmage.

He likely will start the season in the American Hockey League with the Coachella Valley Firebirds for his first pro hockey experience. Growing up in Ontario, he’s not familiar with the Valley but has heard about the weather and, as a golfer, is going to bring his clubs with him.

Expect to see Kartye at Kraken training camp in the fall, and since the Firebirds are starting their season in Seattle, he’ll be around one way or another. Even though he has a signed contract, Kartye isn’t taking things like development camp for granted.

“I’m just taking all the things I learned here and trying to implement them throughout the summer,” he said. “Just trying to be the best player I can be for training camp.”

It remains to be seen how much NHL time he’ll get, but Kartye is an example for younger players. He’s proved that even if you’re overlooked and passed up in the draft, that doesn’t mean giving up on pro hockey dreams.

“I would always tell the younger guys on my team in their draft year this is what happened to me,” Kartye said. “I had a good year and was one of the leaders on the team, so I tried to just implement to the young guys that the draft is not the be-all end-all. Obviously, everyone wants to get drafted and that’s your first option. But if it doesn’t work out, it’s definitely not the end of the road. There’s a lot of different paths.”