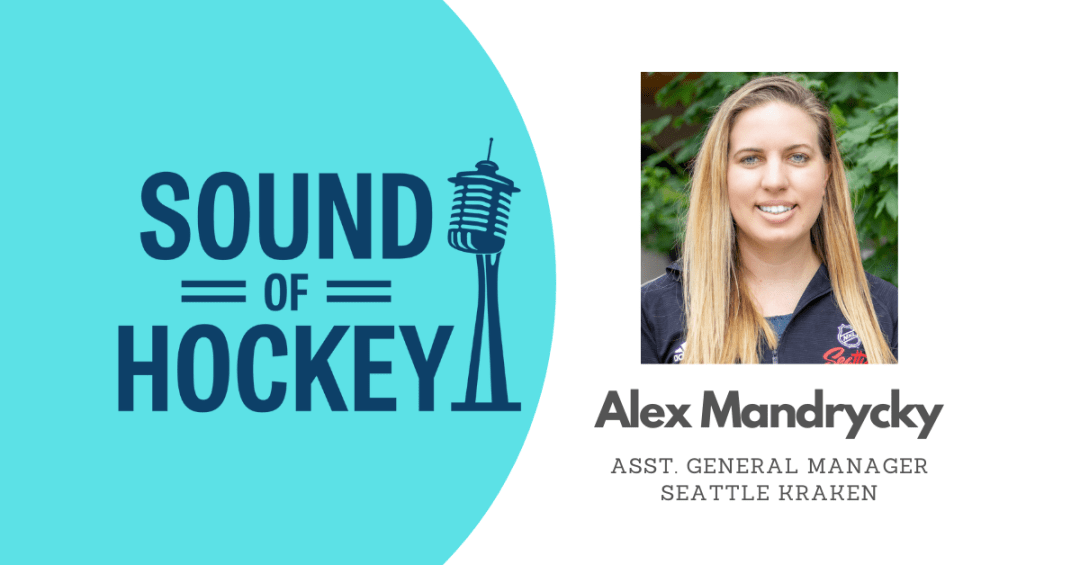 Seattle Kraken Training Camp is almost here, and who better to talk to in the waning days of the offseason than Kraken assistant general manager Alex Mandrycky?!

John, Andy, and Darren interviewed Alex at Kraken Community Iceplex on the same morning the news of her promotion to AGM got announced. So, it’s a bit of a celebratory conversation, but it also has plenty of substance. From offseason moves to the future of Mandrycky’s role, it’s a conversation that you will enjoy.

Aside from the interview, there’s some Kraken news to discuss, as the guys get you ready for the new season. Plus, a WHL update and signings around the NHL.

After the Mandrycky interview, the guys shift to segments, which this week feature Goalie Gear Corner, Weekly One-Timers, and a surprise Let’s Get Quizzical.