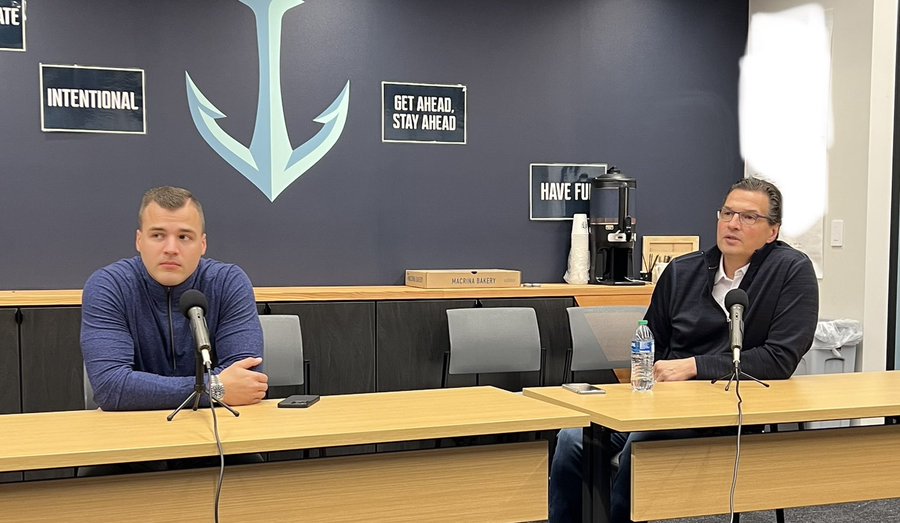 Seattle Kraken training camp is here, so the timing is right for a SUPER-SIZED episode of the Sound Of Hockey Podcast, featuring two outstanding guests. This week, the guys talk to father/son dynamic duo Eddie and Nick Olczyk simultaneously, live and in person from Kraken Community Iceplex. During the very unique interview, the guys get the lowdown on how Eddie landed with the Kraken, Nick’s memories from his jump to broadcasting for the Blackhawks, and some very fun stories along the way. You will LOVE this interview.

The show doesn’t stop with the interview, though, as this is a great episode from top to bottom. Get a report from Kraken rookie camp, a recap of a fun on-ice media hockey clinic, and an update on the latest Kraken news. John, Andy, and Darren also discuss this recent training camp preview from soundofhockey.com and predict how the roster might shake out.

After the interview with Eddie and Nick, the episode shifts to Goalie Gear Corner, Weekly One-Timers, and Tweets of the Week.