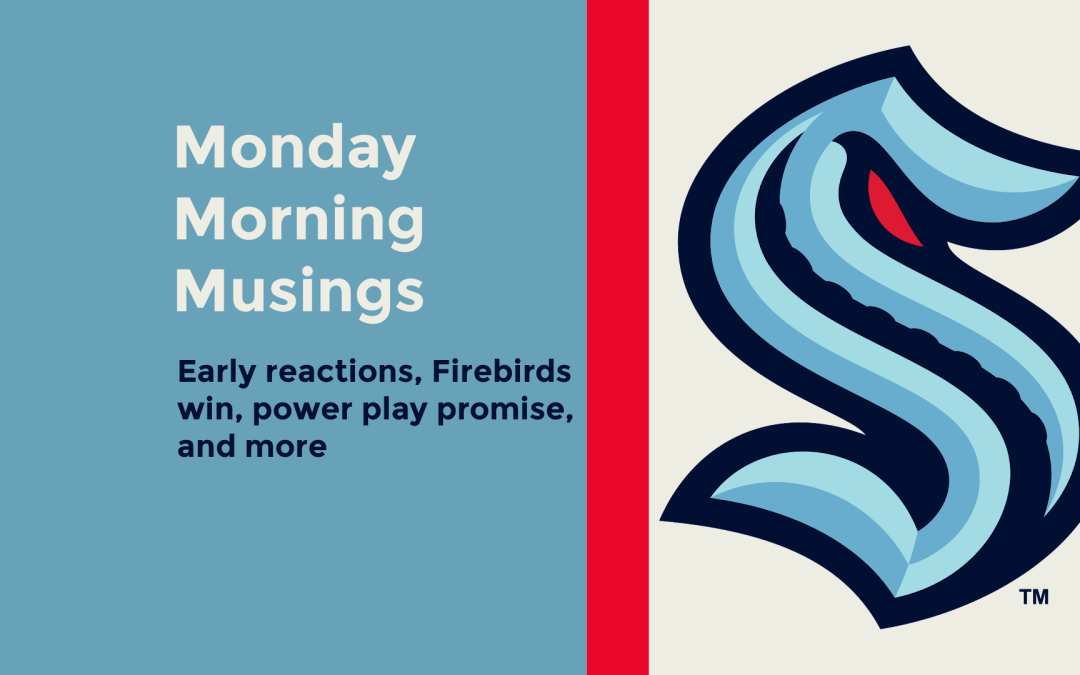 We are introducing a new feature on Sound Of Hockey called Monday Morning Musings. It will be a collection of random thoughts and observations about the last week of activity from the hockey world with an emphasis on the Kraken and other Puget Sound teams. If you have suggestions or feedback, feel free to leave them in the comments or send them to us directly on twitter.

As mentioned above, the Kraken have a challenging three games coming up this week. Here is the rundown.

The Canes are a legitimate cup contender this year and will be a benchmark game for the Kraken. Seattle will need to get Saturday night’s game out of its system and what better way to do it than beating a team that is widely considered one of the best in the league?

The Blues are coming off a 109-point campaign in the 2021-22 season with very few changes to the roster. Most analysts have them as a lock for the playoffs for 2022-23. The Blues went 3-0 against the Kraken last year and outscored them 11-2 in those three games.

They are the reigning Stanley Cup Champions and a favorite to win it again this season. The Avalanche did lose Andre Burakovsky to the Kraken and Nazim Kadri to the Flames, so that is 50 goals lost in the offseason. Still, they should be just fine.

Three games is not a big sample, but if the Kraken expect to be more competitive, the power play is one area it must improve over last year. Early signs are encouraging.

Outside of the Kraken organization, there are quite a few Pacific Northwest teams that are playing good hockey in their respective leagues. In the WHL, the Seattle Thunderbirds, Everett Silvertips, and Portland Winterhawks are a collective 21-2 and are outscoring their opponents 115-69. If you want to circle a game on the calendar, you might want to consider the Nov. 5 game when Portland visits Seattle for the first time this season.

The Thunderbirds look pretty stacked right now with five NHL-drafted players on their roster, but another name people should keep an eye on is Gracyn Sawchyn. Sawchyn is eligible for the 2023 NHL Entry Draft and is off to a fast start with 11 points in 7 games. Some say he could be drafted in the first round of the draft in July.

Finally, the Seattle Totems (USPHL – Junior A) and Washington Huskies (ACHA) are off to hot starts. The Totems, who play out of Olympic View Ice Center in Montlake Terrace are 7-3 and have outscored opponents 50-36. Meanwhile, the Huskies, who play out of Kraken Community Iceplex are 4-2. If you are looking for some fun and affordable hockey to watch, consider supporting these players in what should be entertaining hockey.