How the Laine-Dubois trade will impact Seattle Kraken Expansion Draft 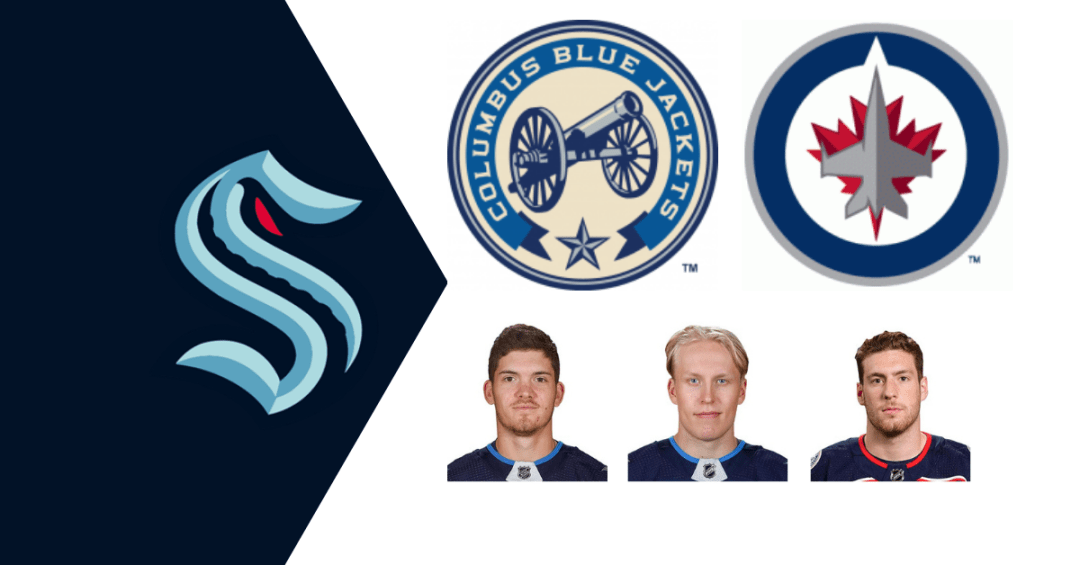 It’s not often that teams manage to include three disgruntled players in the same trade. But that’s exactly what Winnipeg and Columbus were able to accomplish this past weekend.

As you can imagine, the Laine-for-Dubois trade will have some implications on the Seattle Kraken Expansion Draft outlook.

As far as the Blue Jackets, it’s less about what becomes available for Seattle than it is what Columbus will be forced to do.

In our initial projection of Columbus’ protected list, we leaned toward the Blue Jackets sticking with the conventional seven-forward structure in order to keep someone like Boone Jenner. But it wasn’t unreasonable to think Columbus would elect to protect eight total skaters in order to retain an extra defenseman such as Gabriel Carlsson or Dean Kukan

If they want to keep Roslovic and Laine, along with Cam Atkinson, Max Domi, Oliver Bjorkstrand, and Jenner, they have to go with seven forwards.

Roslovic’s emergence likely means Eric Robinson, a speedy 25-year-old winger, won’t be protected. But he’s more of a depth piece and wasn’t all that more interesting than Carlsson and Kukan, who we’ve identified as interesting options.

The Blue Jackets now have one more quality player to protect, meaning Seattle’s options get just a little better here.

Unfortunately for Seattle, Roslovic won’t be the intriguing option we thought he might be for selection in the Expansion Draft.

But thankfully Winnipeg’s forward pool is robust enough where Seattle should have a decent option, regardless.

We expected Roslovic to be protected in our Winnipeg write-up in December, on the condition he signed a new contract, and it’s likely one of Adam Lowry, Mason Appleton, or Jansen Harkins take his spot.

Lowry, 27, is the most productive player currently and plays up the middle, but the fact he plays a premium position may not matter as much to Winnipeg now that they added even more center depth with Dubois. Harkins, 23, and Appleton, 24, are younger wingers that should be in contention for selection for Seattle.

Or, perhaps, 24-year-old rearguard Sami Niku is the apple of Seattle’s eye. But so far the Finnish defenseman hasn’t posted a point in three games for the Jets thus far this season.

By replacing one elite scorer (Laine) and one quality player (Roslovic) with one elite all-around player (Dubois) and a draft pick, the protection decisions for the Seattle Kraken Expansion Draft now become a little easier for Jets general manager Kevin Cheveldayoff.