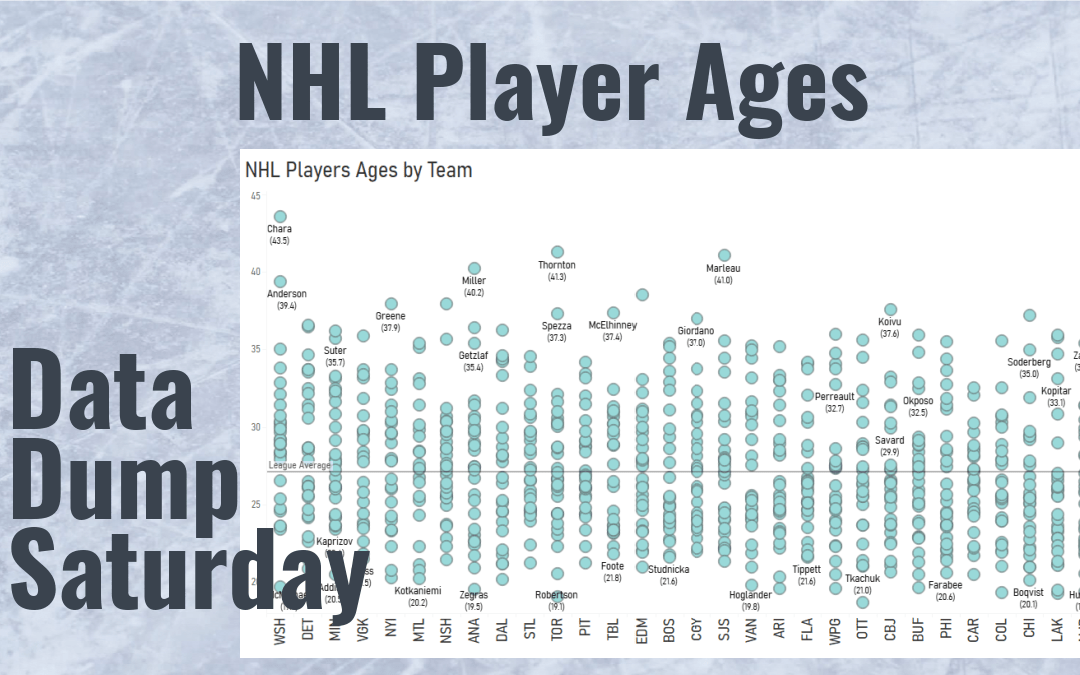 For this week’s Data Dump Saturday, I investigate the ages of players in the NHL. Age will be one of the critical factors the Seattle Kraken will need to consider when drafting players in the Expansion Draft this summer. I thought this would be a good topic to dig into to help understand how most teams are built in the NHL.

As you can see, the average age of NHL players has changed over time. Before you make any assumptions about the average age getting older the last few seasons, keep in mind the last two seasons are tough to evaluate as a comparable of the prior seasons.

Last year’s regular season was cut short by a month. The last month of a season is a time where teams tend to call-up their prospects from the AHL or possibly get their major junior and college prospects some games if their regular season has ended. These players will be younger and therefore drive the average age down a bit.

This season is obviously incomplete, so it does not have the late-season call-ups accounted for either. The shortened training camp and elimination of the pre-season also prevented coaches and general managers from getting a look at some of the younger prospects. So those guys may not have had the same chances at making NHL rosters out of camp.

Nothing too surprising here other than it really illustrates that goalies tend to break into the league much later compared to other positions. Ilya Sorokin, Kevin Lankinen, and Ville Husso all made their NHL debuts this season and all of them are over 25.

Everyone seems to enjoy looking at the average age by team, so here you go.

Zdeno Chara (43.5) and Craig Anderson (39.3) are inflating the Capitals numbers a bit, but even when you look at the median, they are still the oldest team in the league.

Of course average age does not tell the whole story, so I plan to dig into this a bit more over the next few days to help paint a better picture of how ages come into play when building rosters.

As always, let me know if you have any thoughts, questions, or suggestions for Data Dump Saturday. Enjoy your weekend.