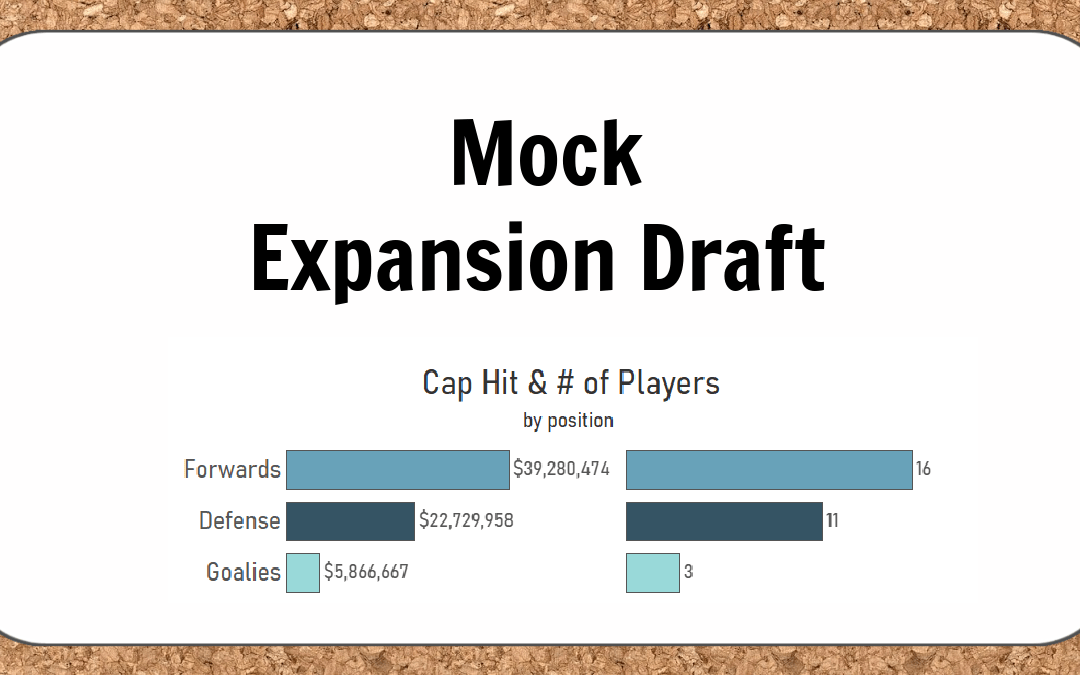 For the last three months, the Sound Of Hockey team has been poring over NHL rosters, sizing up prospects, sharing our best estimates on the Expansion Draft protected lists, and identifying potential Seattle Kraken players to monitor. Now looking ahead to the next few weeks, each of us at Sound Of Hockey will be taking a stab at a Seattle Kraken Expansion Draft. These days, mock Expansion Draft articles are a dime a dozen, and most are fraught with poor assumptions and non-compliance to the expansion rules. We hope to avoid that with a few guiding principles.

My strategic roadmap for my team would be to become a perennial playoff contender three to five years down the line and to set up for moments of opportunity to go ‘all in’ for a Stanley Cup run in the future.

In a real-world scenario, my objective would be to accumulate an additional five to 10 additional Entry Draft Picks spread over the next three years. Teams are built through the NHL Entry Draft so the more bets I can make with draft picks, the more likely the chances will be of getting a blue-chip player.

In line with the three-to-five-year strategy, I will index toward younger players that offer more upside and could be bigger contributors after several years.

The single biggest advantage Seattle has in this league is its salary cap space, and just because the Kraken have the cap space, does not mean I want to use it right out of the gate. This advantage could be leveraged for years to come and I would like to preserve this asset if possible.

My original goalie strategy was to have three goalies under 30. One would serve as the starter, another goalie would be my backup that is just breaking into the league, and another would spend much of the year in the AHL. This did not play out as I intended. There were a couple goalies I liked that fit this strategy, but they were either a pending UFA or there was someone else on their team that I prioritized over them. I am still happy with the netminders that ended up on my team, though.

This was much tougher than expected. There are too many NHL players on this team. The NHL roster size is limited, so I would probably look a little deeper into the AHL prospects and/or draft some UFAs on expiring contracts with the intent of letting them enter free agency.

Talentwise, the team is thin at center and center is not a place you want to be thin. In future iterations I would identify a few better centers to prioritize. The team isn’t going to be the juggernaut that Vegas was in the first year, but there are some solid pieces and I like the potential of some of the younger guys like Brett Howden, Max Jones, Kole Lind, Jake Bean, and Henri Jokiharju.