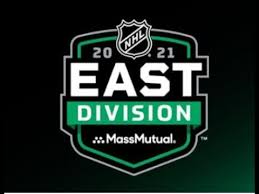 The Stanley Cup Playoffs are back, and the MassMutual East Division opens this weekend with a couple of enticing matchups as the Boston Bruins face the Washington Capitals and the Pittsburgh Penguins take on the New York Islanders.

It starts Saturday with a fun matchup between two veteran teams with opposite strengths, and Sunday we get to see if the Penguins are truly back. This is just the beginning so prepare your couch for heavy use as we watch it all play out over the next month and a half.

Here’s a look at the first round matchups for the MassMutual East Division:

The Matchup – Two years ago these teams met in another first-round matchup that resulted in a sweep by the Islanders. The Penguins come into this series hot, winners of three in a row and eight of the past 10. It’s not the same for New York, which started the season strong but has trailed off down the stretch and limped into the playoffs.

Pittsburgh had a resurgent season of sorts and after two early postseason exits in a row will have some pressure to go further this time around. Offensively, Crosby has been what you’d expect him to be and will be the focus again. The Penguins overcame some injuries this season but got Malkin back in the fold near the end of the season and are firing on all cylinders while scoring the most goals in the division and second-most in the NHL.

New York held onto top spot in the division at one point, but it’s been a struggle for coach Barry Trotz and his troops. To try and add some offensive punch, the Islanders picked up Travis Zajac and Kyle Palmieri from New Jersey. The two longtime Devils have not provided said punch, however, and have combined for just three goals.

While the trade with the Devils didn’t pan out as the Islanders had hoped, they have been getting contributions from rookie Oliver Wahlstrom who potted 12 goals and 21 points in 44 games. He could end up being a factor providing some much-needed secondary scoring for the offensively challenged Islanders.

The Penguins added Jeff Carter at the deadline and the veteran has been hot, potting nine goals. He adds more options for the already stacked Penguins attack.

Both clubs have some options for the Seattle Kraken to track in preparation of July’s Expansion Draft. Pittsburgh will have choices to make between protecting quality depth forwards Teddy Blueger, Jared McCann, or Brandon Tanev. The Islanders have some cap issues that could expose guys like Leddy, Bailey, Michael Dal Colle, or potentially rookie Keiffer Bellows.

Who’s going to win this?

In one corner the Penguins have one of the top offensive attacks in the NHL, and they’ll be facing one of the stingiest teams in the Islanders. This will come down to who can impose their will more. Trotz will try to slow things down for the Islanders to hinder Crosby and company. In the end, the Penguins have too much firepower resulting in a Pittsburgh win in six games.

Washington ended the season tied with Pittsburgh but lost out on the division title because of a tiebreaker. Both are veteran-laden teams that still have pieces from their most recent Stanley Cup triumphs, so there won’t be an experience edge for anyone. Storylines abound in this series as Boston legend Zdeno Chara returns to face the Bruins as a Capital.

Boston’s top line of Pastrnak, Bergeron, and Marchand continue to be among the best in the league and the Capitals will need Chara and Brenden Dillon to stand tall on the back end. The Bruins rely on the big three for scoring – they scored 72 of Boston’s 168 goals this year – but that might not be enough. Players such as David Krejci and Craig Smith need to find a way to score. In goal, Rask is playing in what could be his last season in Boston and that will be motivation for one more kick at the can.

Washington has been consistent all season and appears to have overcome an injury scare to Ovechkin late in the season. The Russian star can still fire the puck, and while the Bruins have one of the best defenses in the NHL, nothing seems to stop Ovechkin. One of the top goal-scoring teams, the Capitals have depth scoring and outside of their top players, T.J. Oshie, Evgeny Kuznetsov, and Tom Wilson can pick up the slack scoring wise.

Both teams are good on special teams, which should be a wash. But in any playoff matchup, discipline is key.

Boston won the trade deadline’s biggest chip by landing Taylor Hall from Buffalo. Since joining the Bruins he’s been good with 14 points in 16 games. The Bruins struggled to score consistently prior to Hall arriving, and he could be the key to closing the gap with Washington. Vanecek has been a revelation for the Capitals this year, but he is unproven. The rookie has never played in a Stanley Cup Playoff game, and he’ll need to rise to the occasion to beat the Bruins in this matchup.

Seattle could end up getting some key players at the Expansion Draft out of this playoff matchup. For Boston, they may end up exposing players such as Nick Ritchie up front or defenders Jeremy Lauzon or Connor Clifton. Washington is an interesting team to watch for the Kraken. Vanacek could be an option in goal but has played so well that Washington could end up protecting him and exposing Ilya Samsonov instead.

Who’s going to win this?

The Bruins are the defensively oriented team while the Capitals scored all the goals this season. It’s always a fun playoff matchup when strengths are at odds. Boston needs to find secondary scoring and could get it from Hall. Will he be enough to push the Bruins past the rookie Vanacek and into the second round? Yes, Boston in six.