From Stockholm to Seattle, Alex Wennberg excited for challenge with Kraken 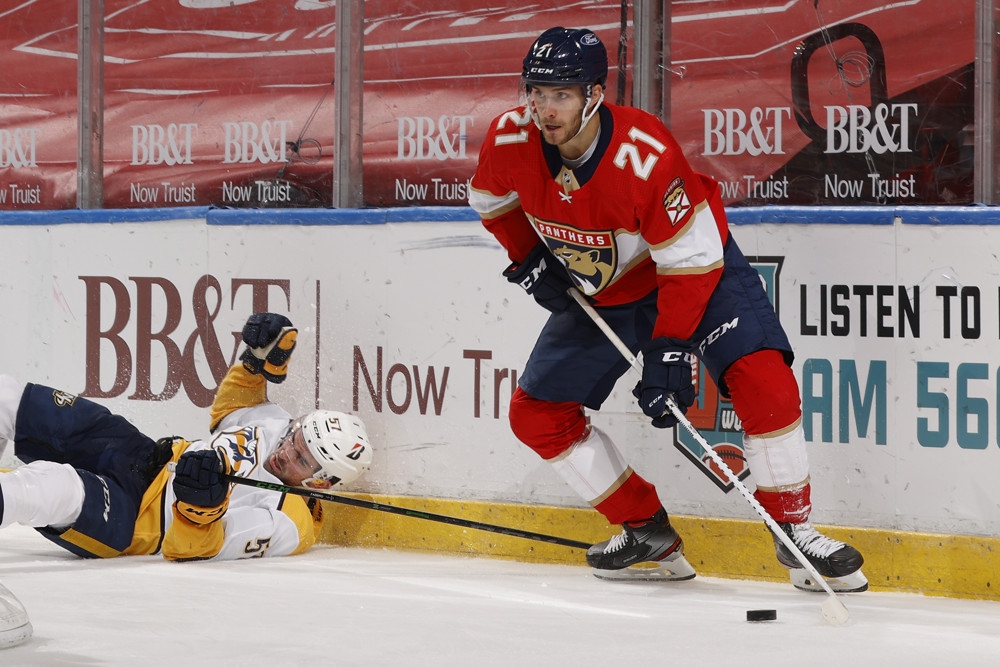 Newly acquired center Alexander Wennberg was all smiles Thursday morning when he met with the local media. You would be smiling too if you had signed a three-year contract worth $4.5 million a year with the Seattle Kraken the day prior.

The former Florida Panther and Columbus Blue Jacket is excited to join the Kraken and the new experiences that await.

“Who doesn’t want to be a part of a new franchise and feel the atmosphere and feel the fans?” the 26-year-old Swede said. “They’re vibing right now in Seattle so for me it’s really exciting times.”

Wennberg’s addition to the Kraken gives them a solid center who can play in the top six. He played the bulk of last season on Florida’s second line, at center, between Jonathan Huberdeau and Patric Hornqvist.

Seattle general manager Ron Francis said Wednesday that Wennberg would play in the top six for the Kraken as well. Can he step up to take the top center spot? That remains to be seen, but Wennberg is coming off his best goal scoring season and is a strong two-way centerman with good and consistent possession numbers.

“He was the guy that kind of went on the ice and calmed things down, and I think he’s a smart player,” Francis added. “You know, I think he can play in all three zones… (he has) the skill set to play the power play so hopefully last year was just the start for him and he can continue to get better from that moving forward.”

Wennberg was given a better opportunity in Florida than he had in the six previous seasons he played for the Columbus Blue Jackets.

That boosted his confidence and put him on the ice in leveraged situations, in key positions, and allowed him to play close to 20 minutes a game. It’s something that he took advantage of.

“They believed in me, they wanted to play me, and I feel like this just helped me to play my game a little bit better,” Wennberg said about the Panthers. “So, I mean obviously there’s some great players there, playing behind (Aleksander) Barkov, and maybe get some opportunities on the second line. For me I feel like I’m growing my game, last year was way better, and improved my goal scoring as well. I’m looking forward to the challenge and I feel like Seattle believes in me as well and I want to prove it to them.”

He scored 17 times with the Panthers last season, more than he had scored the three previous seasons combined with the Blue Jackets, and shot an incredible 20 percent.

That shooting percentage is more than double his career percentage. While its hard to see him keeping that number up, if he can continue the improvement and shoot above his career average of 9 percent, the Kraken will reap the benefits.

“I always work to improve my shot and there’s small details like where you shoot the puck,” he said about his increase in shooting. “Coming to a new team, I had a fresh start. I was really excited for it, and playing with some really good players, that gives you better spots to score. It’s hard to say why but you try to build on it. The confidence right now is good and coming to a new team again you get the same excitement and same feeling again.”

Whether he tops his previous goal mark or not, Wennberg brings more to the table then goal scoring.

His possession numbers are strong. When his line is on the ice, they’ll have the puck more than not. That means strong offensive play but also playing responsibly in his own end, something Wennberg has been consistent in throughout his career.

The Panthers opened up the ice last season which led to chances at both ends – something that cost them in the playoffs against the Tampa Bay Lightning. But when Wennberg played for a more defensive-oriented Blue Jackets team in 2019-20, Columbus goalies had a .930 save percentage with him on the ice.

Looking at the makeup of Seattle’s roster, it’s more likely they will play sound defense and not open up the ice. That makes Wennberg a valuable center.

“I always want to be a 200-foot player,” Wennberg said. “I want to be an offensive player who can be that threat and really contribute that way, but I feel like the responsibility to play PK and be a solid defensive guy is just as important.”

Wennberg not wasting time getting to Seattle

Wennberg says that he’s never been to Seattle before, but he’s excited to get to the city as soon as possible. He has some visa issues to settle but is hoping to get moved sometime in August.

He’s also excited by the roster that the team has assembled and to play with a couple individuals in particular.

“There’s a couple of Swedes here which it’s always nice to have,” he said. “Adam Larsson is there, I played World Championships with him before. (Calle) Yarnkrok is another Swede so I feel like it’s always nice to have them. In this case, everyone’s new to this team so I feel like it’s gonna be easy to come in. Everyone’s probably looking to get to know each other and get that team building going… it’s going to be exciting to see what we can do in this league.”