Casting the Kraken as Golden Knights 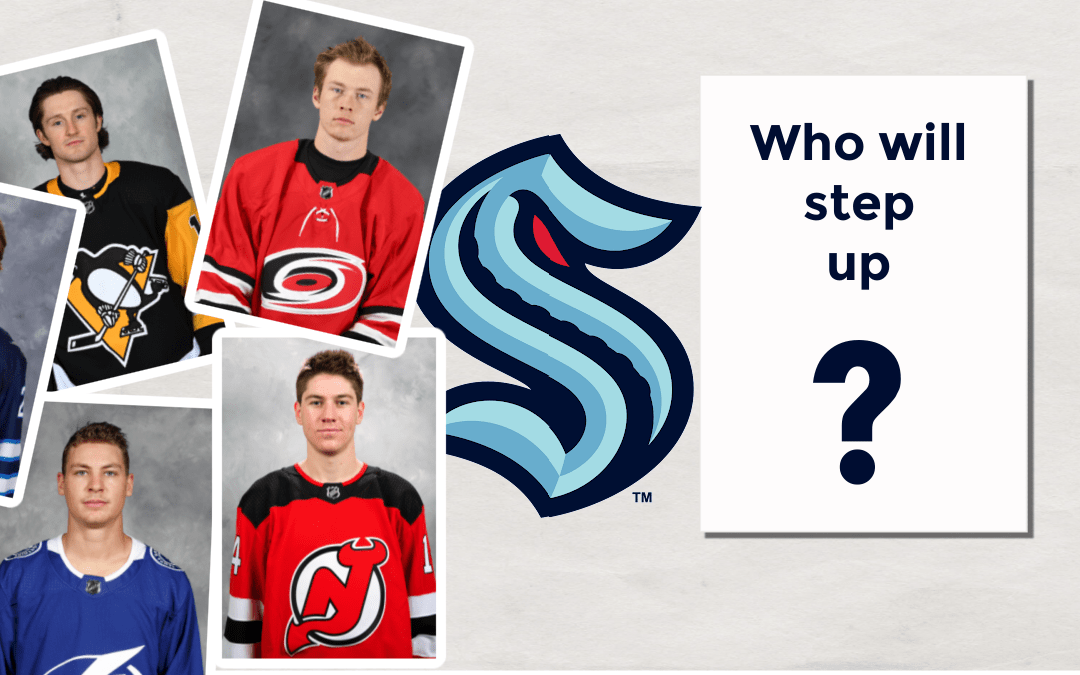 Last week we illustrated why the 2021-22 Seattle Kraken roster looks better than the 2017-18 Vegas Golden Knights roster did heading into their first NHL season. The Golden Knights also got some key contributions and performances from unlikely players that propelled them into the playoffs in their first year in the NHL. Could some of the Seattle Kraken players be cast into these roles during their inaugural season? We look at some of the key contributors from the Vegas Golden Knights’ magical run in 2017-18 and examine which Seattle Kraken players could play those parts in 2021-22.

It is unfair to expect anyone to score 40+ goals in a season, but there are a few candidates who could find themselves having a breakout year with an expanded role in Seattle.

Jared McCann flew under the radar across the league, playing in the shadows of Sidney Crosby, Evgeni Malkin, and Jake Guentzel. McCann had 14 goals in 43 games and averaged a relatively low 14 minutes per game. McCann is a safe bet to land on one of the top two forward lines for the Kraken which should get his time on ice north of 17 minutes. More time on ice equals more opportunity to contribute. A 30-goal season from McCann is a legitimate possibility in 2021-22.

Calle Jarnkrok is another sleeper to have a breakout year. Jarnkrok bounced up and down between the second and third line for the Nashville Predators last season and potted 13 goals in 43 games. That was tied for first on the Predators, and just two of his 13 goals came on the power play. Jarnkrok will see more ice time this season, particularly with Yanni Gourde being out of the lineup to start the year. It is unlikely that he hits the 40-goal mark, but getting 30 for Calle is also a possibility.

Another unlikely breakout for the Golden Knights was rookie forward Alex Tuch. Tuch had just six NHL games before he was acquired during the Expansion Draft via a side deal with Minnesota. He was a former first-round draft pick so maybe we should not have been surprised with his output. He scored 15 goals and 22 assists in 78 games for the Golden Knights that first season.

The Sound Of Hockey team is really excited about Morgan Geekie’s potential. At just 23 years old, he has yet to be given the opportunity to shine in the NHL. He did play 36 games for the Hurricanes last season but averaged less than 10 minutes per game. Geekie will be fighting for a spot on this team, but with Gourde out to start the season, he might be given that opportunity to play up the lineup. That would allow him to really show what he can do.

Nathan Bastian might not be a rookie, but he has only played 48 NHL games over the last two seasons. It might be a bit early for Bastian to take a high-profile contributing role in the NHL, but he has a balanced game and showed that he has a scoring touch in the AHL a few years back. Bastian’s strength is playing a complete game, so his contributions might not show up in the goal column, but seeing his game take a step in the right direction will help the Kraken form a more balanced lineup.

Shea Theodore started the first month of the 2017-18 season playing for the Chicago Wolves in the AHL. He was eventually called up by the Golden Knights and never looked back. The former Seattle Thunderbird finished the season with 29 points over 61 games and placed second on the team for time on ice per game.

The Seattle Kraken defensive corps is stronger than that of the Golden Knights during the 2017-18 season, so the need for a young, up-and-coming defenseman to take that big step is not required. If there were a young blueliner to expect that from, though, Haydn Fleury is probably the defenseman to keep an eye on. Fleury has a lot of potential but has yet to establish himself as a consistent NHL player over the last few seasons. A fresh start in Seattle could be exactly what he needs at this point in his young career.

What you see is what you get: James Neal and Jonathan Marchessault

Goal scoring by committee seems to be the game plan for this team. Getting consistent contributions from Joonas Donskoi, Jordan Eberle, and Yanni Gourde will be needed for success in year one of the franchise. All three of them are capable of scoring 20 goals in a season and all three players have been consistent performers over the last few years.

To be clear, we are not anticipating the same success for the Seattle Kraken that the Golden Knights experienced in year one. Vegas seemed to be a team possessed with everything clicking for them during the 2017-18 season. Anticipating a William Karlsson-type 40-plus-goal season from one of the Kraken players is not reasonable, but it may not be required to make the playoffs. Several media outlets have the Kraken earmarked as a playoff team, and if a couple of these contributing roles play out, it will solidify their position in the notably weak Pacific Division.

Once they make the playoffs, anything can happen.