Yanni Gourde is excited to join Kraken, thinks they will be hard to play against 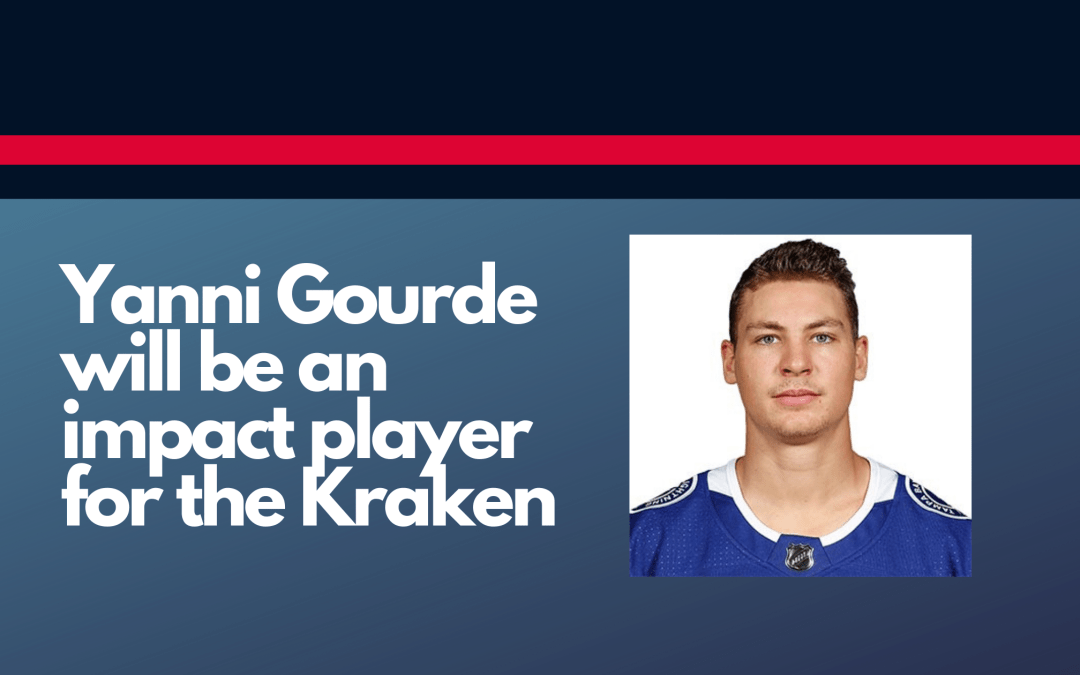 Less than a month after winning the Cup with the Tampa Bay Lightning, Yanni Gourde was selected by the Seattle Kraken during the Expansion Draft. Now the 29-year-old center from Quebec is busy packing his bags.

On the surface it might be easy to imagine a certain sense of disappointment from a player after being taken off a Tampa Bay club that just won back-to-back championships – and is still loaded with talent – and sent to an expansion team that is putting all its pieces together.

But not for Gourde.

“It’s pretty nice to know that the team wants you that bad when there’s a lot of people that are very talented that were unprotected,” Gourde told media on Tuesday morning. “I was fortunate enough to get taken and get drafted by them and I’m super excited for a great experience. It’s going to be a great challenge.”

On some levels, Gourde feels fortunate to be in the NHL at all.

He was undrafted after three full seasons in the QMJHL with the Victoriaville Tigres – including a monster final year where he scored 37 goals and 124 points in 2011-2012. Like many undrafted guys, he kept the dream of pro hockey alive.

He caught on with the AHL’s Worcester Sharks straight out of junior at the end of the 2012 season but was eventually sent down to the ECHL for an eight-game stint with the now defunct San Francisco Bulls. He would stay in the ECHL at the start of the next season with the Kalamazoo Wings before eventually getting back to the AHL and the Tampa Bay organization in 2014 with the Syracuse Crunch. Gourde played well and graduated to the Lightning full time for the 2017-18 season after 336 minor league games played in two leagues and with four different teams.

Bouncing around the minor leagues as long as he did made the NHL dream feel unreachable. At one point he had shifted his goal to try and carve out a career in Europe.

It’s Gourde’s hard work that led him to the NHL, and he hasn’t looked back. Twice he’s topped the 20-goal mark for the Lightning and was on pace to do so again this past year had the NHL played a full schedule – he ended with 17 markers.

Those are good scoring numbers but they are made even more impressive when you consider he’s mostly been a third liner on a deep and talented Tampa Bay club. He’s the ultimate two-way center who can score but plays defense, kills penalties, and carries the proverbial sandpaper.

Gourde routinely gets under the opponent’s skin, not because he crosses the line, but because he’s always going full speed.

All of his numbers are impressive. He’s been clutch for the Lightning in the playoffs and over the last two championship runs seems to only elevate his game – he scored six times in 23 playoff games this last postseason.

If you like the underlying analytics, you’ll love Gourde. His expected goals (xG) last season was an incredible 54 percent. You won’t find many third-line players with numbers like that, especially one who had more defensive zone starts than he had in the offensive zone. Yes, he was on a good team, but those numbers have been consistent with Gourde for his entire NHL career and if you prefer the eyeball test, he passes that with flying colors as well. Just go re-watch the playoffs.

When will the Kraken get to see Gourde?

As exciting as the Gourde addition to the Kraken is, the team won’t get him right off the bat.

He is recovering from a recent labrum tear that required surgery. It’s an injury that’s been bothering him for the last 18 months, and he said there was a ‘lot of stuff’ going on with his shoulder.

“Right after surgery, we were looking at something around four months,” he said about his recovery time. “Maybe it will be better, I don’t know. It’s tough to say at this point, we’re very early in the rehab and everything.  We’ll see how it goes but hopefully shorter than longer.”

A four-month rehab would cost Gourde the first couple months of the upcoming season, but when he’s ready, Gourde has the talent that could eventually slot into becoming the club’s top center. Where he plays in the lineup is not a concern to him, however.

“As soon as I’m ready, I’ll be ready, I’ll be skating with the boys,” he said. “I’ll be battling. My priorities are to help this team win and wherever I fit in in the lineup, that’s where I’m going to and I’m going to try to work as hard as I can do to help my team win.”

When he does return, the Kraken will get a boost from a career third-line player who will finally get his chance to play in the top six – something he would have already done playing for nearly every NHL team other than Tampa Bay.

He has the experience, the skill, and the attitude that will hopefully rub off on the rest of the roster. Gourde is the kind of player that can, and has, affected a team’s identity.

“I think we’re going to be a fairly hard-working group,” he said. “There’s a lot of potential there and that’s the first step to success. If you work hard, you’re definitely putting yourself in a good position, and we might be one of those teams that play playoff hockey during the season…we’ll see what happens but when I look at this team, I see how many work ethic guys we’ve got.

“Every single one of those guys work hard and they compete, and I think that’s the key and that’s what we’re building on. We know that and I think we’re super excited about that.”