Who to watch at the IIHF World Junior Championship 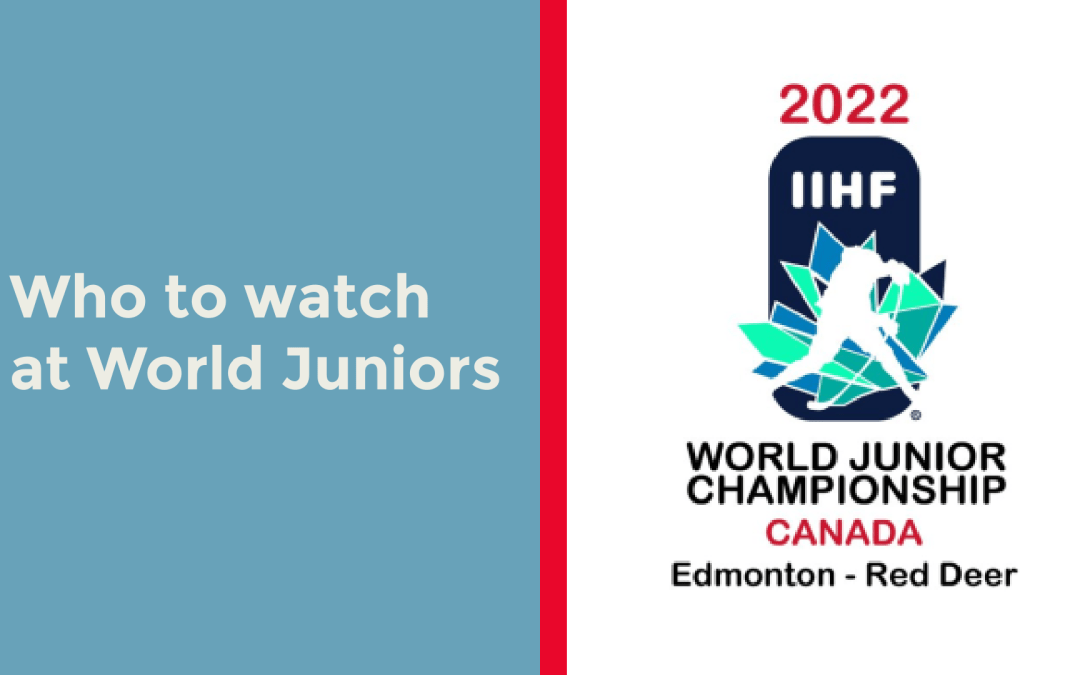 Watching the IIHF World Junior Championship is one of the most exciting non-Stanley Cup Playoff hockey moments of every season. If you are unfamiliar with the WJC, it is a 10-country/team tournament for hockey players under 20 years old. It starts on Dec. 26 and wraps up around Jan. 5 every year. This year the World Juniors will feature two Seattle Kraken prospects.

Here is background on these Kraken prospects along with other key players to watch and a few local connections in this year’s tournament.

This will be the second World Junior Championship for Matty Beniers, the No. 2 overall pick of the Kraken at the 2021 NHL Entry Draft, after winning gold last year. At the 2021 tournament (this upcoming tournament is called the 2022 WJC, since it ends after the calendar turns), he played more of a depth defensive role while Trevor Zegras and Alex Turcotte drove the scoring. This year, Beniers will help drive the offense for USA and therefore will be getting top-line minutes.

Beniers is considered an excellent two-way forward, so look for him to get matched up against other teams’ top lines. As usual, the Americans have one of the stronger teams in the tournament, and a medal is expected. Beniers will get a lot of ice time and play a critical role in the outcome for Team USA.

Beniers had a beautiful assist on Brett Berard’s goal against Finland in a pre-tournament game on Thursday.

Ville Ottavainen was selected in the fourth round by the Kraken at the 2021 draft. He has been playing full-time on JYP in Liiga, the highest pro hockey league in Finland. He has nine points in 30 games this season and at 6-foot-4, he is the tallest defenseman on the Finnish roster. Finland is a strong team, but their weak spot is their defense. For Finland to have a chance at gold, Ottavainen will have to have a strong tournament.

Ottavainen scored the tying goal against USA in Finland’s pre-tournament game on Thursday.

Ville Ottavainen (SEA) ties it with just under a minute left in the third. #WJC2022 pic.twitter.com/HWWy9oxqyN

Zellweger was a second-round pick of the Anaheim Ducks in the 2021 NHL Entry Draft and is expected to get top-pair minutes partnering with Owen Power for Team Canada. He had an excellent U18 World Championship last spring and has not looked back, averaging 1.2 points per game for Everett this year. Zellweger is a fun player to watch and is not afraid to join the rush to contribute offensively.

Seeley looks like a steal as a seventh-round pick of the Carolina Hurricanes from the 2021 NHL Entry Draft. He has improved quite a bit since July and could probably be drafted in the third or fourth round in a hypothetical re-draft. His development has been great, but he is still a depth defenseman on this stacked Canadian team. Making the team was a huge accomplishment, but his ice time might be limited unless he gets paired up with Zellweger to get some of that Silvertip magic going.

Gut was undrafted last summer but some analysts forecast that he could be selected in his second year of eligibility as a 19-year-old. The World Juniors stage will provide a forum for scouts to evaluate what they might have missed last season. Gut is an excellent puck handler and distributor with 25 assists in 23 games for Everett this year.

Knazko recently joined the Thunderbirds after playing much of this season in a top Finnish junior league. He has only played five games for the Thunderbirds but already has three points to show for it. This will be one of Slovakia’s stronger teams to date and could be a sleeper to knock off one of the powerhouses in the crossover games. If that happens, Knazko will be one of the primary contributors.

Cooley is projected to be a top-10 draft pick in the upcoming NHL Entry Draft. He was a late addition to training camp where he would eventually land a spot with the team.

Kemell is having an outstanding season playing pro hockey in Finland. He has 12 goals in 21 games for JYP which is good enough for top 10 in the league despite missing some games due to injury. He continues to move up analysts’ draft boards and a good World Junior performance could move him to become a top-five draft pick.

Austria is projected to have a rough tournament, but a bright spot is Marco Kasper. Kasper has been playing pro hockey in Sweden and is having a decent season. He is projected to be a first-round draft pick in July, so it will be interesting to see how he performs against more players his own age.

Wright was the projected No. 1 draft pick for the 2022 NHL Entry Draft going into the season, but a slow start has some draft analysts questioning if his first overall projection is a sure thing. A strong World Junior Tournament could quiet the criticism that is out there.

Owen Power was drafted first overall in 2021 and has continued living up to the hype in his sophomore year so far at Michigan. Power could easily be the best player in this tournament and will be fun to watch.

Eklund played nine games with the San Jose Sharks before being loaned to Djurgardens IF of the Swedish Hockey League. He will be slotted on the top line for Sweden and is expected to put up big offensive numbers. Kraken fans should expect to see Eklund coming back to play in the NHL Pacific Division as early as next year.

The tournament kicks off this Sunday, Dec. 26, with four games nicely staggered throughout the day starting at 11 a.m. All games will air on NHL Network.