Before they were Kraken, they played in the World Junior Championship 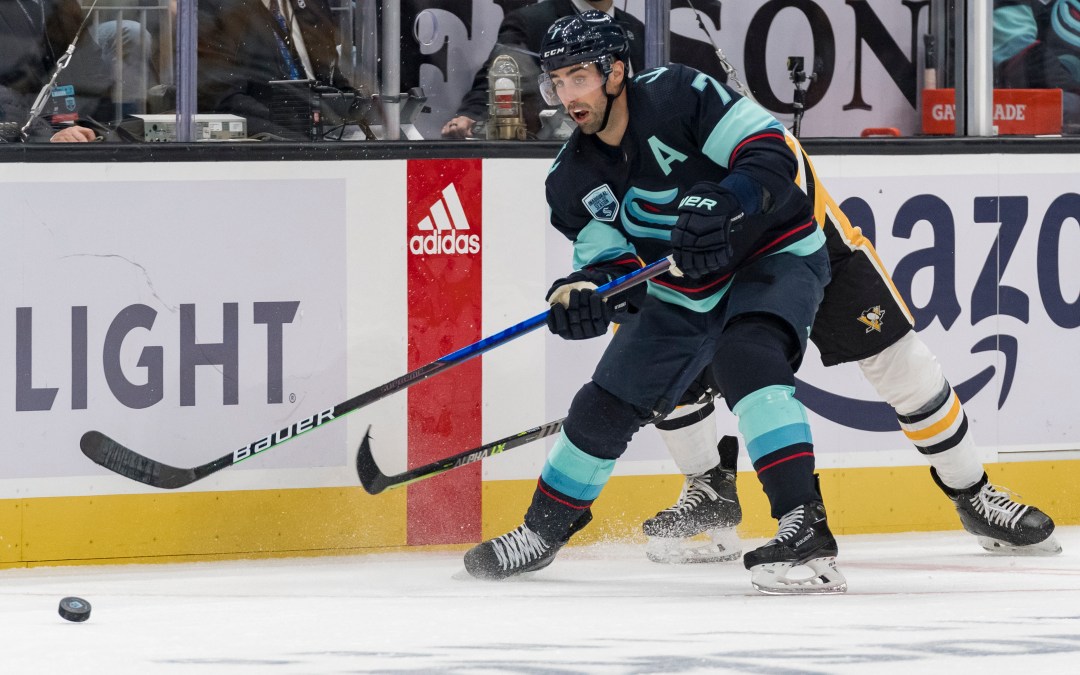 The 2022 International Ice Hockey Federation World Junior Championship began on Sunday and will continue over the next week. Among the many eyes on the tournament are the eyes of the Seattle Kraken who have two prospects competing.

The most notable prospect is first-round pick Matty Beniers who is an alternate captain with Team USA, but Seattle also will be watching fourth-round pick Ville Ottavainen who is playing for Team Finland.

There might be some Kraken players tuning in as well, as 14 current players at one time represented their countries at the World Junior Championship.

Jordan Eberle represented Canada twice, first in 2009 when he won gold, and then again in 2010, when Canada earned silver.

“As a Canadian kid I grew up watching the World Juniors,” Eberle said. “I still love watching it, to me it’s some of the most exciting hockey. It’s passionate and you watch these kids going and flying around there… for me it’s a Christmas tradition since I’ve been a kid. I always dreamed of playing in it and obviously got to live that.”

Eberle isn’t alone. Joonas Donskoi played twice for his home country Finland and put up some points. He played 13 games over the two tournaments and scored five goals and 11 points.

Donskoi came off the ice after practice at the Kraken Community Iceplex Monday and was aware that Finland had just completed a 7-1 win against Austria. He said that he tries to watch as much as his hockey schedule and newborn baby allow him to.

Of all the Kraken players who made an appearance at the World Juniors, none come close to matching Eberle’s moment in the 2009 tournament. His Canadian team trailed Russia 5-4 in the semifinals and time was winding down.

Canada pulled the goalie for an extra attacker and Eberle was able to find the puck in front of the net and score a backhand goal to tie the game with 5.4 seconds left. The Canadians would go on to win in the shootout – and yes, Eberle converted in the shootout – and then ultimately take home the gold medal.

Eberle scored six goals for Canada that tournament, but the one that tied the game with Russia was the biggest. It’s a goal that inspired a generation of Canadian stars that followed.

Last year, Minnesota Wild prospect Adam Beckman was invited to a stacked Team Canada World Junior camp to try and crack the roster. He had been playing for the WHL’s Spokane Chiefs and had no trouble recalling his favorite World Juniors moment.

“I have quite a few memories,” Beckman said. “The most excited I’ve ever been is Canada playing Russia in the (2009) semifinal. They were down with like 20 seconds and Jordan Eberle had the puck and ripped a backhand. They ended up winning in the shootout.”

Despite leading the WHL in scoring the season prior, Beckman, who was a second-round pick, was sent home.

“I think at this point it’s certainly made me feel old,” Eberle said when asked about younger players remembering his goal. “When they say that, I kind of get goosebumps, and that’s their childhood memory. It kind of makes me laugh a bit and ages me but at least it’s a very fond memory.”

The World Juniors are being held in Red Deer and Edmonton this year. Last year they were played in the Edmonton bubble with no fans and this year are facing reduced capacity in both cities for COVID precautions.

While we may see another Eberle like moment in this year’s World Juniors, it won’t come with the same noise level of his big goal.

“It’s just a shame that obviously there’s not full capacity the last couple years and they don’t get that experience that I had with the Canadian crowd behind them,” Eberle said. “But nonetheless, it’s a great tournament to watch.”

All of the 2022 World Junior games will be carried live on the NHL Network.