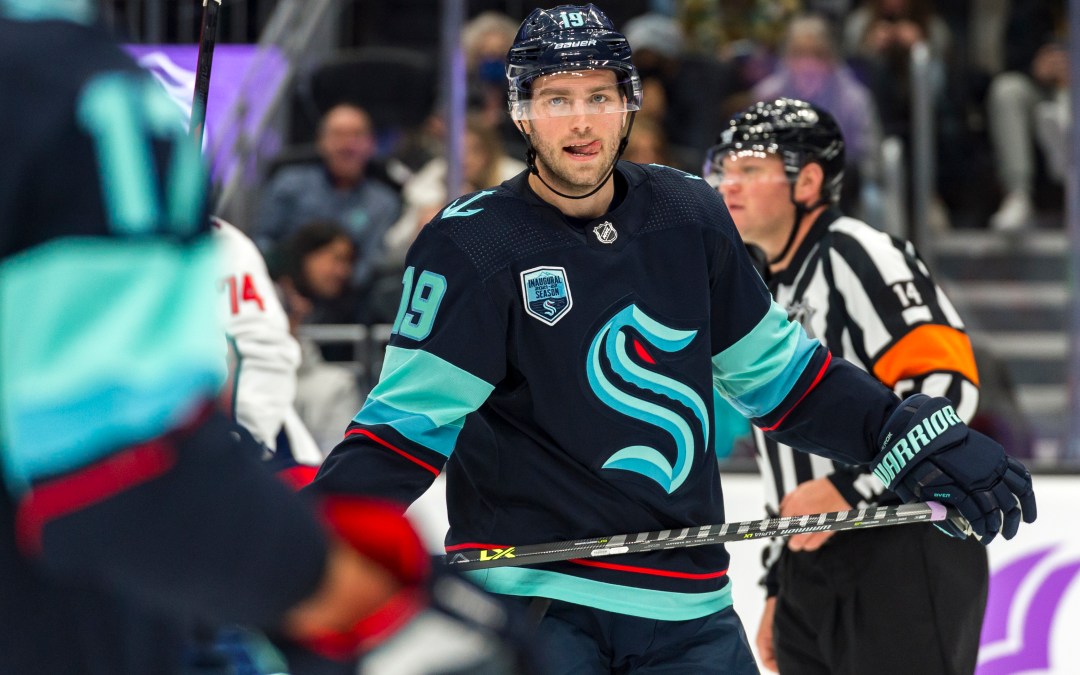 The first NHL Trade Deadline in the history of the Seattle Kraken is expected to be a busy one, and the first of potentially many dominoes fell on Wednesday. Versatile forward Calle Jarnkrok was officially traded to the Pacific Division rival Calgary Flames for a second-round draft pick in 2022 (previously acquired by Calgary from Florida), a third-round draft pick in 2023, and a seventh-round pick in 2024. Seattle—which has plenty of cap space—agreed to eat half of Jarnkrok’s remaining salary on his expiring contract.

“I want to thank Calle for everything he did for the Seattle Kraken, and we wish him all the best in Calgary,” said general manager Ron Francis via a press release.

The trade comes on a day when captain Mark Giordano is being held out of the lineup against the Lightning, despite the team still planning a ceremony to honor him for recently playing in his 1,000th career game. The speculation around Giordano’s healthy scratch is that he too will soon be traded. Surely, there’s more to come on that front.

As for the trade that has been completed, we think Francis got a fair return for the 30-year-old Jarnkrok. Any time you can get three assets, including a second-round pick, for somebody who was unlikely to return the following season, that’s a decent haul.

For Jarnkrok, it’s an opportunity to go back to a contending team, and he joins forces with his cousin, Elias Lindholm. The Flames are in first place in the Pacific Division, with a five-point cushion and three games in hand over second-place Los Angeles.

Jarnkrok quietly had a very good season for the Kraken in their inaugural season. A two-way forward, he filled practically every forward role for coach Dave Hakstol at some point during the campaign, from first-line center down to fourth-line wing.

After starting the season by getting COVID, he went 12 consecutive games without registering a point, and then got injured on two separate occasions. After he returned from the second injury, a switch flipped for Jarnkrok offensively, and he impressively got himself back on track for one of his best seasons in the NHL. He was fourth on the team in scoring with 26 points (12-14=26).

We talked to Jarnkrok about the prospect of being traded a few weeks ago, so the deal certainly was not a surprise. Still, we are bummed to see him go, as we really liked what he brought to the Kraken and wish he could have stayed beyond this season.

There will certainly be more trade news coming soon for the Kraken, so stay tuned.