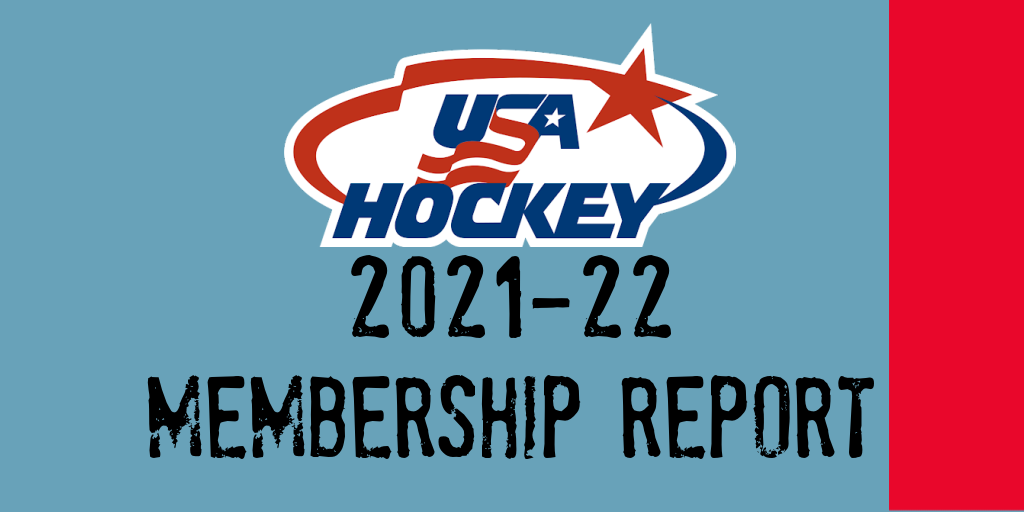 Here is a deep dive into some of the insights in the report.

It’s awesome to see Washington State add the fifth most members this season with an additional 4,610 memberships. In terms of percentage increase, Washington added the second most players.

When we slice the data by age groups we can see the most robust recovery is coming from the adult hockey space (19+), but the second biggest increase is from the ‘Six and Under’ age group.

Washington State by the numbers

If we just filter on Washington State, we can see where the growth is coming from locally.

The biggest net additions is coming from the adult levels. There are two main reasons for this:

On the youth hockey front, the biggest growth came from players 10 and under. Again, this is another indication of the Kraken’s influence and commitment to grow the game in the region. Part of this is a function of the NHL Learn to Play program that, up until this year, was not available to people in this part of the country.

Local organizations do not share their individual membership totals, but it is a safe assumption that the growth was not strictly from the Kraken youth hockey programs. The Kraken will get a lot of credit for the growth, but there are about a dozen associations in or near Seattle that continue to support learn-to-play programs of their own.

After the launch of the Vegas Golden Knights during the 2017-18 season, Nevada saw a huge spike in player memberships, but that did not happen until the following season.

However, it is unrealistic to expect the kind of explosive growth Nevada saw for a couple reasons. First, the Golden Knights had a magical inaugural season that ended with a trip to the Stanley Cup Final. That injected a new hockey market with excitement and enthusiasm that would propel kids and adults to try the sport out for themselves. The Kraken did expose the sport to many new families, which will inspire people to try it out next season, but a playoff run would have invigorated the fan base even more. Such a run likely would have led to a more massive increase in membership rates for Washington State.

Additionally, Nevada had a very low number of USA Hockey player memberships before the Golden Knights joined the league, enabling that region to grow its numbers at an unprecedented rate. To put it in a business perspective, Nevada had an untapped customer base. Washington State, on the other hand, had a significant number of hockey players in the area before the Kraken arrived.

There is little doubt that we will continue to see an increase in participation in Washington State, as the Kraken continue to grow the sport directly with “Try Hockey For Free” events and focused programming. But there will also be an organic impact, as the team improves on the ice, that will excite more and more families to take up hockey.

If you have any questions about the data or the analysis, please drop us a line on twitter or in the comments section.