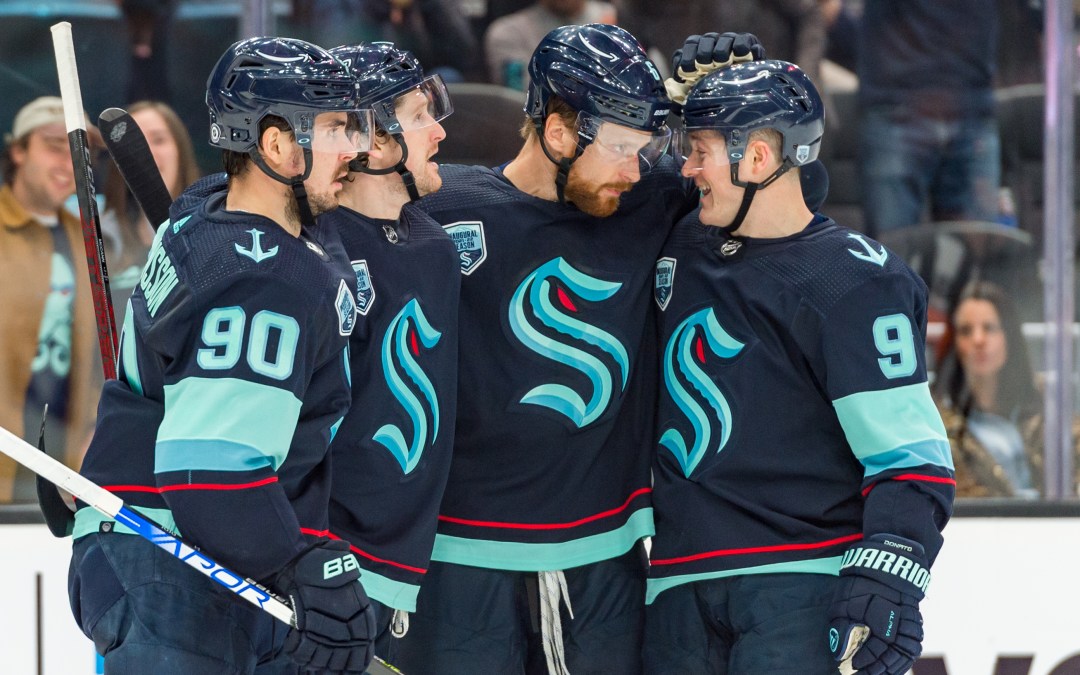 Last week we wrote about the gap in the Seattle Kraken goal differential compared with better teams and illustrated the target goal differential the team would need to hit to become playoff contenders. This week we are going through a goal forecasting exercise to estimate the number of goals on the current roster and what might be needed during free agency.

This is an over-simplified analysis and does not consider a lot of the additional skill sets and factors that would be considered by general manager Ron Francis and team. There are a lot of assumptions and gaps in the process, but directionally, this team clearly needs goal scoring to become contenders, and this sheds some light on how much more it needs.

Goal scoring projections for known or expected players next season

We recognize that the roster can and will change between now and the start of the 2022-23 season, but there are several assumptions we can make about the current rosters, specifically which players we can pencil into the lineup.

Assuming there are no major trades or injuries before the season starts, we expect Alex Wennberg, Jaden Schwartz, Jared McCann, Jordan Eberle, Matty Beniers, Yanni Gourde, Brandon Tanev, Joonas Donskoi, and Max McCormick to play somewhere in the Kraken organization. Except for McCormick, all are expected to play in the NHL full-time. For now, we are going to also assume that the list of restricted free agents will also remain with the franchise. Those players are Ryan Donato, Daniel Sprong, Kole Lind, Alexander True, Morgan Geekie, and Karson Kuhlman. There is a chance that one or two of those players do not get qualified, which would mean they become unrestricted free agents and likely play somewhere else.

On defense, Adam Larsson, Carson Soucy, Jamie Oleksiak, Vince Dunn, and Will Borgen are all under contract, while Haydn Fleury, Cale Fleury, and Dennis Cholowski are restricted free agents. For now, we are assuming that all three RFA’s are qualified and will be back with the organization next season.

Just because they are in the organization does not guarantee they are playing each game. The typical NHL line-up every night is 12 forwards and 6 defensemen. Project that over 82 games and you have 984 forward games and 492 defenseman games. We are going to call that “player game capacity.”

To keep this very simple, we are forecasting the number of games each player plays by looking at his utilization and assessment of his play in 2021-22. The number of games that the players actually play will obviously vary from the forecast, but we feel this is a good starting point that will balance out across the team.

Here is a look at the forwards:

Here is a look at the defense:

With the intent of keeping it simple, we are going to forecast goal scoring at the same rate the players had during the NHL 2021-22 season. We acknowledge this will not be accurate, but on the aggregate, we think this is a fair and reasonable starting point.

Here is a look at the forwards:

Here is a look at the defensemen:

Putting it all together

In our last post we mentioned the target for becoming playoff contenders is to have a negative five adjusted goal differential. We mentioned that we are assuming a slight and reasonable improvement of 10 fewer goals allowed on the season from the Seattle Kraken goalies. This is based on expected regressions to Grubauer’s traditional numbers and his play down the stretch of last season. Such an improvement would put the estimated goals against at 248. Based on the exercise in this post, we are forecasting 197.4 goals from the current rostered players. That leaves us with a current goal differential of -50.6 goals and a gap of 45.6 goals to reach the negative five goal target.

If the Kraken intend to be aggressive in free agency to become a contender, there are plenty of candidates on the market that can help close that gap to become contenders. We estimate that the Kraken could sign at least two skilled forwards and one skilled defenseman during free agency.

In the next post we will breakdown the potential free agent targets and the likelihood they could sign in Seattle.