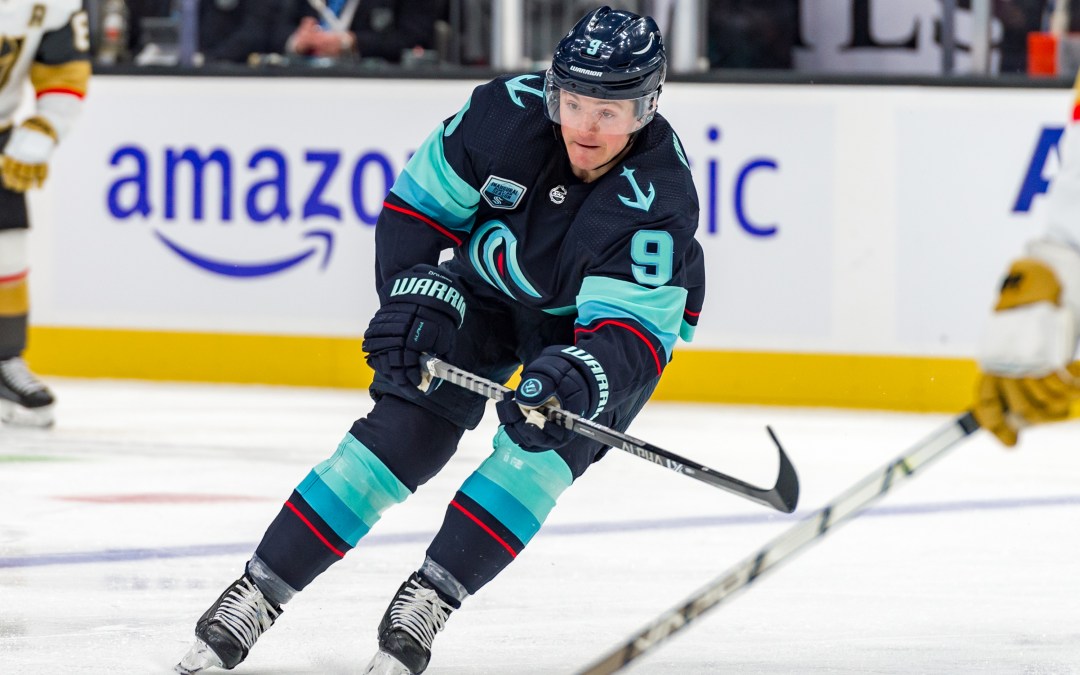 Sounding as much as we possibly can like Steve Van Zandt’s character, Silvio Dante, from The Sopranos: “Just when you think he’s out… They pull him… back in!” Yes, Kraken general manager Ron Francis has brought back fan favorite, Ryan Donato, on a one-year deal worth $1.2 million.

We truly thought Donato—scorer of the first goal in franchise history—had reached the end of his road with the Kraken when the team opted against tendering him a qualifying offer by the July 11 deadline. That meant Donato became an unrestricted free agent two days later. Such a move very typically means a team does not want a player back.

On that Wednesday, Francis addressed the media after the team signed Andre Burakovsky, Justin Schultz, Martin Jones, and a whole slew of minor leaguers. He was asked what led to the decision not to qualify Donato and said frankly that the team just didn’t want to risk going to arbitration with Donato. The concern was that Donato could have been awarded a contract that didn’t fit with the team’s plans for managing the salary cap. But Francis also left the door open to a return to Seattle for the 26-year-old winger. “We certainly like the player, and we’ll continue to have discussions there,” Francis said that day. “I don’t know where it goes, but that was the reason why we made that decision [not to qualify him].”

In the end, Donato returned to the club for at least one more season on a very fair deal for both sides. Via press release, Francis said, “Ryan elevated his game last season and we’re happy to have him return to the Kraken. He completed a career year and will hopefully eclipse that in 2022-23.”

Ryan Donato by the numbers

When Donato signed with Seattle for $750,000 just prior to the opening of last season’s training camp, he was joining his fourth NHL team in just his fifth season in the league. Donato had been traded from Minnesota to San Jose following the 2019-20 season, and then San Jose declined to tender him a qualifying offer after the 2020-21 season. Sound familiar?

Donato had his best pro season with Seattle in 2021-22, scoring 16 goals and 15 assists in 74 games. The goal and assist totals were both career highs. And his production was memorable too. He got the Kraken on the board for the first time ever by scoring a rebound goal against the Vegas Golden Knights in the team’s inaugural game.

When Seattle finally played its home opener at Climate Pledge Arena late in October, Donato was a healthy scratch, making us wonder at the time how much of a role he would play as the season wore on. But Donato took advantage of every opportunity. He did everything that was asked of him by coach Dave Hakstol and played seemingly every forward role at some point in the campaign, even getting time on both the penalty kill and power play.

Donato’s signing means the Kraken are officially a salary cap team. There are some pieces that need shuffling around, but based on CapFriendly’s projections, Seattle now figures to have under $2 million in space. The team can temporarily go over the cap by $3.5 million if needed by placing goaltender Chris Driedger, who is recovering from ACL surgery, on long-term injured reserve.

What this all means is that barring any player-for-player trades prior to the opening of the season, we are closing in on how Seattle’s roster will look.

How Ryan Donato fits with the Kraken

Donato showed last season that he really can play anywhere in the lineup. He’s a useful player to have at the team’s disposal, because as forwards got injured or offloaded via trades in 2021-22, Donato was able to slide into top-six roles and perform admirably.

We like him in a third- or fourth-line role, where he can still chip in offensively while playing with guys like Yanni Gourde, Brandon Tanev, Karson Kuhlman, and others who can bring energy and hard-nosed forechecking. Donato can provide a dose of skill and finishing touch with players like that, making Seattle’s bottom six more formidable.

Like we did with Oliver Bjorkstrand last week, we’ve slotted Donato back into the Kraken lineup, using JFresh Hockey’s roster building tool. Try not to get too hung up on the line combinations here, but with this group of players, Seattle now projects for 95 standings points.

Those 95 points would have left the Kraken four points shy of the playoffs in 2021-22, but the tricky piece here is that Shane Wright and Matty Beniers both lack sufficient statistical data for this tool, so they are each factored in as replacement-level players. With this in mind, it is reasonable to project the Kraken at least a few points higher than the 95 we see here.

We’re happy for Donato. He was great to cover last season, and he hasn’t had the easiest ride through his NHL career. This is a nice raise for a guy that proved he belonged with the Kraken.