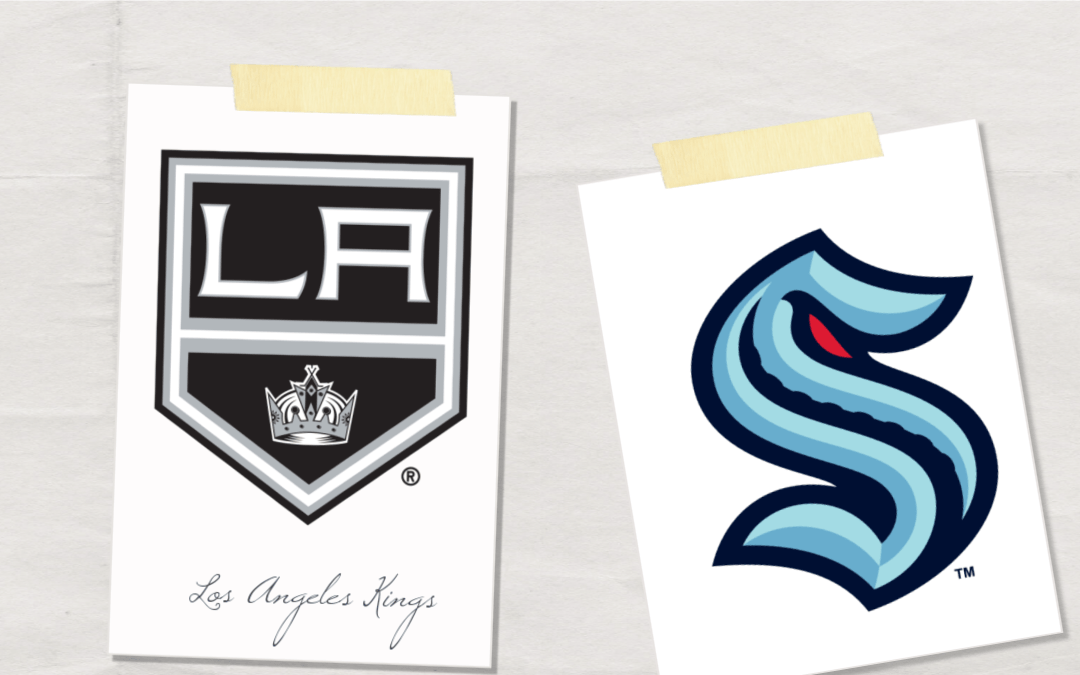 Sure, the Kraken could get somebody like Dustin Brown, Jeff Carter, or Jonathan Quick from the Kings in the Seattle Expansion Draft, but that seems unlikely.

It’s been a tough couple of years for Los Angeles Kings fans, who are still not that far removed from witnessing their club lift hockey’s greatest prize twice in three seasons between 2012 and 2014.

It must be difficult to see their team plummet from the cream of the crop all the way down to cellar dwellers in such a short time, although perhaps there is some overlap between Kings fans and Lakers/Dodgers fans, which would diminish the sour taste of not winning a championship for a few years.

What’s happened with the Kings is not unlike what has happened in places like, say, Chicago, where the central characters have remained on long, lucrative contracts, and as they age, the organization is attempting to rebuild around that same group through drafting and developing.

STATE OF THE TEAM

The old guard – Anze Kopitar, Brown, Carter, Drew Doughty, and Quick – have all reached their 30s, and in varying stages of the twilights of their respective careers find themselves stuck in the mud of a rebuild. Veteran feelings aside, L.A. seems to very much be on the right track to becoming a difficult Pacific Division foe for the Seattle Kraken within a few years.

Prospect experts indicate that Los Angeles had one of the deepest pools in the NHL before trading for Tyler Madden and drafting an elite talent in Quinton Byfield with the second overall selection in October’s NHL Entry Draft. This is obviously great news for Kings fans but confirms that this is a franchise that will certainly be a thorn in Seattle’s side for years to come.

Making things worse for Seattle, the Kraken will not have much to choose from off the coveted Kings’ prospect list, as the vast majority of their youth movement will not meet the exposure eligibility requirement of two professional seasons. So, if you think the Kraken will have a chance at guys like Alex Turcotte, Arthur Kaliyev, Rasmus Kupari, Gabe Vilardi, Jaret Anderson-Dolan, or Samuel Fagemo, you would be incorrect.

The Kings are one team that we at Sound Of Hockey predict will protect eight total skaters, rather than seven forwards and three defensemen, in the Seattle Expansion Draft. This is because we think they will want to protect an additional defenseman, pushing Seattle to choose one of their interchangeable forwards, of whom they have several.

We are assuming that L.A. will not be good again next season. Byfield has a solid chance of playing right away and being impactful, but coming out of junior hockey, it is unlikely he will be able to move the needle enough to get the Kings back to being competitive. Additions of guys such as Olli Maatta and Lias Andersson will also fall short of putting L.A. back into contention, and the team’s deep well of youngsters is not quite ready to be tapped and labeled the new core of the team.

We also believe at least some of the veterans of the past Stanley Cup runs will be exposed in favor of maintaining the future. Doughty — the youngest of the old core at 30 years old — is the only one of the group with a no-movement clause, so he is guaranteed to be protected. Otherwise, one can imagine a world in which all the remaining players of yore could be there for the taking.

But does Seattle want one of those veterans? We doubt it (unless Kopitar somehow becomes available, which feels like a long shot).

There’s still time for things to change for this roster before puck drop in … well … January … ish? But with the free agent market all but stalled, unless L.A. for some reason pulls off a whopper of a trade, it feels like the front office is prepared to stink for another year.

It crossed our minds at Sound Of Hockey that the Kings could expose Kopitar to Seattle in the Expansion Draft, being that he will be 34 when the Kraken start playing, and his contract runs all the way until 2024 at a $10M annual cap hit… But we thought better of it. Unless he has a terrible season, Kopitar will be protected. He is still their best player.

One question mark here didn’t exist for L.A. two months ago. The Kings took Olli Maatta’s salary off the hands of the cap-strapped Blackhawks at the beginning of October in a move that cleared $3 million from Chicago’s books through 2021-22.

Sean Walker had previously been slated as the last guy protected on L.A.’s blueline, but does Maatta’s addition to the lineup change this? While both players are 26 years old, Maatta has way more service time than Walker with 427 career games, 124 points, and two Stanley Cups.

The two had similar stats this past season, and while Walker has a better contract ($1.4 million lower cap hit for two years longer than Maatta), we will give the protection edge to Maatta, based on a stronger long-term resume.

Quick, turning 35 in January, is flat out too old to protect and has lost whatever the goalie version of “a step” would be. Jack Campbell was traded away to Toronto during the season. That leaves only one in L.A.’s crease that shall be protected.

Andersson is a very interesting case and another one of those assets that wasn’t something for the Kings to worry about in expansion two months ago. He had a tough go in the Rangers organization, eventually asking for a trade, leaving the team, and returning to Sweden.

New York did officially deal him to L.A. on draft day, giving Andersson a fresh start on the opposite coast. He so far has not lived up to his No. 7 overall selection, but the kid has oodles of talent and is still just 21 years old. Seattle could do much worse than landing a young player with this much upside this early in his career.

Wagner, 23, is the other most intriguing choice here. With probably less upside than Andersson, Wagner has a ton of speed and has proven himself a useful NHL player, though mostly in a checking role. In 127 career games played, Wagner has 18 goals and 14 assists.

We talked previously about the decision to be made between Maatta and Walker, and that’s assuming that Los Angeles does take the route of protecting eight total skaters in favor of holding onto four of their defensemen. Should the Kings go with the seven/three/one protection list, then Seattle would be able to choose from Maatta and Walker if one of those is more appealing than an Andersson or Wagner up front.

… But we don’t think this will happen.

Brown and Carter are signed through 2021-22 and Quick is signed through 2022-23, all at $5M+ cap hits. With the Kraken needing to hit the cap floor, one could see the Kraken taking one of those players if Los Angeles can do enough to sweeten any such deal. Taking any of those players would not be done with the intent of building the Kraken roster around them, but rather to get the Kings to throw in useful assets and get a year or two of service from an aging but respected veteran.

Check out our previous articles looking at likely Seattle Expansion Draft scenarios for the Red Wings, Senators, and Sharks.