Seattle Kraken Milestones to Look for in 2021 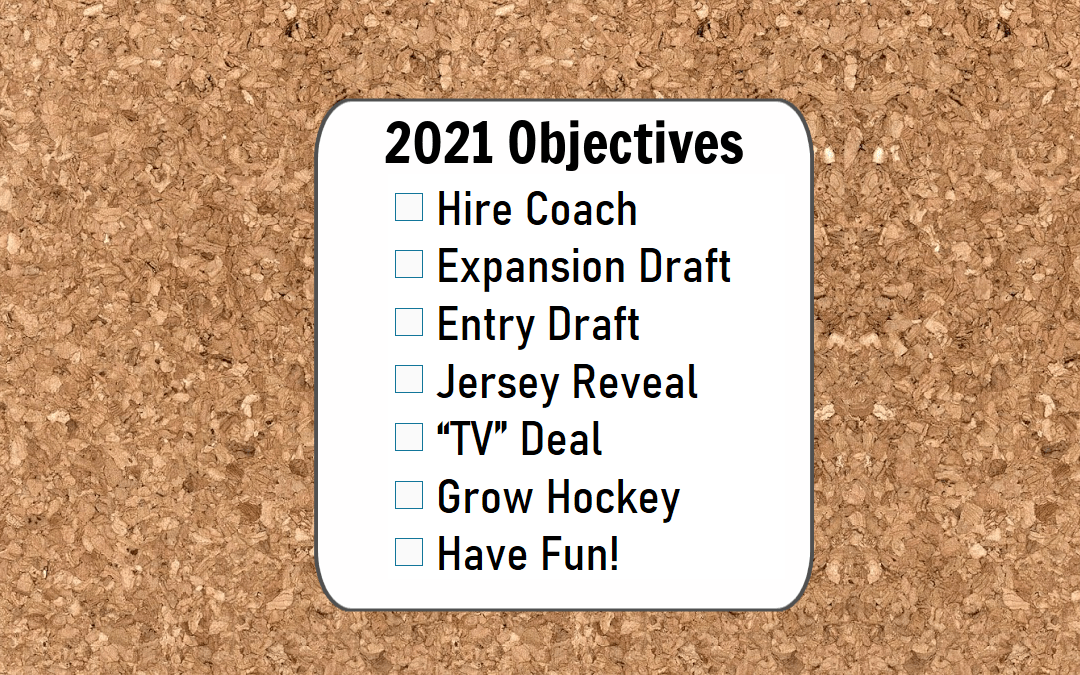 Here are some milestones Seattle fans should have on their radar as we turn the page on 2020, and the Kraken look to make their official debut in the fall of 2021.

There has been a lot of anticipation on the hiring of the Seattle Kraken’s first head coach. General manager Ron Francis has signaled that he is willing to be patient in filling this role. Unless there is a coach out there that he really wants, then there is no rush. However, the head coach should contribute to discussions around the Expansion Draft selections, so we would anticipate a coach will be hired in the April/May timeframe. This is conjecture, and the team hasn’t said anything specific about when it plans to hire somebody, but that would make sense.

The Seattle Expansion Draft is set for July 21st. I have this date etched in my brain. This is the date the Seattle Kraken becomes a team. This is how the core of the team will be built and is probably the single most important date on the calendar.

40% of the players in the 2020 Stanley Cup Playoffs were playing for the teams that selected them in their respective drafts. Eventually, the Seattle Kraken will be mostly homegrown draft picks from the NHL Entry Draft. We might not see some of these “kids” play for the Kraken for several years, but while the Expansion Draft is the present, the Entry Draft is the future. The 2021 NHL Entry Draft will be July 23rd and 24th. Depending on how the Draft Lottery goes, Seattle will pick somewhere in the top six.

Fans wanted their authentic Kraken jerseys yesterday, but teams usually unveil their jerseys the summer leading up to the season. There might be an exception to the Kraken being that they are not playing this season, so there is a chance the official jersey and uniform will come early. The earliest I could foresee the official jersey reveal happening is May 10th and the latest might be August.

I might be anticipating this more than most, but I can’t wait to see the NHL Schedule with the Seattle Kraken listed all over it. When is Opening Night? When are my San Jose Sharks coming to town? When do we get to see Connor McDavid play at Climate Pledge Arena? Schedule reveals tend to be around the NHL Entry Draft, so I would expect this in late July or early August sometime.

A lot of the current TV deals that sports franchises have are designed for business models and revenue streams built in 1990s. Has anything in the digital video distribution business changed since then? Of course it has.

Figuring out what kind of “TV” distribution solution the team agrees upon should be interesting. There is the traditional pay TV route (Cable, Satellite, and Internet TV) or the aforementioned streaming services. Both have their pros and cons in terms of demographics, accessibility, user base, revenue, etc. I could write a whole separate article about this, but for now we’ll leave it at this. Expect information about the Kraken’s distribution partners and solutions in the summer.

The Seattle Kraken have been quiet in pushing youth hockey and Learn to Play programs since being awarded a franchise two years ago. You do not have to play the game to be a fan, but youth hockey has always been the lifeblood of building new supporters for life.

Expect a lot of Try Hockey for Free and Learn to Play programs all year round when the Kraken open the Northgate facility in the fall.

It’s coming. 2021 will mark the inaugural season for the Seattle Kraken, which – assuming everything does get back on track now, as the NHL has planned – will commence in October.

Those are just some of the big milestones Kraken fans can look forward to in 2021. We’re just about 9 months away from dropping that puck. I hope you’re as excited as I am.