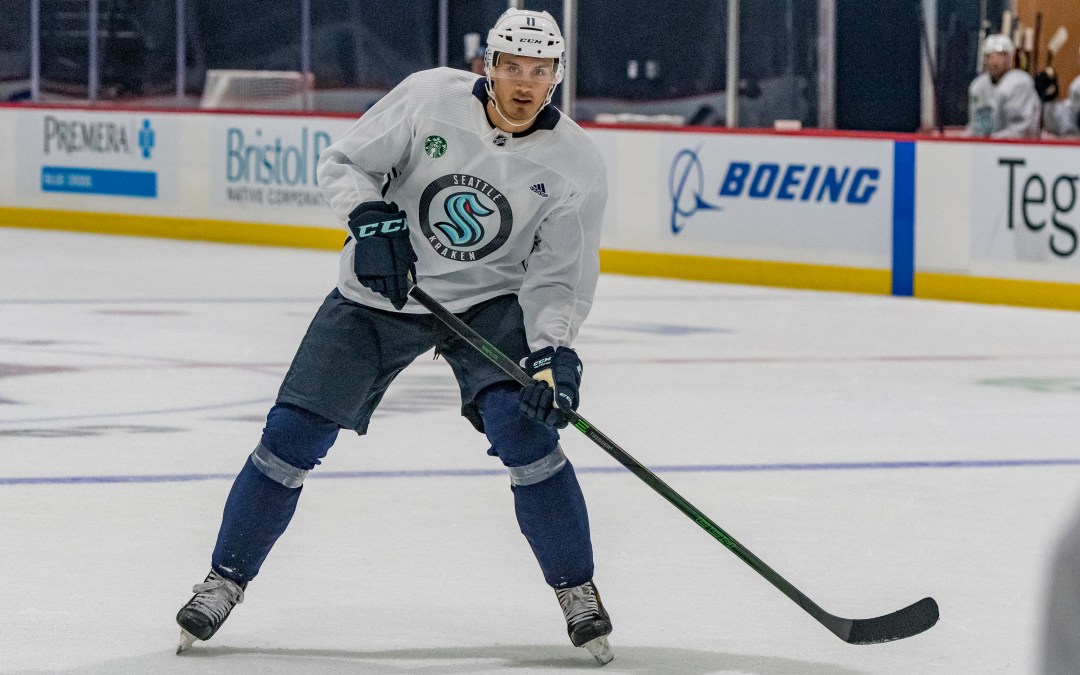 It’s here! It’s here! It’s finally here [insert “Michael Scott ‘It’s happening!’” gif]! The first-ever Seattle Kraken training camp is upon us. Thursday morning, Seattle’s players take the ice at the Kraken Community Iceplex to practice in a split-squad format with their coaches present and calling the shots for the first time.

There will be a lot of excitement over the next few weeks as we build closer and closer to opening night in Vegas on Oct. 12. But before that day comes, a lot of questions need to be answered for Seattle.

The most common debates during just about every NHL training camp ever have revolved around which bubble players will break camp with their respective big-league teams and which players will instead be put on waivers and/or assigned to the AHL.

Being that we’ve never seen this group play together, there may be more question marks around this particular roster than we will ever see again. And with 44 total players in camp, there are a lot of decisions that will need to be made by head coach Dave Hakstol and his staff to get the group down to 23 in the next three weeks.

Trying to keep track of all the players and their performances could make your head spin, so we’re going to whittle this down to help you focus on a few key battles in the first Seattle Kraken training camp.

Here are the players that we are certain have a spot on the team. Some combination of Jaden Schwartz, Alex Wennberg, Jordan Eberle, Jared McCann, Yanni Gourde, and probably Calle Jarnkrok will make up the scoring lines, though Gourde will miss time as he continues to recover from shoulder surgery.

Beyond those six, there are Brandon Tanev, Joonas Donskoi, Marcus Johansson, and Mason Appleton who clearly will play significant roles, though probably not in the top six.

On the blue line, the obvious top pairings will be made up of Mark Giordano, Adam Larsson, Vince Dunn, and Jamie Oleksiak.

We’re calling this group “the probables,” because they’re all bona fide NHL players, so we fully expect them to end up with spots on the roster. The thing about this group is that it isn’t totally clear who from this lot will dress each night and who will watch from the press box.

Donato and Sheahan are in similar boats here, so one could imagine a world in which they are battling one another for a spot in the lineup. Still, we believe they will both be on the roster when camp ends.

That brings us to “the battlers,” those players that are fighting for a spot on the NHL roster when the Kraken break training camp in October. Based on our math—assuming that Gourde isn’t included on the initial 23-man roster and that we are correct with all of our above predictions—there are two spots left to fill. “The battlers” are the players that have a chance to fill those spots but will have to really perform well these next three weeks.

Here’s a curveball to consider, though. Let’s also assume that everyone previously mentioned (except Gourde) stays healthy all the way through to opening night. It generally makes more sense to carry two extra forwards and one extra defenseman, and we’ve listed seven defensemen above, so there is already going to be an odd man out from that group.

Based on this logic, unless one of those seven defensemen gets injured, anyone listed on the blue line below is likely destined to start the season in Charlotte. Still, they need to make a lasting impression, and nothing is written in stone, so these guys will all be competing hard regardless of their position.

Much like line projections, these training camp conversations always need to be taken with a grain of salt. Seattle could play one game, have an injury, and then need to call a guy up that doesn’t make the initial roster out of camp, rendering all of our impassioned debating moot. Still, it makes for some fun competition over these next few weeks as players look to solidify roles with the inaugural Kraken team.