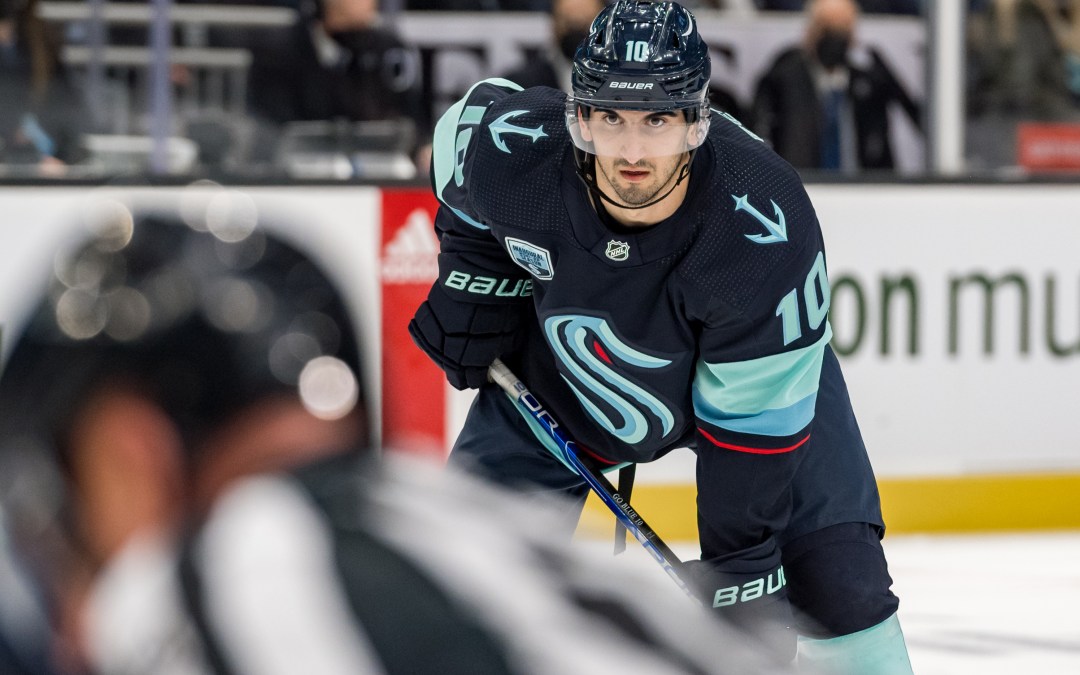 Heading into the July, 2022 NHL Entry Draft, the Seattle Kraken have twelve draft picks, including a high first-round pick (No. 4 overall) and four second-round picks. This stockpile of picks, and the trades that acquired them, prompted me to revisit a longstanding curiosity: What is a draft pick “worth”?

Over the years, there have been many studies quantifying the value of NHL Draft picks. Most of these studies have looked at the performance or longevity of the players taken at the various draft positions in order to reverse engineer a composite “expected value” for each pick.

For example, Michael Shucker created a model in 2011 that calculated pick value based on the odds of playing 200 NHL games. Dom Luszczyszyn at The Athletic created a draft pick model in 2020 based on a draft player’s Game Score Value Added (GSVA), a hockey analytic he pioneered. (Read more about GSVA here.)

This is not what I did. My approach says nothing about the projected quality of players selected in a particular draft position–at least not directly.

Instead I tried to get to how teams have–by their actions–actually valued draft picks. To do this, I looked at the pick-for-pick trades made by NHL teams in recent drafts with the goal of understanding how teams have actually stacked up the value of one pick versus another.

Say the Kraken trade the No. 35 pick in 2022 for the Nos. 44 and 76 picks in 2022. Is that a fair deal or not? Setting aside the actual players drafted, the historical trade data should help us understand whether or not the swapped picks balance out.

Without further ado, here is my trade value chart:

To read this chart, find the value associated with the pick(s) targeted for a trade up or down (or involved in a known trade). If a trade returns more “points” to a team than it is giving up in exchange, then the team has obtained a good deal and vice versa.

Returning to our example, if the Seattle Kraken traded the No. 35 pick (116.07 points) for the No. 44 pick (78.37 points) and No. 76 pick (24.79 points), you could conclude that, while the trade is certainly in the neighborhood of “fair,” the Kraken lost a bit of value in the deal because they gave up 116.07 points of draft value but only received 103.16 points in return. Of course, this does not mean the deal is bad, necessarily, if the Kraken draft the better players. It just means that NHL teams value what they gave up more than what they received.

My first impression of the chart? Moving up in the NHL Draft is expensive. Graphically, the trade value chart looks like this:

How does this trade value chart compare with player-value-based approaches?

After building a model based on trades teams have actually made, it is natural to consider how it compares with the value-driven draft models already out there. Is there any market inefficiency between how teams actually behave and how they should behave?

I have not yet truly dug into this question since I think it would be a rewarding topic for its own separate article, but, preliminarily, I did compare the trade value chart against Luszczyszyn’s GSVA model. I normalized the values on our chart so that the total draft pick value as implied by trade data and the total draft pick value as indicated by drafted player GSVA would match.

While the curves are similar, there are notable divergences. Near the top of the draft, the trade value of a pick has exceeded the projected GSVA of the players actually selected. The gap is most significant at the first overall pick and steadily decreases until the values converge at approximately the 35th pick. In other words, the data suggests that a team is likely to produce surplus player value if it trades down out of the first round–even if it makes just an “average” trade as indicated by the market.

This dynamic flips thereafter. Particularly in the second and third rounds, the trade market apparently undervalues these draft picks, at least as indicated by drafted player GSVA.

Which pick is most undervalued by the market? The 64th overall. In this range–the late second round and into the third round–a team may be able to generate surplus value even by making just a “fair” trade moving up.

My original inspiration for this project was the work done by Rich Hill at Pats Pulplit. Hill developed a descriptive, trade-based draft value chart for the NFL Draft.

Eric Tulsky engaged in a similar project for Broad Street Hockey on the NHL Draft back in 2013, looking at trades from 2006-12. While the trade data and approach I employed were different–and I could not exactly replicate his results–the end draft pick values were actually not so far off, which suggests to me that there has not been a paradigm shift in team trade behavior over the last decade.

If you’re interested in digging in more on the methodology behind developing this trade value chart, some limitations of my approach, and the performance of the model, click here to view an appendix to this article.