The Seattle Kraken fan’s guide to the NHL trade deadline 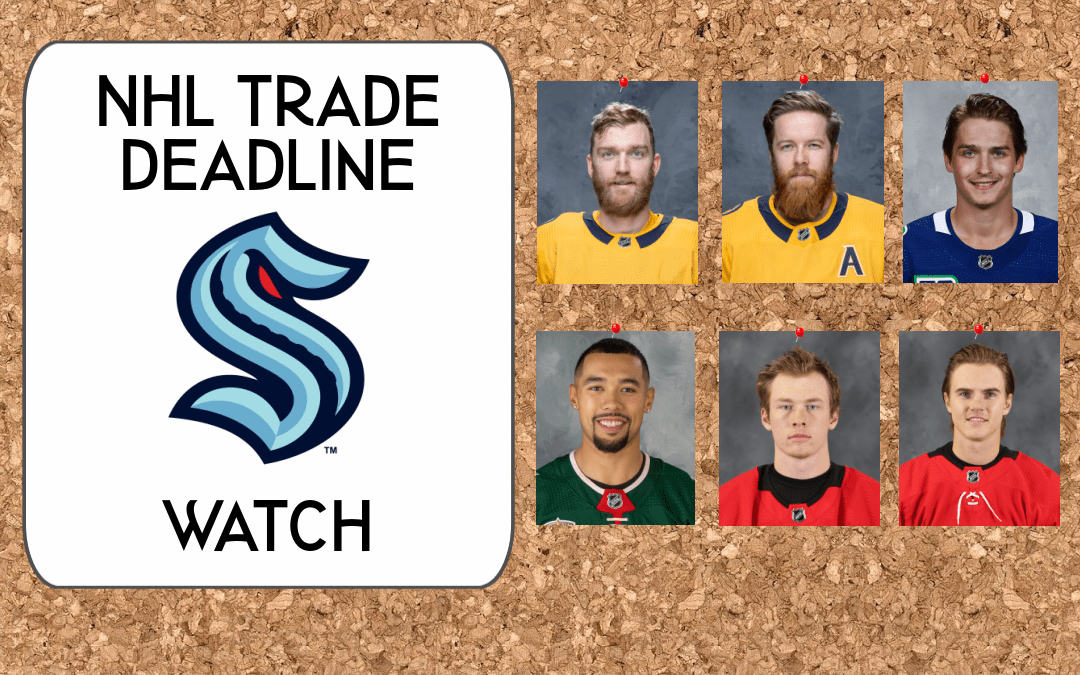 Before diving in, you may want to check out our latest protection projections that we completed a few weeks ago (Central, East, West, North).

The Predators are sitting in seventh place in the competitive Discover Central Division. It would take a minor miracle for the Preds to contend for a playoff spot at this point. With a relatively old core of players, they will likely be looking to shed some assets in return for draft picks to begin the rebuild process.

There are several players that could be on the trading block, but the names Kraken fans should focus on are defensemen Mattias Ekholm and Ryan Ellis. Both are projected to be protected with Nashville probably going with the eight total skater protection scheme, rather than seven forwards and three defensemen.

It has been a popular opinion that Nashville will protect four defensemen in the upcoming Expansion Draft, which would mean they could protect only four forwards. However, if either Ellis or Ekholm is traded before the Expansion Draft, then this will enable the Predators to protect only three defensemen and seven forwards, thus limiting the options Seattle will have from Nashville.

The Wild also have a wealth of riches on the blue line. Jared Spurgeon, Ryan Suter, and Jonas Brodin all have no-movement clauses and will be protected in the Expansion Draft. This will either leave Matt Dumba exposed or they could elect to protect him as the fourth defenseman. Protecting four defensemen would then expose either Jordan Greenway, Marcus Foligno, or Joel Eriksson Ek. The trade talk on Dumba has been quiet, but the Wild will probably do something with the right-shot offensive defenseman before the Expansion Draft. Other options would be to get one of their NMC forwards, Zach Parise or Mats Zuccarello, to waive their NMC or they could offer Seattle a decent side deal.

The Hurricanes have a highly competitive team and could look to add some firepower heading into a battle for the Central Division against the defending champion Tampa Bay Lightning and the high-powered Florida Panthers. The Hurricanes could offer up some of their youngsters like Jake Bean or Morgan Geekie that the Kraken have likely circled on their Expansion Draft board.

Jake Virtanen has been on the perpetual trade block for the last couple years. If Vancouver finally moves on from “Shotgun Jake,” you can bet on the Canucks protecting 22-year-old Kole Lind who has 8 points in 8 games for the Utica Comets, the team’s AHL affiliate. Lind would certainly be shortlisted by Ron Francis and team.

The Golden Knights have a pretty strong team right now and could end up being quiet in the trade market as we get closer to the NHL trade deadline. Per the Expansion Draft rules, Vegas will not be participating in the Expansion Draft this summer. We will be less interested in the players traded to Vegas and more interested in the players traded out of Vegas. Any significant player with term left that gets traded out of Vegas will either need protection by their new team or will be added to Seattle’s watchlist.

It is important to note that all trades could impact the Seattle Kraken’s Expansion Draft options in some way or another. We will be keeping an eye on all of them here at the Sound Of Hockey.