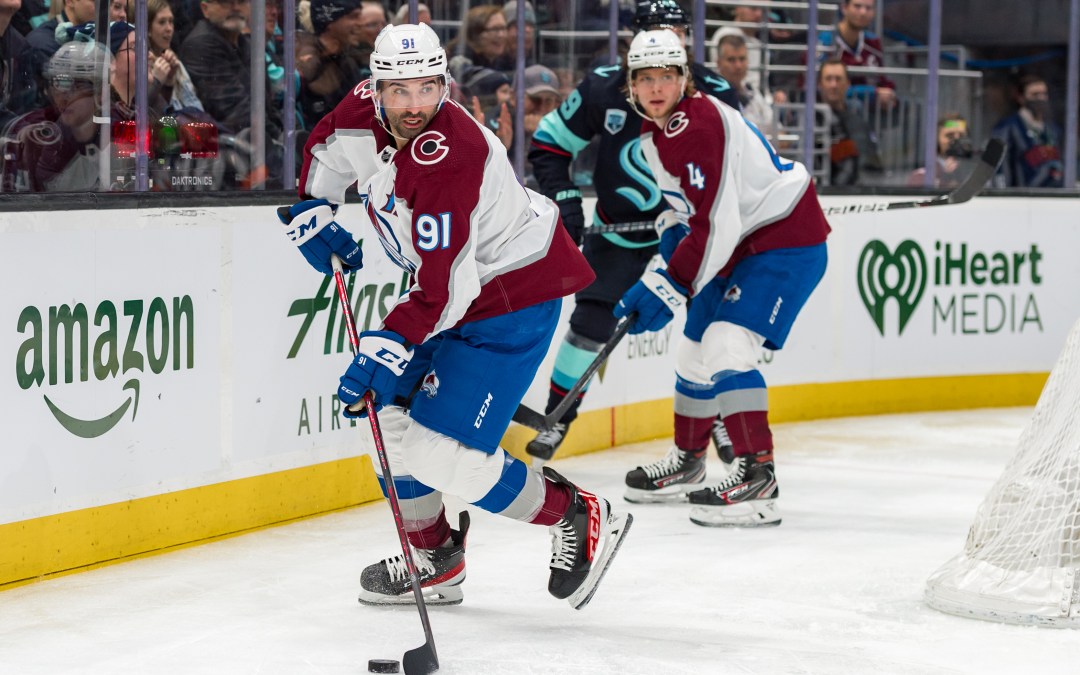 The Kraken had a busy week last week that saw them trade for Oliver Bjorkstrand, sign free agent Michal Kempny, and re-sign Morgan Geekie and Ryan Donato. Things were much quieter in the last four days, though, and we’re now into what is typically the slowest hockey news month. Between it being August and the fact that Seattle is getting close to the salary cap, we have a hunch the team could be largely closing down shop for the next few weeks.

Nonetheless, there was still some news around the hockey world in recent days, so we’ll tackle that in this edition of Occasional Weekly One-Timers.

Kraken have a new ECHL affiliate

The Kansas City Mavericks announced they are the new ECHL affiliate of the Seattle Kraken, replacing the Allen Americans after just one season of partnership.

For those unfamiliar, the ECHL is one step below the AHL, and players can shuttle between the two leagues if/when the Kraken organization needs a spot for minor-league players who aren’t getting ice time with the Coachella Valley Firebirds. It’s rare that players who play in the ECHL ultimately make it to the NHL, but it is not unheard of. It’s an especially useful league for developing goalies, as there are so few opportunities for young pro netminders to get playing time.

Entering last week, there were two big free-agent dominoes that had not yet fallen. One of those two did find a landing spot, at least for (most of) this upcoming season. Right-shot offensive defenseman John Klingberg signed with the Anaheim Ducks for one season at $7 million. The deal came just days after Klingberg fired his longtime agent, Peter Wallen, and replaced him with Newport Sports Management. The firing indicated that Klingberg wasn’t exactly enamored by how things had gone for him in free agency, and it’s no surprise that he found a contract just a couple days later.

We thought there was a fit for Klingberg in Seattle, especially considering the team was looking to upgrade offensively and was thin on the right side of its blue line. According to Elliotte Friedman, Seattle did have discussions with Klingberg’s agent early in free agency but did not see eye-to-eye on term and/or AAV.

As things shook out for the Kraken this offseason, it became clear that general manager Ron Francis was more interested in improving the team’s forward corps by adding scorers in the $5-million range. So, in came Bjorkstrand and Andre Burakovsky. Francis did sign a more budget-friendly, right-shot puck mover in Justin Schultz at the beginning of free agency. In retrospect that probably signaled the end of the road for “Klingberg to Seattle” clamorers.

Klingberg landing in Anaheim on a one-year deal is a surprise. Viewed as one of the top free agents on the market, we figured the 29-year-old Swede would land a seven- or eight-year mega deal. But those offers either never materialized or Klingberg’s camp misplayed the market.

For the Ducks, adding Klingberg helps the team get above the salary cap floor. On the ice his signing does make Anaheim better this year, and comes on the heels of the offseason additions of Ryan Strome and Frank Vatrano. The Ducks showed early season promise in 2021-22, as young players like Troy Terry and Trevor Zegras broke out. We don’t expect them to really be contenders, but this signing gives them a fighting chance and could be intended as a signal to the team that new GM Pat Verbeek wants to start contending soon. It also gives Verbeek a nice chip at the trade deadline if Anaheim isn’t in the playoff hunt.

Nazem Kadri to the Islanders?

With Klingberg finally signed, the lone remaining big domino is Nazem Kadri. But rumors of Kadri landing with the New York Islanders are certainly swirling and picked up steam with this tweet from independent scout Mark Seidel.

Kadri is coming off a career year and played a key role for the Cup-winning Colorado Avalanche. The veteran center scored 87 points in 71 regular-season games for the Avs and added 15 more points in 16 playoff games.

The Sharks could be quite bad this season, so Quinn has his work cut out for him. After going 32-37-13 in 2021-22, San Jose traded away first-pair stalwart blueliner Brent Burns and did not make any real upgrades this offseason.

Just when you thought hockey had officially entered the quiet period of the offseason, the Hlinka Gretzky Cup dropped the puck over the weekend. The tournament is a key piece of the annual scouting puzzle for NHL teams, featuring the world’s best under-18-year-old prospects. It plays a big role in determining draft stock for participants as they enter their respective draft seasons.

Team USA got off to a hot start Sunday with a 8-1 drubbing of Germany, and will play again Monday against Finland. Canada barely squeaked out a 14-0 victory over Switzerland in its opener.