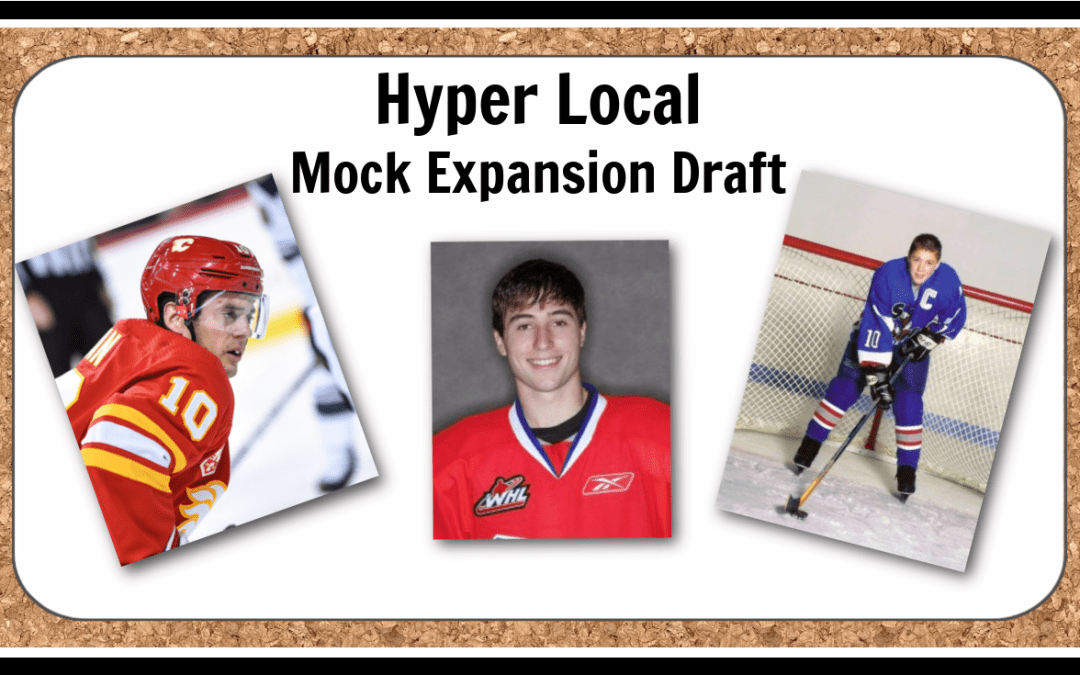 There are several NHL players with local ties that are possible draft picks for the upcoming NHL Expansion Draft, but I wanted to see if it was possible to build an entire team with connections to the Pacific Northwest. Against my better judgement, I went on an endeavor to create the most local expansion team possible that was still compliant within the rules of the upcoming Seattle Kraken Expansion Draft.

The rules of the hyper-local Expansion Draft are the same as our other mock drafts that we have been completing at Sound Of Hockey over the past couple of weeks.

To make it hyper local, however, we have added a few additional stipulations.

This is the easiest part of the draft. We take Dylan Gambrell (SJS) from Bonney Lake, Derek Ryan (CGY) from Spokane, T.J. Oshie (WSH) from Mt. Vernon, and Tyler Johnson (TBL) from Spokane. Ryan is a pending free agent so he takes our UFA spot. That might put us in a bind later, but he is an obvious selection.

Spokane is covered with Ryan and Johnson so we need to make sure Seattle, Everett, Tri-City, and Portland have representation. We also need to make sure we have the positional requirement of 14 forwards, nine defensemen, and three goaltenders. I am going to prioritize goalies first since that is allegedly an important position (though I don’t really buy that).

Now that we have our US Division WHL players selected, let us identify our BCHL player, our Alaskan native, and our Idaho Steelhead.

We have met all the core requirements across geographies and leagues, so now we need to fill out the rest of the team. I will now need to focus on WHL US Division players that I know off the top of my head could be available. Matt Dumba (MIN/Portland), Jake Bean (CAR/Tri City), Caleb Jones (EDM/Portland), and Ryan Johansen (NSH/Portland) will fit in nicely with the hyper-local Kraken.

The rest of the squad

…and I am utterly exhausted from looking at literally hundreds of hockeydb.com player profile pages.

Let’s see how we did.

We seem to be a little heavy at the center position and a little light at left wing, but we’re hoping some of the centers we took can shift over.

Even with the constraints of the rule addendums for the Hyper-Local Mock Expansion Draft, there are some players that could be candidates for the Kraken. Hill, Bean, Jones, Stecher, Oshie, Gambrell, and Bellows are probably on a short-list at Kraken HQ.

I hope you enjoyed a lighter look at the Expansion Draft.