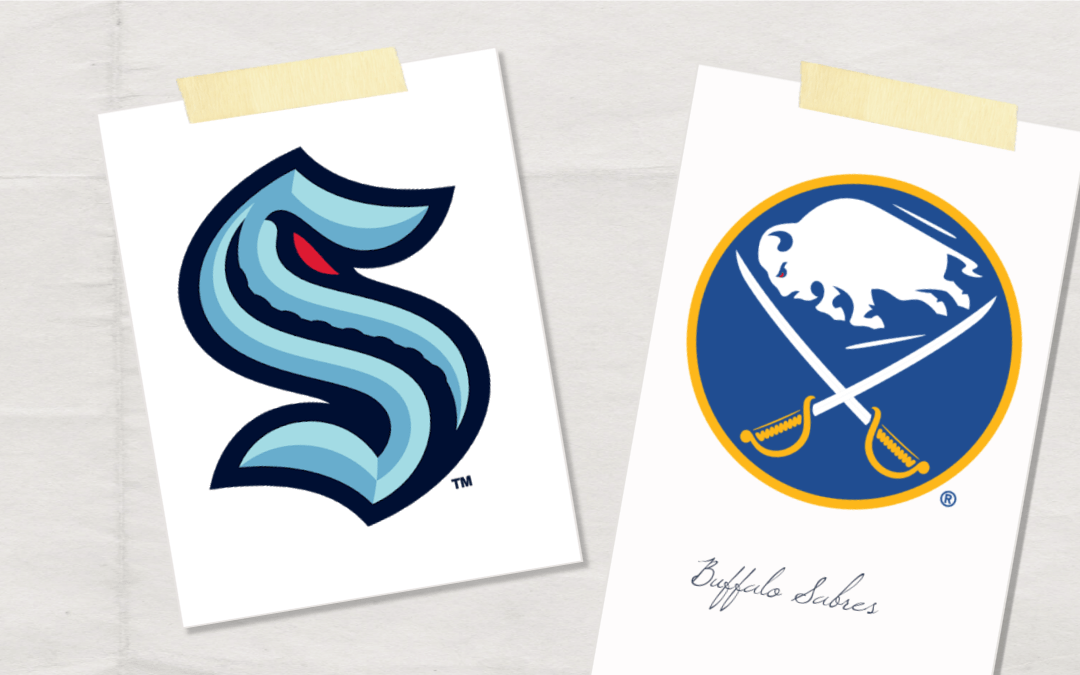 Owners of the longest current playoff drought in the NHL, the Buffalo Sabres appear to be on the verge of a breakthrough season that might also benefit the Seattle Kraken in the Expansion Draft.

The Sabres finished just three points behind – and played two games fewer than – the play-in bound Montreal Canadiens when last season was halted because of COVID-19.

During the offseason they landed the most coveted free agent forward, former Hart Trophy winner Taylor Hall, with a one-year, $8 million deal. Combined with franchise cornerstone center Jack Eichel (36 goals and 78 points in 68 games), newly added veteran centers Eric Staal and Cody Eakin, and budding talent in the organization (ranked No. 5 by The Athletic), Buffalo should be a playoff contender.

If the Sabres do indeed make the postseason for the first time in 10 years it would mean more options for the Kraken’s Expansion Draft. Identifying the Sabres’ best players destined to be protected is a mostly straightforward exercise, as spelled out below. But to reach the playoffs, Eichel, Hall, young star defenseman Rasmus Dahlin, et al. will need members of their supporting cast to step up. And that will surely mean more attractive players from which the Kraken will have to choose.

Buffalo and Seattle face a Taylor Hall dilemma up until 2021 Expansion Draft day.

If Buffalo re-signs him before then, he’ll naturally be protected. Considering all the uncertainty about 2020-21, the flat cap, and sagging hockey-related revenues, don’t bet on Hall re-signing during the season. He shrewdly grabbed that one-year deal with an eye on hitting it big on a long-term deal with his next contract, and he’s going to see how he fits in with Buffalo.

Sound Of Hockey’s John Barr previously threw down the possibility of the Kraken taking Hall despite his looming unrestricted free agency. If he’s out there unprotected, the Kraken need to be ready with creative contract offers to dazzle Hall and his agent. Seattle will have an exclusive 48-hour window to negotiate with pending unrestricted free agents prior to the Expansion Draft. That’s a tight time frame to reach a deal on a career-defining contract, but no team will be in better position than the Kraken to put something like that together.

Of course, Buffalo might try to unload Hall close to the trade deadline if the playoffs seem out of reach.

Buffalo has $3.496 million in cap space and 21 of 23 roster spots taken, according to CapFriendly.com. More offseason free agent moves are not likely, but then again few people expected Hall to sign with the Sabres.

Mittlestadt, the eighth overall pick in 2017, hasn’t lived up to expectations in two pro seasons, including half of last year in the minors.

Coming off a season-ending shoulder injury, Thompson, 23, is a 6-6, 215-pound right winger who still has to prove he can stick in the NHL.

If Hall re-signs, he’d replace Asplund, 22, on the protected list. But at least Asplund has been playing recently. He just completed his loan to Vasteras IK in Sweden’s second tier pro league, scoring four goals and nine points in 14 games.

Third-stringer Johansson, 25, should push for some NHL playing time after going 14-4-3 with a 2.28 GAA and .921 save percentage last season at AHL Rochester. He was recently loaned to the Krefeld Penguins in Germany’s top hockey league, the Deutsche Eishockey Liga.

As mentioned above, Hall is an option to pursue if he’s a pending unrestricted free agent.

Third-line center Eakin has been through this before. The Vegas Golden Knights selected him from the Dallas Stars in the 2017 Expansion Draft. He spent two-and-a-half seasons there, scoring 37 goals and 41 assists in 199 games before being traded to the Winnipeg Jets in February.

Girgensons is also a third-liner who can kill penalties but has reached 30 points in a season just once in eight years in the NHL.

Jokiharju, 21, is a near-lock to be protected, leaving McCabe, 27, Miller, 28, Montour, 26 and Borgen, 23, as the best remaining blue line options available to the Kraken.

If Hall is out of the picture, we see it coming down to one of three defensemen: Jokiharju, Montour or Miller.

Miller was taken by the Golden Knights in the Expansion Draft and had a career year in Vegas’ debut season with 10 goals and 41 points. He played well last season when he was paired with Dahlin, so he could ride the young Swede’s coattails to a bounce back from one goal and 11 points in 51 games.

Montour will be an unrestricted free agent next offseason, so the Kraken might consider using the 48-hour window to negotiate with him if he improves from a down season (five goals, 18 points). Head coach Ralph Krueger clearly favored Montour over others, as he ranked second in ice time per game among Sabres defensemen in 2019-20. His puck possession skills give him an edge as he finished near the top of the NHL in zone entries per 60 minutes, according to Die By The Blade.

If the Kraken want a stay-at-home defender, McCabe or Borgen will be options. McCabe (6-1, 204 pounds) plays a shut-down role and doesn’t offer much offensive production. After two seasons in the AHL, Borgen (6-3,198 pounds) could make a push for a roster spot in 2020-21.

Goaltending is Buffalo’s weakest link, and Linus Ullmark, 27, hasn’t exactly seized No. 1 role. He and Carter Hutton will be unrestricted free agents after this season, so the Sabres recently signed Dustin Tokarski, 31, to a two-year deal to ensure they’ll have a live body under contract to leave exposed in the Expansion Draft. Nothing to see here from Seattle’s standpoint, unless Buffalo makes Johansson available.

Kraken general manager Ron Francis knows Jeff Skinner well from when they were both in Carolina. Could the former Hurricanes GM be convinced to take Skinner if he waives his no-movement clause? Bear with us for a moment.

Skinner, 28, has a hefty contract worth an average annual value of $9 million through 2026-27. He didn’t come close to deserving that much in the first year of the deal, notching 14 goals, 23 points, minus-22 and a paltry 7.7 shooting percentage in 59 games last season.

That’s a lot of money to be on the hook for until Skinner is 35, so the Sabres would have to offer a mighty amazing sweetener in the form of a quality player or valuable prospect. It’s a type of move that would impact his longevity in Seattle, so Francis would have to be absolutely sure Skinner can bounce back and show he deserves to be among the current top 25 highest-paid players in the league. Selecting Skinner alone would be foolish, but Buffalo dangling a top forward prospect such as Dylan Cozens would be tantalizing.

Another interesting layer of intrigue is Francis’ former Hurricanes teammate Kevyn Adams taking over as Buffalo’s GM in June. On the surface, before any games have been played under his tenure, Adams has done a nice job at reshaping the Sabres. Can the wily veteran Francis outfox the rookie GM when the Kraken decide which Buffalo player to take at draft time?

Discuss that and other Buffalo scenarios below.