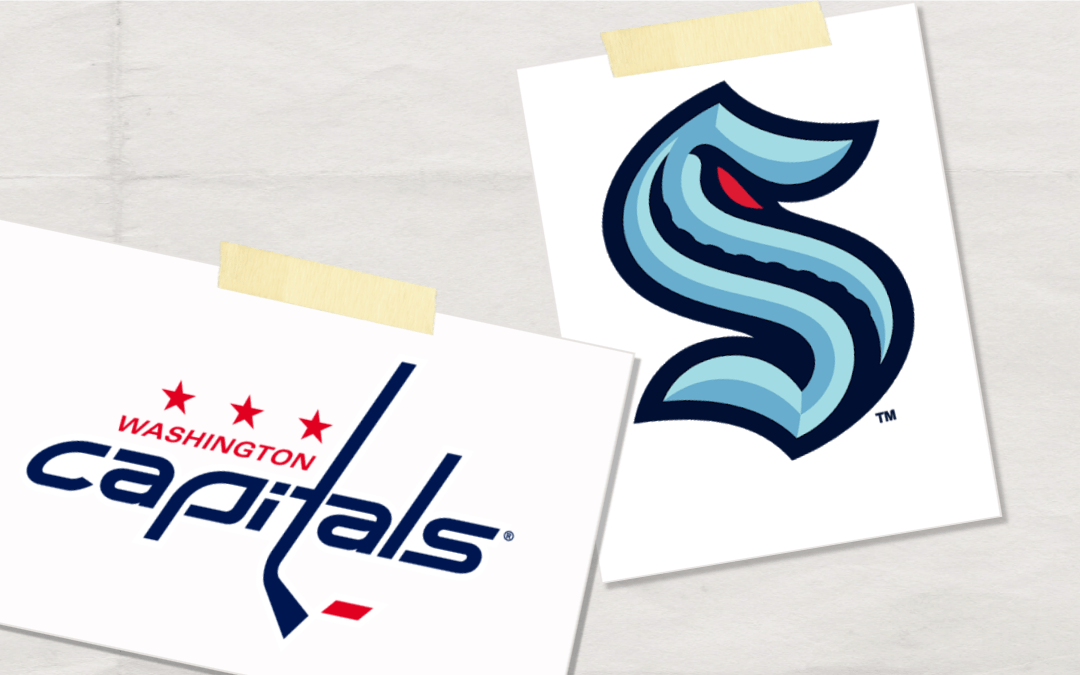 The Seattle Kraken almost surely will have a chance at a veteran ready to contribute right away from the Washington Capitals in the Expansion Draft.

The Capitals already possessed a roster in win-now mode with several veteran contributors. And then, for good measure, the Capitals signed 43-year-old behemoth Zdeno Chara to a one-year contract. What does this have to do with Expansion? Well, not much, but we just wanted to mention that they signed a 43-year-old behemoth.

Alex Ovechkin’s 13-year mega contract runs out after this upcoming season and the Russian superstar will be a free agent for the first time since he was 22 years old. He’s expressed interest in ending his NHL career in Washington before then ending his overall hockey career with Moscow Dynamo, the KHL team he played for growing up in Russia.

Even so, the Capitals are going to leave Ovechkin unprotected during the 2021 Expansion Draft.

Yes, I know that sounds crazy. But hear me out.

With no expressed interest in playing for anyone other than the Capitals in the NHL, there’s no rush for Ovechkin and the Capitals to agree to a contract before next summer’s free agency window and can instead devise a handshake agreement.

It’s a bit of a risk because Ovechkin can turn around and sign with the Kraken in the 48-hour negotiating window before the Expansion Draft, which is highly unlikely, but it’s one Washington may be willing to take to protect a player it wouldn’t be able to keep otherwise.

And besides, handshake deals happen quite often in the NHL and this particular deal behooves both parties.

The final two forward spots and the last defenseman spot will be areas to watch for Kraken fans.

For now, we’ll go with Sprong — a 23-year-old winger that figures to stick on the Capitals roster this season — and Panik. That leaves TJ Oshie unprotected, and we’ll get into that later.

The final spot on the blueline comes down to Siegenthaler and Brenden Dillon, and the former’s youth is the tiebreaker. Even though the Capitals signed Dillon, a former Seattle Thunderbird great, to a four-year contract worth $3.9 million per season, both players have similar roles and impacts on the ice as bruising defensemen that can play on the penalty kill.

Alright, let’s address the elephant in the room.

Oshie was born in Mount Vernon and grew up in Snohomish County before moving to Warroad High School in Minnesota to ignite his hockey development. But before that, Oshie developed through the Seattle Junior Hockey Association. Oshie, 34, is perhaps the Pacific Northwest’s foremost local product and would be a hometown favorite immediately if the Kraken selected him.

Along with Oshie’s local ties, his $5.75 average annual value contract could be appealing to the Kraken, who need to surpass the $60.24 million salary cap floor. There are far worse players than Oshie that can help Seattle reach that threshold.

As far as his impact on the ice, Oshie’s profile is a little tricky to evaluate. The winger’s corsi-for percentage at 5-on-5 has hovered just over 50 percent every year since Washington brought him over from St. Louis, which is average. He’s proven to be a lethal offensive player for a lot of his career, but his 10.6 expected goals above replacement last season, per Evolving Hockey, is his lowest since 2013-14.

It leaves one to wonder how many uber-productive years are in Oshie’s future, but for now, Oshie can be counted on as a consistent offensive contributor.

If Seattle wanted another younger forward, there happens to be another option with local ties that will be available in the Expansion Draft from the Washington Capitals.

Garrett Pilon, who the Everett Silvertips traded for at the WHL trade deadline during their Western Conference championship season in 2017-18, put up good numbers with the American Hockey League’s Hershey Bears last season. The 22-year-old, who is a restricted free agent this upcoming offseason, doesn’t likely project as a top-six forward at the highest level, but he may be an NHL contributor soon.

Dillon would be a good option for Seattle if he’s available, not just for his local ties, but because of his sound game in the defensive zone and because he’s signed through the 2023-24 season.

Justin Schultz, 30, a second-pairing type of rearguard with offensive flair, is another option. Nick Jensen, 30, would also be worth a look for Seattle.

With a litany of salary cap issues looming, the Capitals are potentially ripe for a side deal.

CapFriendly.com projects Washington to possess just over $12 million of cap space entering the next offseason. Assuming Ovechkin demands a contract with an AAV of around $9-10 million, Washington will have around only $5 million to sign Vrana, Siegenthaler, and Samsonov.

That probably won’t get it done.

The Capitals don’t have a very deep farm system — The Athletic’s Corey Pronman ranked Washington No. 30 in his organizational rankings this offseason — but perhaps it might not take much to ensure Seattle selects a player like Oshie, who the Kraken may be interested in taking anyway, and his cap hit off the books.

Of course, this all may be for not if Ovechkin signs a backloaded deal or Washington uses long-term injured reserve to save cap room. But until then, the Capitals need to do some cap gymnastics or risk losing a promising young piece.